A slick new hotel has opened on Foveaux Street with a ‘70s disco vibe. 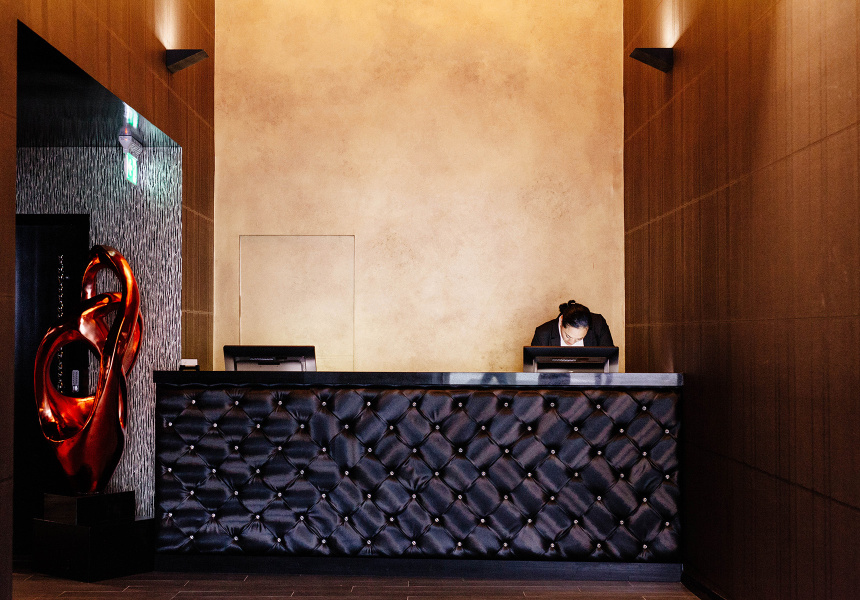 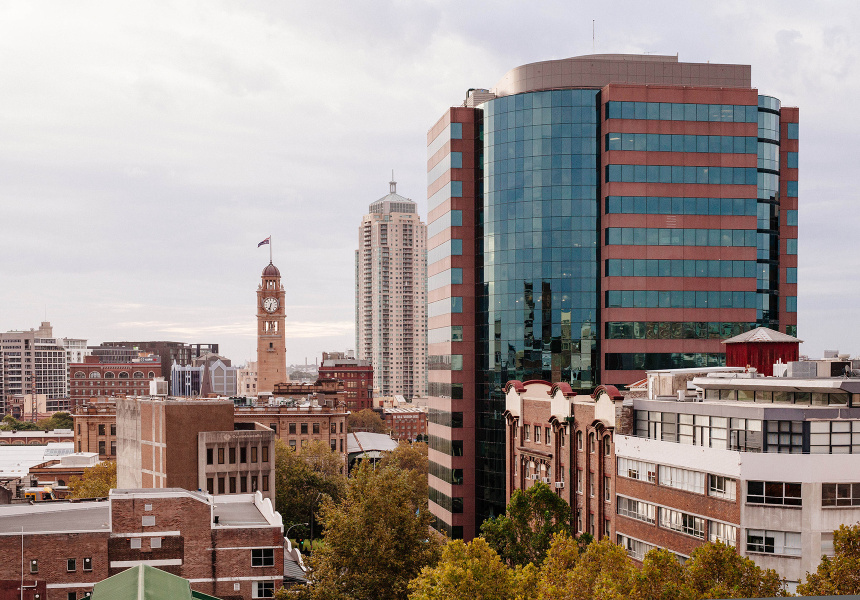 When opening any new hospitality venture, delays are to be expected. When 57 Hotel opened on Saturday, it defied those expectations by not only opening on time – but by being two weeks early.

Deciding to open early hasn’t hurt business. On Saturday night the four completed floors (there are six altogether) were booked out immediately, meaning final touches are very hurriedly being put in place. A few amenities are still being sorted and final details are being arranged for add-ons such as a room-service partnership where guests will be able to order food and booze from two doors up at Foveaux Street Dining. “We’re running around making sure that TV controls and aerials and everything are in the proper place,” hotel general manager Nicole Xanthos says laughing. “And we’re trying to open some more floors.”

The 92-room boutique hotel is aptly named, with 57 Hotel denoting both the building’s location (57 Foveaux Street) and its design influence – the Hotel’s branding mirrors that of the famous 1970s New York club, Studio 54. It’s ideally located, too; close to a huge range of Surry Hills cafes and restaurants and stumbling distance from the area’s many bars.

From the seventh floor, guests are treated to bird’s-eye views of the 2010 postcode. Rooftops and backyards show the striking contrast of the recently gentrified ‘burb: rusted-out hills hoists, with clothes hanging out to dry and graffiti-covered, decrepit warehouses sit comfortably next to fabulous rooftop terraces with designer outdoor furniture. You also get a view from the sunken lobby through the eye-to-kneecap window; curious onlookers and pedestrians streaming past on Foveaux.

Xanthos has lived in Surry Hills for 15 years and, “knows it inside and out”. This helped when overseeing the design of the hotel. She says the goal is to, “Really keep with the urban footprint,” of the aesthetic-conscious suburb.

Lexis Design worked on the lobby interior, and 57 Hotel’s good looks (and perhaps the house music through the lobby speakers) have already attracted some Sydney tastemakers – it has been used for a photo shoot involving Romance Was Born.

All of the six room types (with names such as Dancing Queen, Studio 57 and the Disco Double) come with free wifi, free in-house films, Urban Skincare products, and complimentary coffee and pastries. With such a strong opening, 57 Hotel may become a new staple in this ever-changing ‘hood.