The 2020 Sydney Festival Program Has Just Been Announced, and It’s a Cracker

The program includes a girl-power musical inspired by Beyoncé and Rihanna and a three-course whisky-fuelled meal to be enjoyed while an illusionist creates magic around you. Plus get hooked up to a lie detector. 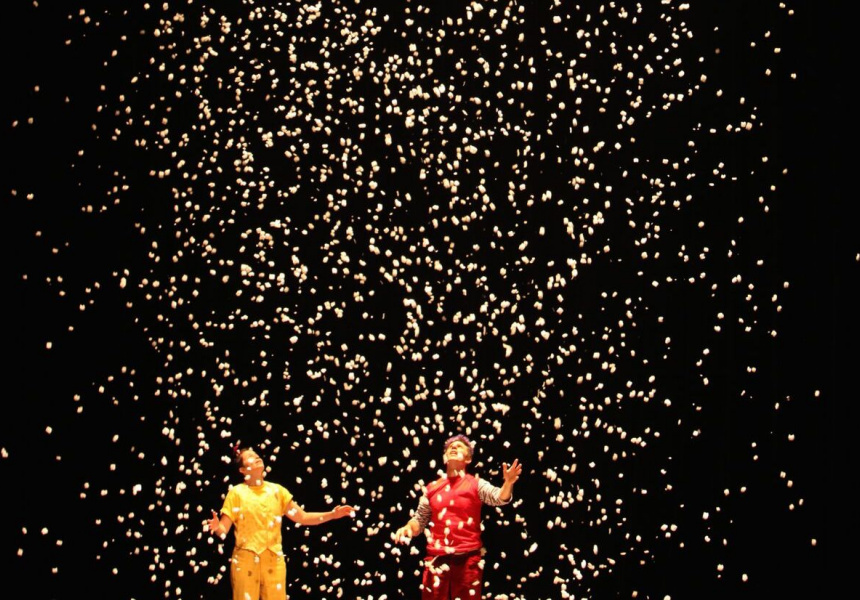 Arts festivals develop their own personality and under director Wesley Enoch Sydney Festival has become an event that hosts the latest international productions in addition to quirky, intimate, bespoke, often local shows.

And for the 2020 instalment – which happens across the city from January 8 to 26 – it’s the type of event where you can experience an immersive sound installation while lying on the floor of a huge hall, and get hooked up to a lie detector in front of a crowd.

First the international works. The play is now well run-in (coming to Sydney direct from New York) but Enoch negotiated with French director Cyril Teste in 2017 to get Opening Night. It’s a radical staging of John Cassevetes’s cult movie, and it explores an ageing actress facing her demons.

The long-awaited Six – the girl-power musical that has been wowing the West End – comes to Sydney too. Inspired by Beyoncé, Rihanna and Ariana Grande, it’s a modern retelling of the six wives of Henry VIII, presented as a pop concert.

Making a bold visual statement is Air Play. US circus duo Seth Bloom and Christina Gelsone make playthings of air and gravity with larger than life balloons, flying umbrellas and giant kites. A good one for the family.

At the other end of the scale are the small, cosy shows. “Our Salon Series continues – intimate experiences with maybe 40 people that can happen anywhere – the Quarantine Station at Manly [Ensemble Offspring] or the Seidler Penthouse in Milsons Point [Nashville guitarist William Tyler],” says Enoch.

Bronze Lands is Australian-Irish sound artist Robert Curgenven’s modern musical journey for amplified organ, best heard lying on the floor of the spectacular Centennial Hall. “I like to say that organ will move your organs as it moves through your body, through the air, one of those great festival experiences,” says Enoch.

There’s also the award-winning social experiment Truthmachine, which subjects one audience member to a lie detector test while a small crowd looks on; an interesting trial in an era of state-sanctioned lies and fake news. TV presenter and commentator Benjamin Law is among five Asian-Australian storyteller-cooks who will entertain you with their personal tales while cooking in Double Delicious. At the Illusionist’s Table is a sit-down dinner with UK mentalist Scott Silven – a Melbourne Festival show that sold out within five hours.

Enoch is rightly proud of heading up a festival that commissions 46 local works. “Commissions for me are about looking at who we are right now. Artists play a role in telling our stories and it doesn’t seem the larger arts companies have the resources to take high risks on their own, so we’re collaborating a lot more now,” says Enoch, referencing previous Sydney Festival collaborations Counting and Cracking, The Secret River and Black Diggers.

Black Ties is a hilarious theatre work that tells the story of Maori and Aboriginal families that are brought together to celebrate their children’s nuptials in not-altogether-happy circumstances. Anthem sees the writers of the searing Who’s Afraid of the Working Class? return to examine Australia today. It’s a ferocious, funny insight into class and cultural ideas from the screenwriter of Lantana, Andrew Bovell, and Christos Tsiolkas, writer of the novel The Slap, among others.

Contemporary dance innovator Nick Power collaborates with two all-female hip-hop groups, Western Sydney’s Riddim Nation and Paris-based Lady Rocks, for Two Crews. It explores the different traditions of the art form. Another commission celebrates the 30th anniversary of the upbeat, joyful Aboriginal musical Bran Nue Dae (which was then made into an award-winning film) in conjunction with Opera Australia.

The Spiegeltent in Hyde Park will return with a must-see line-up including Poof! (“What else would a gay magician call himself?!”), band Regurgitator’s G-rated family show, and masked Canadian country music artist Orville Peck – “Think Roy Orbison-meets-ballad-y-Elvis-meets-Pet Shop Boys.”

Enoch continues to look at the rituals and ceremonies – or lack thereof – around January 26, this year inviting people to join an elders-led smoking ceremony through the CBD. Proclamation is a chance for 1000 Sydneysiders to design their own flags for 250 flagpoles at Barangaroo, “a not-so-subtle comment on Cook’s landing and the fact that apparently if you raise a flag you can own something,” says Enoch.