With rooftop rollerskating and six arts hubs designed to revitalise the city’s nightlife. 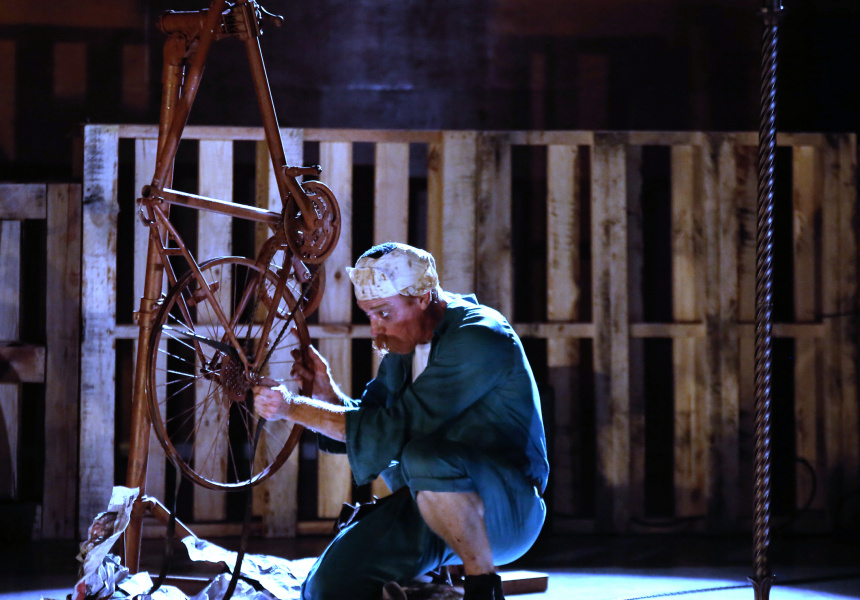 “Bin chickens” (ibises), The Sydney Opera House, two-hour parking signs and the Kings Cross Coke sign all feature on the custom Fringe prints made for the 2018 Sydney Fringe Festival. It is being used on the festival programs and was designed by Frida Las Vegas and produced by local fashion house Nicol & Ford to reflect this year’s vision.

“We’re all about putting the ‘art’ back into ‘party’. We want to get our whole creative community on board to remind Sydney what we have, and to amplify the offering … to get as many people [as possible] off their couches and away from Netflix and into venues [to see] live performance,” says Sydney Fringe CEO and festival director Kerri Glasscock.

The Fringe is NSW’s largest independent arts festival and the 2018 performance-packed program will be presented at six hubs across the city during September. There will be more than 400 shows, including 120 world premieres.

“It is the area hit the hardest by the regulatory restrictions the city has faced over the past few years and we wanted to use it as a statement piece in a positive way to re-engage the city’s audiences with a beloved part of our city,” says Glasscock.

The festival launch party, Fringe Ignite, takes place there on September 1. It will invigorate the shopfronts, venues and streets with a program of live music and performance curated by musician and 2018 Fringe ambassador Thelma Plum.

For the first time the festival will also present a dedicated western Sydney program. The Liverpool Hub will have six nights of free entertainment, an outdoor digital-animation cinema and more shopfront takeovers. And in Parramatta, Friday night pop-ups will enliven the CBD with free live music performances.

Among Glasscock’s top picks for the 2018 festival is the inaugural Archie Rose Touring Hub. Not to be confused with the Sydney bar of the same name, it’s instead a collection of award-winning performances touring from fringe festivals around the world. It’ll be at the Old 505 Theatre in Newtown.

Other highlights include The Women of Chasing Smoke, a show offering a glimpse into the world’s oldest living culture told through contemporary circus, created by Australia’s only Indigenous circus group, Casus. There’s also the non-competitive dance competition Disco Not Disco and an intimate cabaret-noir performance by musician Jex Lopez.

And the one Broadsheet is looking forward to? A roller rink and pop-up store on the rooftop of Broadway shopping centre. For the whole month, punters can roll and then check out and buy wares by Nicol & Ford and Frida Las Vegas (which are also behind the 2018 festival print).

Glasscock says husband and wife duo Katie-Louise and Timothy Nicol-Ford, who are Sydney-based custom atelier Nicol & Ford, are about “uncovering lost histories” and sourcing and selling a selection of vintage clothes from the Victorian Era up to the 1940s. Stavroula Adameitis creates colourful limited-edition art, fashion, illustration and jewellery pieces under the name Frida Las Vegas. She uses Australian popular culture and a new-wave aesthetic to influence her work. 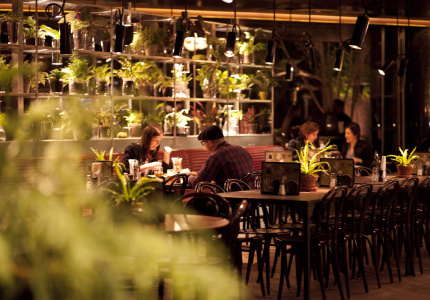