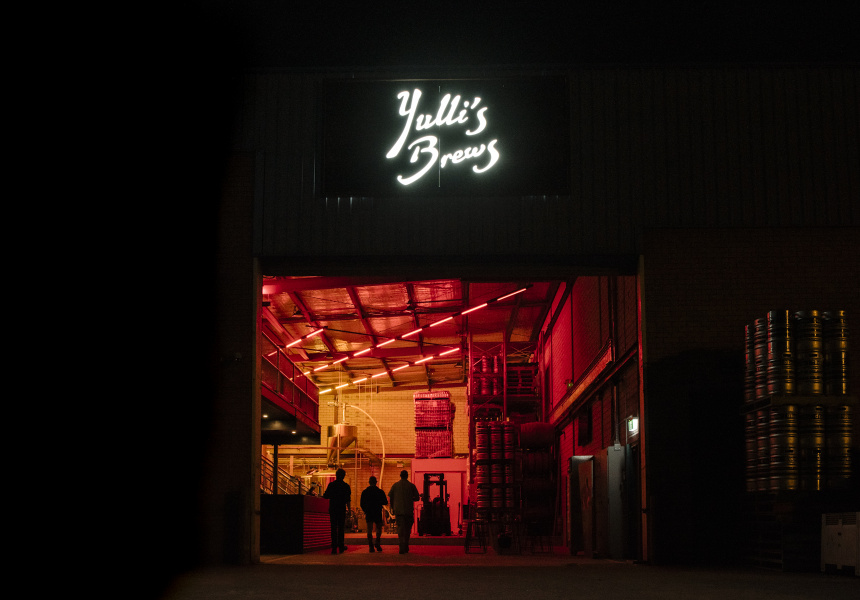 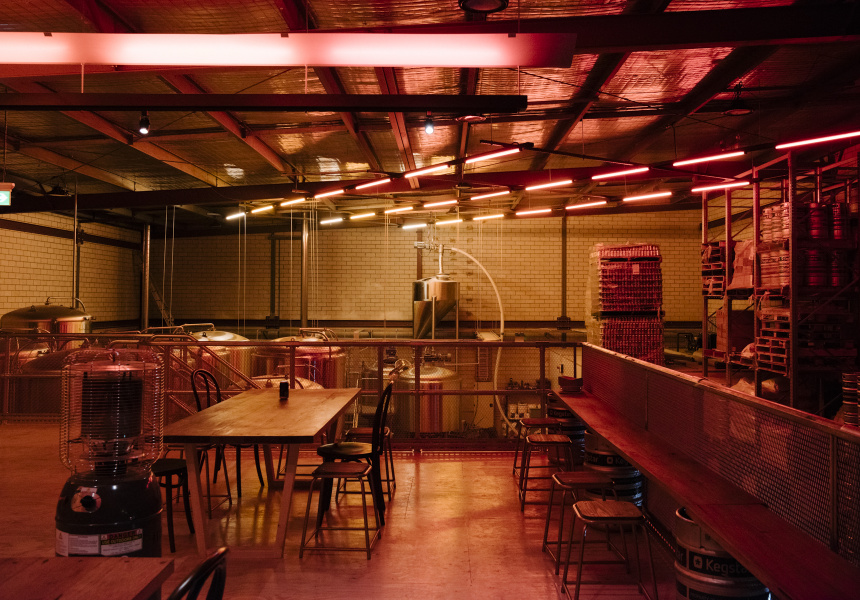 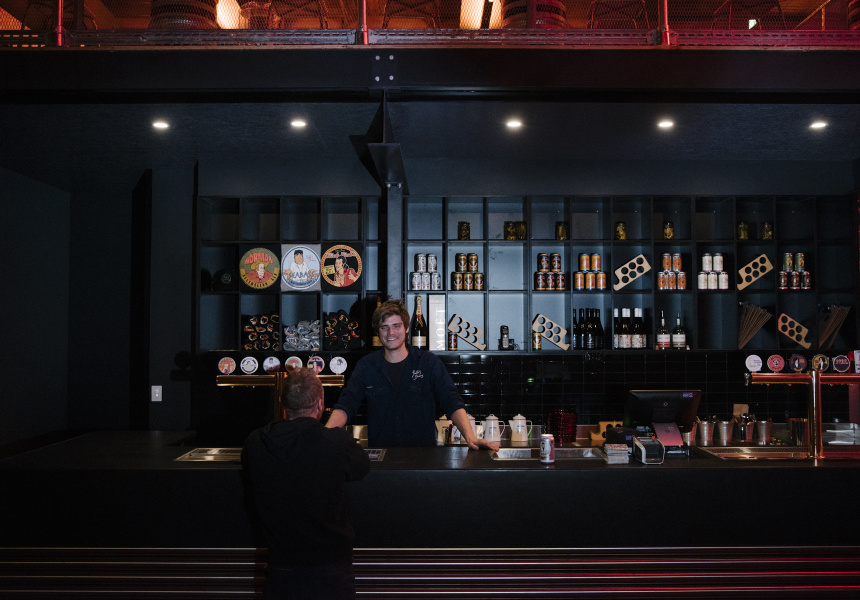 Yulli’s Brews is by Karl Cooney and head brewer James Harvey, who originally began crafting beers for vegetarian restaurant Yulli’s in Surry Hills. When they won first-prize at Vic on the Park’s 2014 Home Brew Competition, the duo knew they had something. Now they supply their vegan pours to more than 200 pubs and bottle shops across the country.

The brewery is in an Alexandria warehouse space. The bar is on the ground floor and has large tables and bar-style stools. On the mezzanine there are repurposed tables and chairs good for a sit-down meal overlooking the brewery.

There’s also a fully stocked bar of vegan wines – all from NSW – plus local spirits, such as gin from nearby Archie Rose.

Food is influenced by the cultural backgrounds of the Yulli’s crew – Vietnamese, Korean and Greek, with sprinkles of native ingredients such as bunya nut and lemon myrtle. There are handmade dumplings, gyros made using house-made flatbread, and a generous selection of sides and desserts.