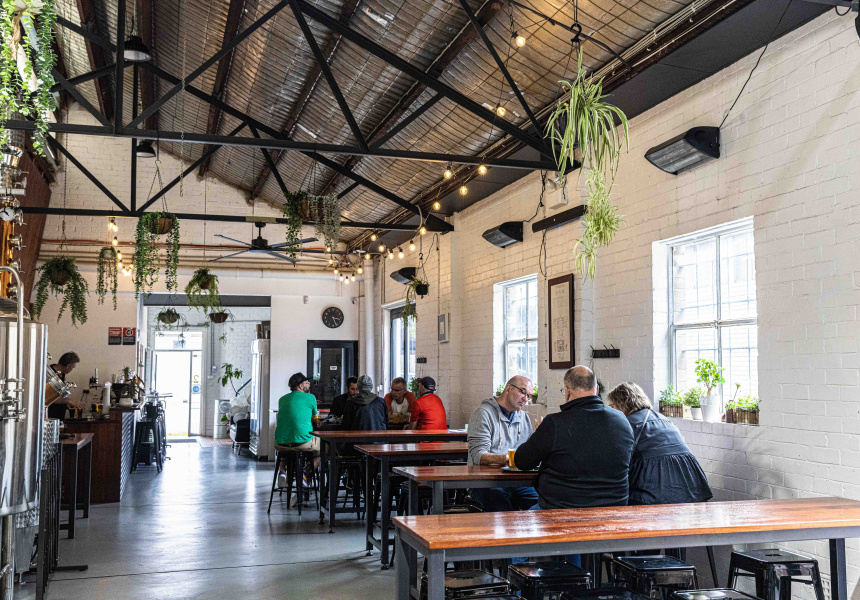 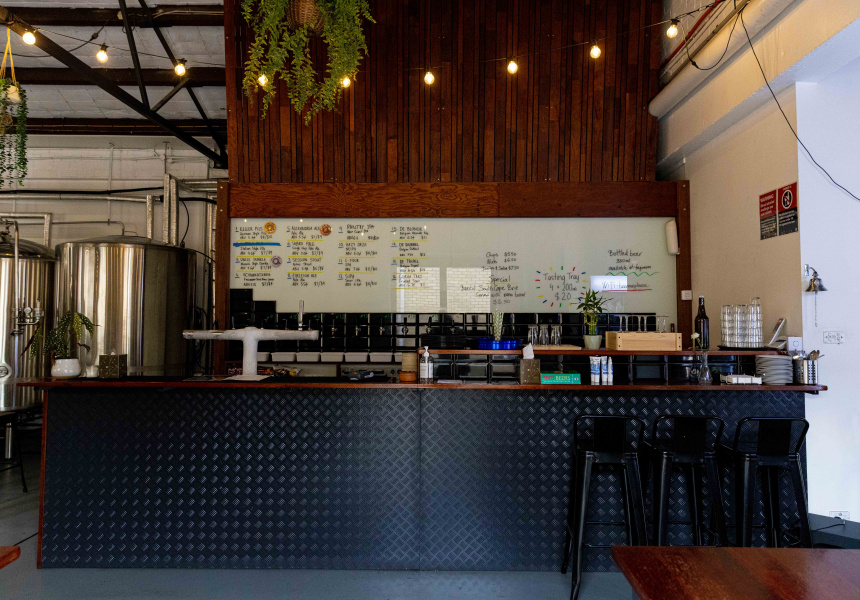 Old-world European beer styles are few and far between on tap lists across Sydney, particularly in the hop-focussed craft beer scene. But this small, family-run operation champions traditional Czech pilsners, Belgian Blondes and more from their spacious tap room in an industrial corner of Alexandria.

Led by head brewer Kirk Bozinovksi and his wife Dragana, 2 Halfs is named for its dual concerns: most of the production space is occupied by a gleaming brewhouse and fermentation tanks for beer. But in amongst the towering silver steel is a copper still – named Zora after Kirk’s mother – for producing gin, whiskey and eastern European spirits such as schnapps and rakia.

A white board behind the bar displays the brews of the day, though it’s not all about the old-world. The Bozinovskis also do justice to modern styles such as the hazy IPA and fruited sour, and there’s invariably something new to try each time you visit.

To offset the effects of some of the boozier Belgian numbers, there are crowd-pleasing pizzas made in-house and grazing spreads of cheese and charcuterie.

Combined with the European-accented beers, the space has the vague look and feel of a German bierkeller (beer hall), with high benches lining one side of the room and hanging greenery throughout. If you’re bouncing between any of the surrounding breweries (Yulli’s and Bracket Brewing are dangerously close by) you can’t miss this place – a giant mural wraps the building in colour.