Classes at this new Paddington studio are more high-intensity and upbeat than your average. And with only nine reformer (and jumpboard) machines, they’re more personalised, too. 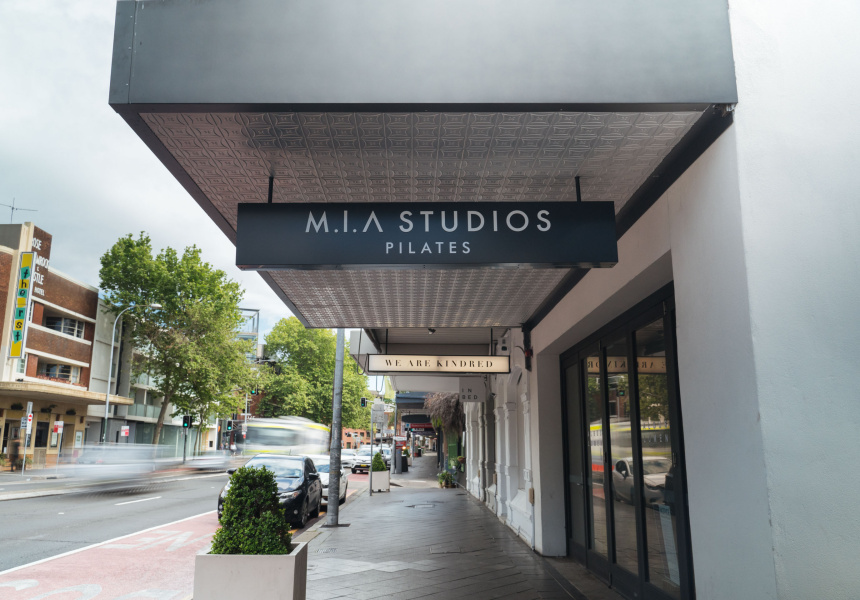 Robin and Kamilla Tate were living in London when they met, and it was Kamilla who suggested a pilates class for a date. “I had no idea what to expect, but I was quite keen on her so I thought I’d give it a go,” says Tate. “I played football and rugby, so I thought it would be a piece of cake. But I was surprised by how challenging it was.”

Tate was also surprised by the impact it had on his body. “As a bloke who played a lot of football it really helped with stopping me getting injured and made a big difference to my body, so I carried on doing it.”

By the time the couple moved to Australia in 2017, he was officially hooked and decided to take his love of Pilates a step further, qualifying as an instructor later the same year.

“[Kamilla] works for Google and was given a job in Sydney, but I didn’t have a visa. So it was the perfect opportunity to leave my job and pursue the end goal of having my own studio,” says Tate.

Formerly the head of media planning and buying in Europe for Yahoo, he is now the co-owner of Paddington’s new MIA Studios, which he runs with Kamilla. He strongly believes Pilates should deliver upbeat endorphins as well as abs.

“We’re not a big faceless franchise where the classes are all the same,” says Tate. “Each of our instructors has their own personality and we’ve worked hard to create a welcoming environment where people can come in and truly enjoy themselves.”

Classes run from Initiate for beginners to Elevate and Levitate for intermediate to advanced levels. But wherever you sit on the Pilates spectrum, you’ll find the boutique studio captures the sense of community and style that defines Paddington.

“When Kamilla and I moved to Paddington, we loved the neighbourhood feel and the bustling atmosphere,” says Tate. “We wanted to create a similar sense of that within our own studio and very quickly found there was a little community of people chatting with each other during class and bringing along their boyfriends and their mums.”

The first thing that greets you when you descend the staircase to the subterranean space is a hot pink neon sign that reads “Pilates: My Inner Addiction”.

“When I started Pilates I found it pretty addictive straight away. So when we were coming up with a name for the studio we wanted to get that feeling across,” says Tate of the MIA acronym.

Creating the MIA branding was also a nod to the couple’s four-year-old daughter Mia who, together with their two-year-old son, is a regular in the space that also offers Mums & Minis/Dads & Dudes classes for parents to bring along their bubs.

“We have an area for prams and you can jump off the reformer anytime you need to do a feed or have a play,” says Tate.

With just nine reformers (a machine that adds resistance to your Pilates workout), the studio offers a bespoke experience that also includes one-on-one sessions and jumpboard classes (jumpboard is a spring-tension board that converts a reformer into a horizontal jumping machine). The classes are more dynamic and upbeat than the slow-burn Pilates standard.

Opening onto a laneway shared by al fresco cafe and bookstore Ampersand, the studio is an airy warehouse-style space designed by Kamilla with a little help from locals.

“Originally, we wanted it to be very urban and gritty. But our friends up the road have a customisable furniture store called Reddie so we asked them to help us soften it,” says Tate.

The result is a chic reception area with a marble coffee table and elegant divider screen to separate it from the exercise area.

“We have people for 50 minutes of their day that they’ve carved out, so we want to make it the most rewarding experience they can have,” says Tate. “I try to provide good energy and enthusiasm, while challenging every single person who comes in.”

Testament to this approach are the rave reviews on ClassPass, running from “Loved it! I’m addicted” to “Tate is a brilliant instructor” and “One of the best Pilates classes I’ve ever taken.”

I tried a couple of classes found Tate’s teaching style exhilarating: his high-intensity, full-body conditioning Elevate class was more dynamic than the usual Pilates, but not out of reach for a relative novice. I also took an Initiate class, which had an emphasis on technique and control for beginners, but still had me feeling the burn the next day.

“We’re definitely not traditional or rehabilitative Pilates,” says Tate. “We are very controlled but much more fast paced. We want people to feel they’ve spent their money and invested their time in a really good workout.” 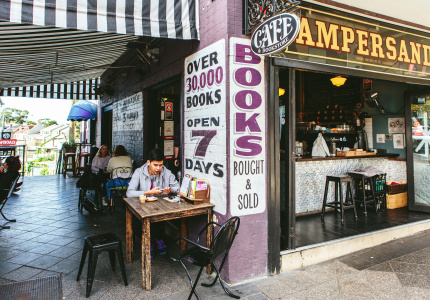 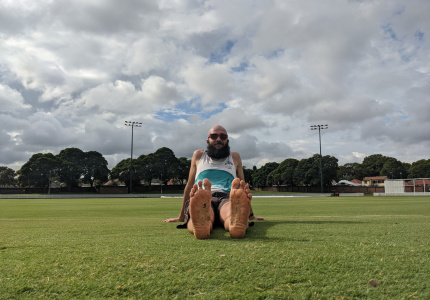 Streets of Your Town: This Sydney Runner Has Pounded Every Pavement in the Inner West