Now Open: Scout Pilates, a Studio for Fitness Without the “Beach Body-Ready” Rubbish

Improve functional movement in a beautiful, friendly studio. Then have tea in the lounge, or a beer at the pub nearby. 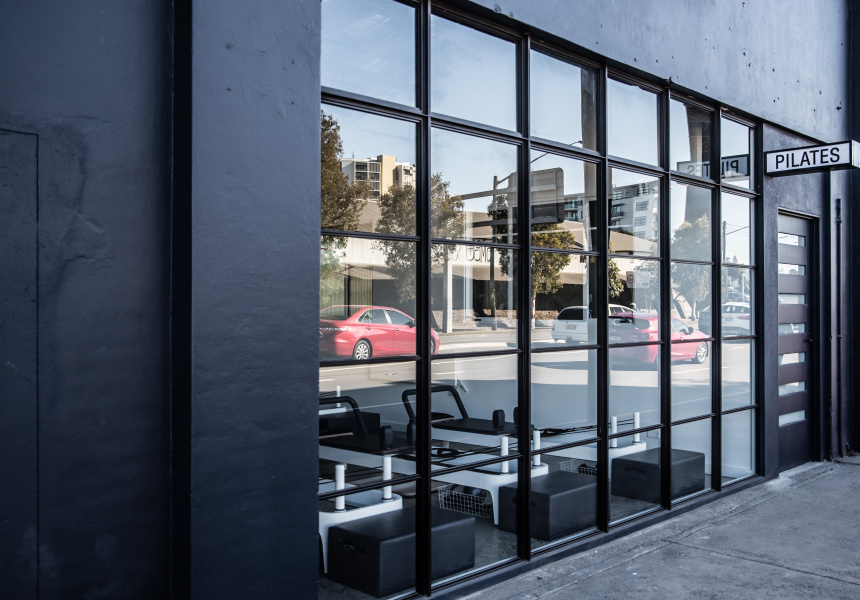 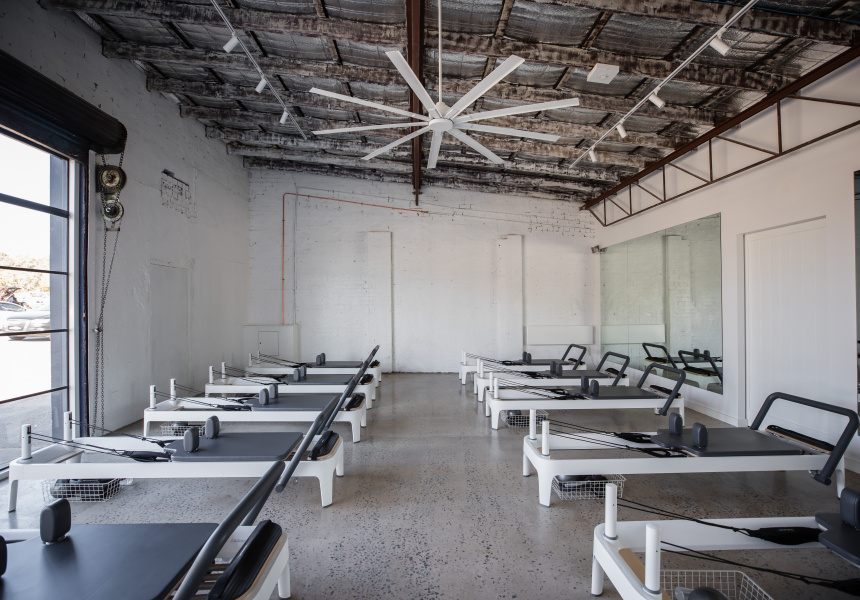 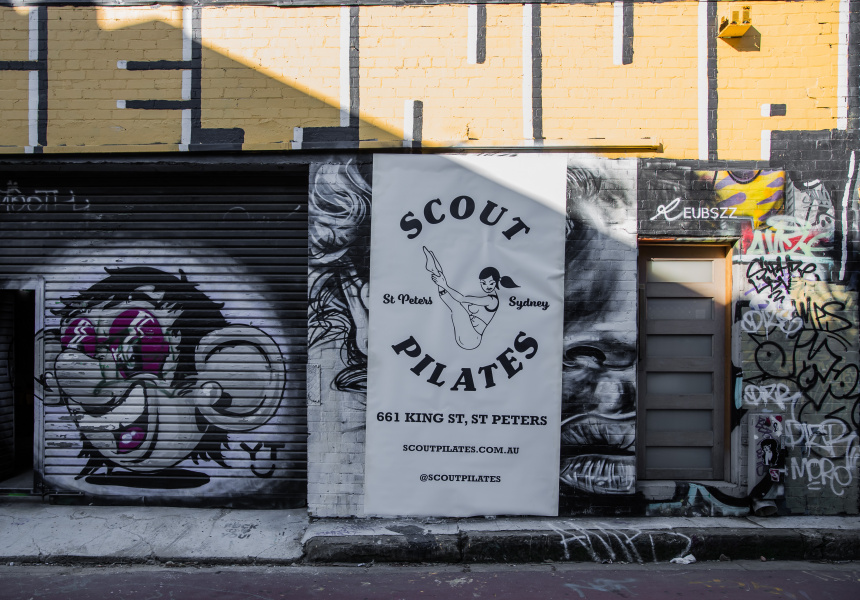 When Lucy Beaumont couldn’t find the kind of Pilates studio she was looking for, she decided to start her own. “Pilates can often be quite intimidating and exclusive,” says Beaumont. “That’s the opposite of what I wanted.”

Beaumont, who was a Pilates instructor in New York, has converted an industrial warehouse on King Street in St Peters into two studios for mat, reformer, jumpboard and barre classes. Scout Pilates is an inclusive, community-oriented space that prioritises a relaxed and fun atmosphere over stern instructors and austere white walls. It’s a pretty studio – one for people who like to exercise but who don’t base their identities on it. “At the New York studio I worked in, Pilates was just a regular part of your day and you might go to the bar for a drink afterwards with your friends, rather than go for a green juice and talk about fitness,” she says.

That alternative vibe began at the Scout launch party last month, at which guests enjoyed wine by Newtown’s P&V Wine & Liquor Merchants, beer by Yulli’s Brews in Alexandria and Kombucha from Mailer McGuire in St Peters.

There are no “beach body-ready” mantras. Scout is instead focused on improving its clients’ confidence and functional movement. “Pilates can really help you with your daily life because it incorporates things like core work to help people who sit at a desk all day, and lunges to stretch out runners and active people.”

There’s also a focus on pre- and post-natal members (there are “Mums and Cubs” sessions), so the studio features top-of-the-line Balanced Body’s Allegro 2 Reformers. Their slightly raised height makes them easy to use for pregnant people and those with injuries. There’s a spacious reception area, a lounge to drink tea and hang out in, bathrooms with luxurious showers, and lockers that charge your phone. Fresh flowers, exhibitions of work by local artists and a soundtrack of upbeat music round out the good vibes. Classes start at $25 a session can be paid for on a casual basis, or most come in packs of 10 or 20. There’s also the option of one-on-one instruction, and a membership fee of $65 a week gets you unlimited access.

The trained nutritionist has instructed Pilates across Sydney and thought there was a gap in the inner west for something like Scout. “There was definitely nothing cool and accessible around here that would cater to people like me,” she says. “Everyone who comes in here says something like this was missing so we’re hoping to really engage with the locals.”

The locals are into it too. "Even the Botany View Hotel has put up a notice saying ‘You should go to Scout Pilates and then go for a beer’.”

This article first appeared on Broadsheet on August 15, 2019. Some details and prices may have changed since publication. 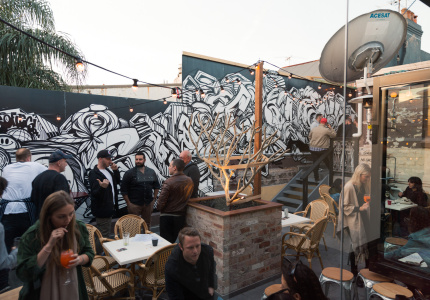