Conquer volcanic rock spires, pass under 600-year-old tropical rainforests to refreshing waterfall pools and discover epic sandstone cliffs within the lush Blue Mountains. Here’s where to get your hiking fix this summer. 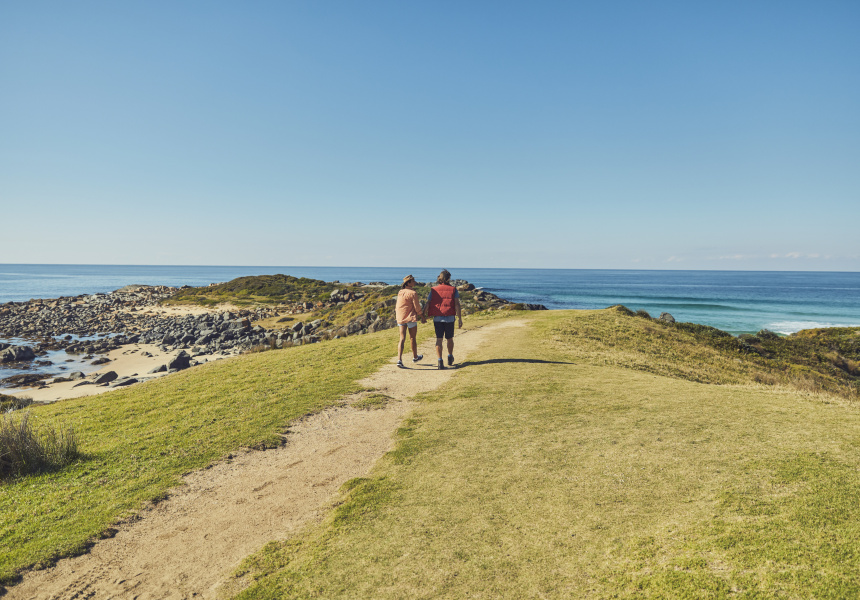 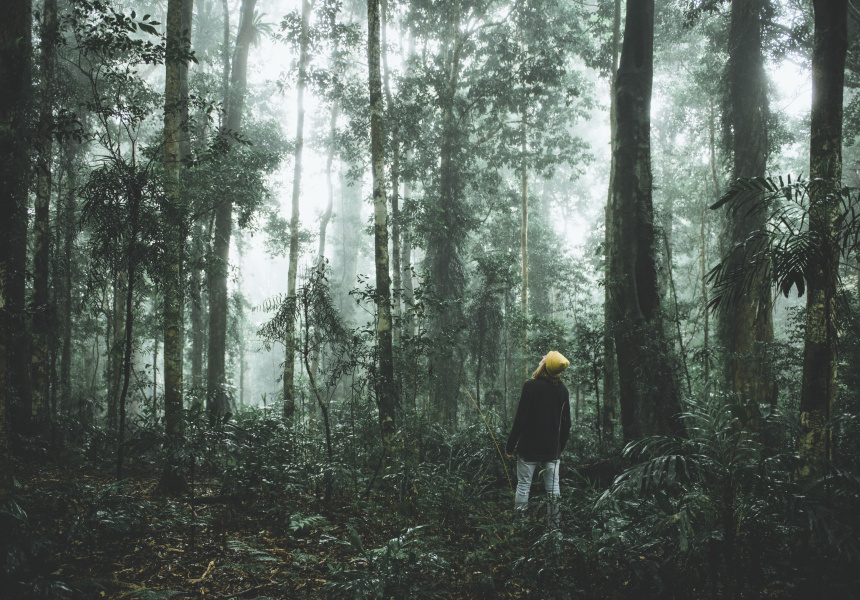 From alpine ranges to ancient volcanic landscapes, vast white-sand beaches and subtropical rainforests, New South Wales’s landscape is immensely diverse. And one of the best ways to experience it is on foot. While there are a stack of walks not far from the city, if you go further afield there are exemplary hikes that show off the best of our region.

Snacks and water are a must, and, in most cases, your togs are too. Of course, it’s important to check if any alerts have been issued before you head off – see the National Parks list here – and let someone know where you’re headed. For added safety you should also consider getting a personal locator beacon.

Breadknife and Grand High Tops walk – Warrumbungle National Park, 14.5-kilometre circuit, five to six hours
Warrumbungle National Park was named Australia’s first International Dark Sky Park in 2016 for its stargazing opportunities. Traditionally owned by the Gamilaraay people, it’s near Coonabarabran (about 550 kilometres north-west of Sydney), and because of things like low humidity, high altitude and generally clear skies, it offers great far-flung views of the starry sky. The Breadknife and Grand High Tops walk is the go-to track, a moderate circuit that takes you over numerous peaks and panoramic views. It’s quintessential Aussie bush out here, and its ancient pedigree becomes evident when you reach the 960-metre-high view over the Grand High Tops, where you’re surrounded by remnants of a once-active volcano.
Find more info here.

Wentworth Pass loop, Blue Mountains National Park – five-kilometre circuit, up to four hours
Wentworth Falls is a stunning cascade in the Blue Mountains National Park, and always worth a visit. This walk follows the two drops of its 187-metre height. Commencing at Conservation Hut, take the left Overcliff-Undercliff track toward the falls. At the head of Jamison Creek, large stepping stones entice you to follow the steep stairs down beside the epic sandstone cliff face (you’ll lose the crowd here too). The hike is a salve on warmer days: the valley cools as you descend and the forest grows denser, and there are swimming opportunities for those brave enough to jump in the alarmingly fresh waterfall pool. Follow the National Pass path from here. If you want an extra challenge, delve deeper into the Valley of the Waters toward the tranquil Vera Falls. Either way, returning via Empress Falls offers a visual immersion of running streams over vibrant green moss – it’s glistening with this season’s rainfall. It’s almost enough to distract you from the continuous journey up and up to the top again.
Find more info here.

Wonga walk, Dorrigo National Park – 6.6-kilometre circuit, three hours
In the subtropical climes one hour west of Coffs Harbour in World Heritage-listed Dorrigo National Park – traditionally owned by the coastal Gumbaynggirr people – this beauty delivers a lush walking and bird-watching environment (there are more than 150 species in this park alone). Starting at the Rainforest Centre, the Wonga walk is an easy circuit via strangler figs, red cedars, orchids and fungi. It passes beneath the canopies of 600-year-old trees, via the gentle cascades of Tristania Falls and culminates in a suspension bridge crossing to the spectacular Crystal Shower Falls.
Find more info here

Bingi Dreaming track, Eurobodalla National Park – 13.5 kilometres one way, four to six hours
For a meandering walk that takes in the grandeur and vastness of the south Eurobodalla coast, try the Bingi Dreaming track. North of Narooma (four-and-a-half hours south of Sydney) and sacred to the Yuin people, it commences at the village of Congo and ambles down to Tuross Head, passing traditional campsites, as well as ceremonial and trade sites. During winter there’s promise of whale sightings and, in summer, plenty of opportunities for an ocean swim between the many lakes, wetlands and majestic scrubby headlands. We recommend arranging a car shuffle so you don’t have to double back, or choosing to do smaller sections so you can really take your time. Guided tours are available for a more immersive exploration of the history of the land and its people.
Find more info here

Dead Horse Gap walking track, Thredbo-Perisher area in Kosciusko National Park – five kilometres one way, 2.5 hours
The alpine terrain of Kosciusko National Park is unmissable, especially in spring and summer, when the Snowy Mountains are rife with wildflowers and flowing rivers. The Dead Horse Gap trail is only accessible in these seasons and forms part of the more than 600-kilometre Australian Alps Walking Track. It’s an easy affair and can be tackled in either direction, starting from Dead Horse Gap or Alpine Way. Enjoy the spindly snow gums, unique mountainous heath and gushing rocky rivers. For a more challenging, full-day hike, look to The Chimneys, a 17-kilometre escapade toward striking scraggly peaks.
Find more info here*

Cowan to Brooklyn, Ku-ring-gai Chase National Park – 12 kilometres, four hours
Cowan to Brooklyn is a section of the 260-kilometre Great North Walk, which links Newcastle and Sydney. This small section is an undulating track across sandstone boulders, dense fern gullies and plateaus to a spot overlooking the calming Jerusalem Bay, at the neck of the Hawkesbury River. Take a picnic and enjoy the serenity down by the bay or at Brooklyn Dam (camping is also allowed here). Once you arrive at Brooklyn, catch the train back to Cowan.
Find more info here

Patonga to Pearl Beach walk, Brisbane Waters National Park – six kilometres return, two to four hours
Another section of the Great North Walk, this delightful jaunt climbs between the two bays of quiet Patonga and Pearl Beach villages on the Central Coast. Think large palms, fern trees and eucalypts towering above the path, and striking views atop the rocky ascent overlooking the ocean. Take your towel and swimmers to relax on the beaches on either side, or you can enjoy a drink at the Boathouse on your return to Patonga.
Find more info here

Ruined Castle walking track, Blue Mountains National Park – 6.6 kilometres return, four to five hours
There are unlimited routes to take to enjoy the Blue Mountains, but this walk is a great option for anyone wanting amazing views and a cross-section of what the mountains have to offer. Starting near Katoomba with the difficult Golden Stairs, you should keep an ear out for lyrebirds as you ramble down into the densely planted Jamison Valley, passing by the ruins of an old mining route. Adrenaline kicks in when you commence scrambling up the rocky boulders of the Ruined Castle – a beautiful and iconic mountain rock formation. There you’ll enjoy expansive views over the beautiful, hazy valley.
Find more info here

Check with NSW National Parks ) for alerts and closures before embarking on any walk. 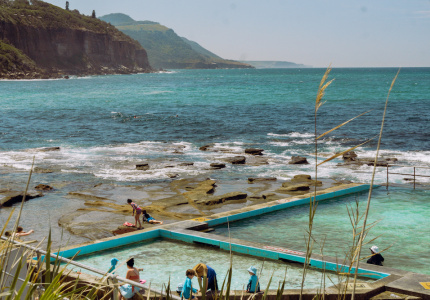 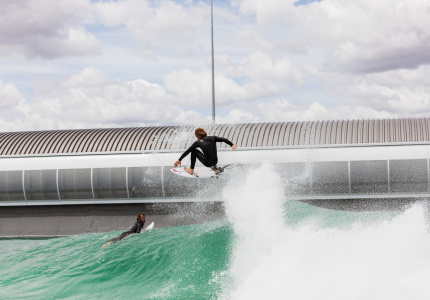 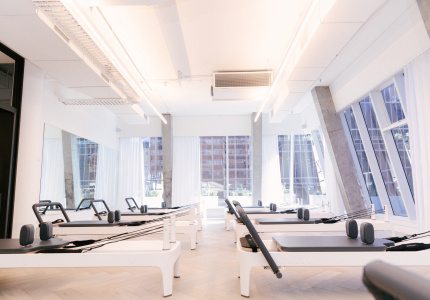