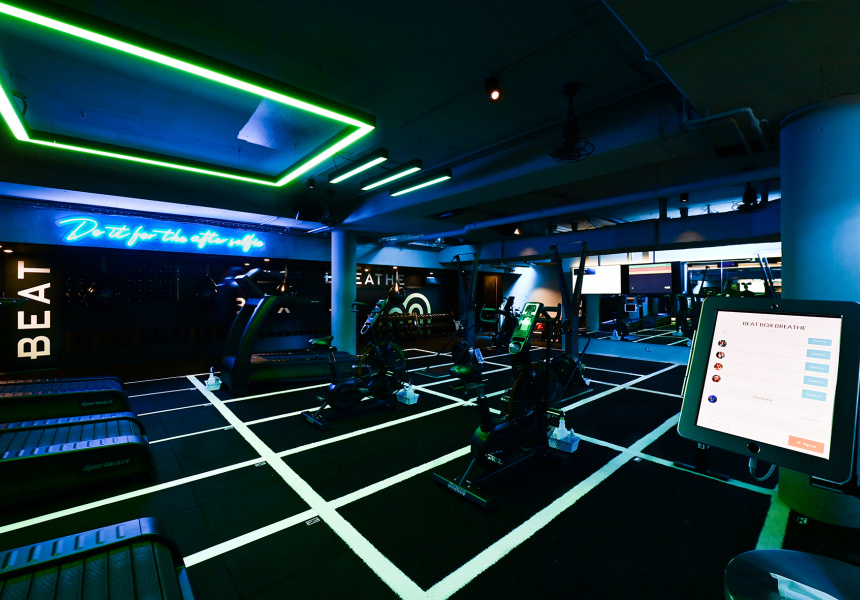 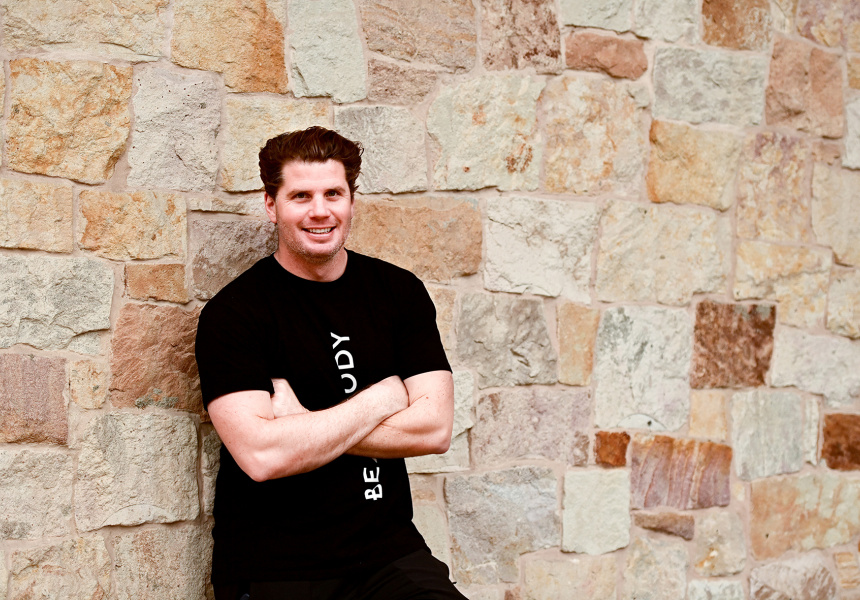 Beat Box Breathe happens on Saturdays at 8am and offers a chance to sweat things out, then slow things right down. It’s a cathartic mix. The class starts with a short warm up on a machine of your choice: treadmill, Schwinn assault bike, rowing machine or cardio ski trainer. The class is then split evenly between cardio, boxing and time to stretch and relax (the “breathe” part).

Fast-paced sets of interval sprints and circuit training get the heart pumping, and you rotate frequently between machines and circuits, switching from boxing to burpees to weighted squats, to modify the intensity of the workout – which is, well, quite intense. There’s also a quick jog around the block to get some fresh air.

It culminates with a few simple stretches and a restorative lie-down on a yoga mat – similar to the savasana practice in yoga. This is a chance to relax – but, instead of chanting or soothing, nondescript music, it’s soundtracked by loud, emotive bangers intended to drown everything else out.

Founder Tom Sproats (formerly of Scenic Cycle in Manly and the CBD) says he enjoys working out in a space that feels like a nightclub, so his workouts always incorporate music. “We try and use music to help take our members on a bit of a journey, to unwind, release and lose themselves to the beat of the song.”

Instructors curate a 10-track playlist for each individual class. When we visited, it featured a mix of pop and R’n’B bangers, including Destiny Child’s Survivor and a Whitney Houston remix. The workout crescendos are timed to coincide with the song climax, building the intensity to the point you could almost forget you’re exercising. Until the fifth round of weighted squats hit, that is.

Beat Body isn’t underground, exactly, but it feels it, tucked in the corner of the piazza between Burton and Palmer streets. It’s dark and compact, with neon-blue lights and a grid-lined workout space surrounded by machines, weights and boxing bags. The music is very loud. “The atmosphere,” says Sproats, “is what makes it a transformative experience.”

He acknowledges that for some, exercise is far from their favourite activity. He wants to change that. “What’s interesting about Beat Body is that a lot of people who sign up haven’t done a lot of exercise before and never really found their groove in a gym, [but they] feel at home in this concept.”

Along with the new class, the current schedule includes signature Beat and Box HIIT classes, plus sessions focusing specifically on strength, circuits, toning and core. Each class is limited to 18 people, so members need to book classes ahead. 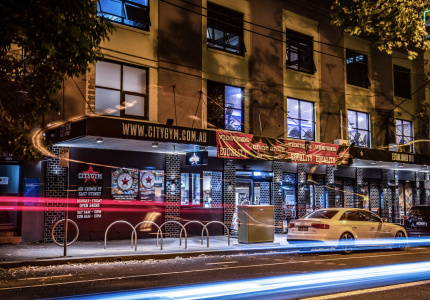 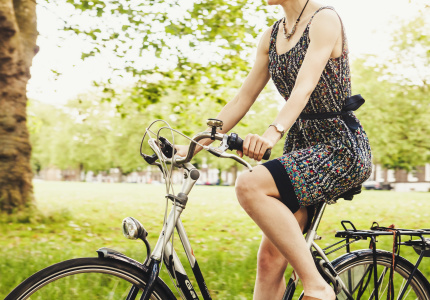 Places We Swim: Find Castle Rock Beach in a Tiny Cove Set Against a Backdrop of Native Bushland