Every cent you spend will go towards fixing world-heritage canyons, crags and trails. 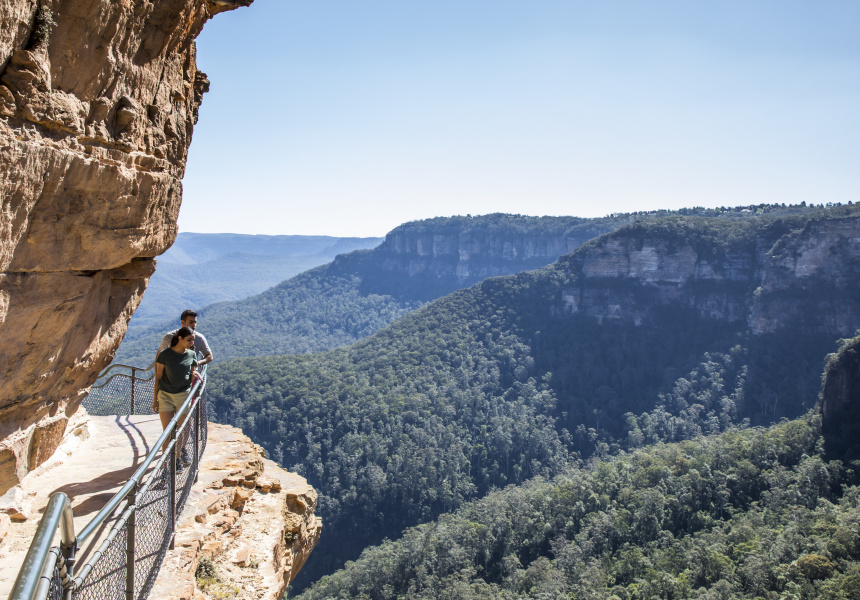 Adventure Aid will take place over the weekend of February 29–March 1, with various guides, companies and organisations delivering a series of adventures, from a two-day climbing trip to an eight-hour abseiling adventure that includes a swim in a chamber lit up by glow-worms. All cash raised will go to the NSW Canyoning Association, CragCare (a volunteer-run organisation that focuses on infrastructure, conservation and upgrading tracks), and the Mount Wilson/Mount Irvine RFS to help make the area’s canyons, cliffs, camp sites and tracks safe for visitors once again.

The Blue Mountains Climbing School will be running a two-day private climbing trip for a group of one to four people, and the Blue Mountains Adventure Company is hosting a mountain-bike trip and a Grand Canyon night tour. The latter starts with an early dinner at 4pm, followed by a downhill walk to a canyon and then a 20-metre abseil. At the bottom of the canyon there’s a naturally formed pool where you can swim in a chamber populated by glow-worms. You’ll then walk out through temperate rainforest and end with a moonlight view of Grose Valley at Evans Lookout.

There’s more abseiling on the Sunday with High and Wild’s Abseil and Empress Canyon trip. You’ll begin with five-metre climbs and build to 20 metres, and experience jumps into rock pools and dramatic scenery. The day culminates with one of the best waterfall abseils in the Blue Mountains, according to the organisers. But if you prefer to keep your feet on the ground, Freeland Hiking Co is hosting a 15-kilometre hike and a gourmet picnic lunch.

“Our awesome guides are donating their labour, while we’re donating the other vital ingredients such as the equipment, transport and insurance to create this amazing Blue Mountains adventure,” says Dan Lewis from Adventure Aid.

Adventure Aid is on from February 29 to March 1. More info here.