Tommy Payne, Anita and Russell Corr, Jake Silvester, of Back Bar at Hylin 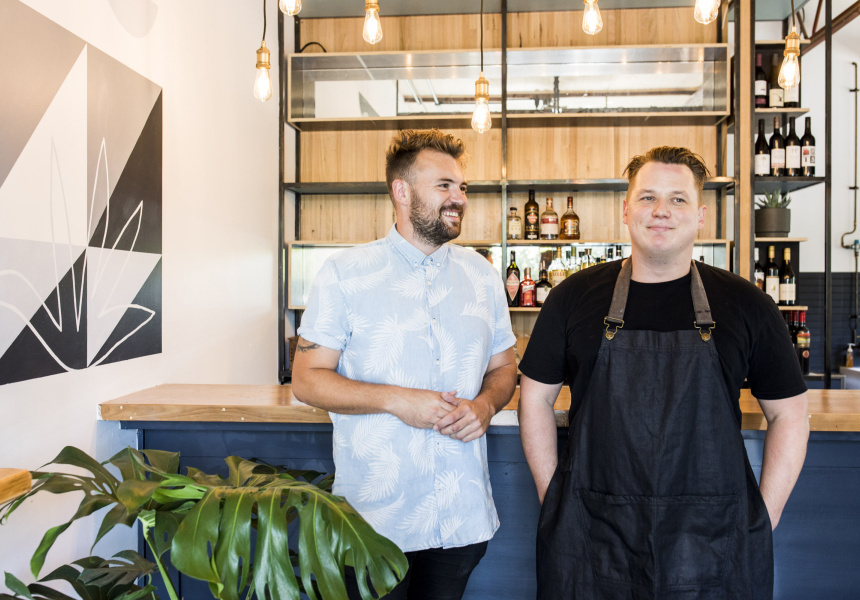 Few things are more comforting than a suburban cafe serving good coffee and eats during the day. Except, of course, when said cafe adds evening trade to the menu.

Back Bar at Hylin is Hylin cafe owners Russ and Anita Corr prosaically named night-time venture. Jack Silvester, a bar consultant, joined the team to manage the bar when it opened in 2018.

It’s not a hard space to like. Taking over the former overflow area at the back of the cafe, Back Bar seats around 30 guests (the bar can accommodate around 55) in a decidedly on-trend space adorned with timber and indoor greenery. A handful of tables overlook Abbotsford Street.

The drink selection is small but considered. Almost every bottle on the wine list is available by the glass and boutique winemakers from Western and South Australia are well represented. A couple of tap beers – such as Coopers Green and Eagle Bay Kolsch – are offered alongside some packaged options. A tight edit of spirits and gently tweaked cocktails (think Daiquiris made with a blend of three rums and Margaritas spiked with chilli) are also available.

As far as eating options go, chef Tommy Payne has written a punchy menu buzzing with flavour. While ceviche tostada and nacho croquettes tip the sombrero to his previous gig as head chef at El Publico, but Mexican is just one reference point. Tucked into soft buns, the fried-chicken sandwich and porchetta rolls make perfect bar-snack fodder. The only question is: do you double down on the addictive hand-cut chips straight away or wait till you’ve finished the ones that come with each burger or sandwich?