The circa 1850s former Warders Cottages have been transformed into boutique accommodation with 11 intimate and elegant rooms featuring handcrafted furniture, QR-code room-service menus and an Australian hotel first – still and sparkling water on tap. 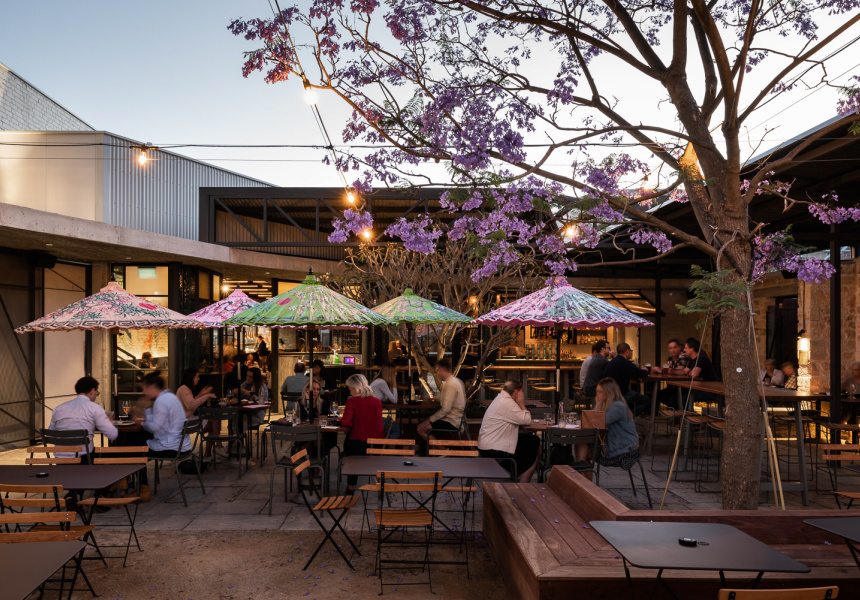 Fremantle’s historic Warders’ Cottages housed the warders of nearby Fremantle Prison from 1851 to 1991. Briefly used for public housing, they’d been left largely vacant since.

Now, after a meticulous restoration, the heritage-listed limestone building – next to the iconic Fremantle Markets – has been transformed into boutique accommodation with 11 intimate and elegant rooms and cottages over two levels.

Current owners W1 Hospitality bought the property in 2018 and enlisted architect Matthew Crawford (of Matthew Crawford Architects) to make over the interior while respecting the site’s heritage features.

“We wanted to ensure a real story was told and that guests had a sense of history ... It’s why you’ll find pieces of storytelling around the hotel and restaurant,” says W1 Hospitality director Patrick Prendiville.

“The most important aspect in terms of keeping with heritage was preservation of the clear sight line from the prison ramp at Fremantle Prison all the way to the back of the cottages.”

“Inside we kept as many original features as possible, like wood-oven burners, window frames, and evidence of the staircases that once joined the cottages’ upper and lower levels,” adds co-owner and general manager Timothy Buckton.

Blending old with new, original timber and stonework have been preserved and combined with contemporary handmade finishes. In the spacious new marble bathrooms, guests will find large rainwater showerheads and luxury products by Appelles. Bedrooms and living spaces are adorned with luxury linen and throws and handcrafted furniture from Mobilia. Other modern additions include a QR-code room-service menu, and an Australian hotel first: still and sparkling water on tap.

In another nod to the hotel’s history, painted portraits of different women of the period hang on the walls. Among them is an impression of the hotel restaurant’s namesake, Emily Taylor. It’s by local artist and 2019 Archibald finalist and Archibald Packing Room Prize winner Tessa Mackay and can be found in the form of a mural in the restaurant. Emily was the wife of the captain of the boat of the same name, which sailed into Fremantle in the early 1800s via the spice routes of Asia delivering tea, spice and migrants to West Australia before it was shipwrecked off the coast.

Today, Emily Taylor is a 450-seat Southeast Asian-inspired restaurant and bar helmed by executive chef Aldren Teo. The cavernous interior is warmed with chilled music, soft lighting and earthy tones. Outside, the sun-drenched courtyard surrounded by limestone walls pops with colour from a flowering Jacaranda and hand-painted Chinese umbrellas.

“We want to give people the same experience as sitting down at a table on the streets of Asia where everything on the table is punchy, colourful and vibrant,” says Teo.

Dishes include green curry with eggplant and roast duck, and dumplings filled with either pan-fried oxtail and brisket, or lobster and Manjimup truffle (“a modern twist on traditional hakau [Cantonese dumplings]”, says Teo).

Or perhaps you’d prefer a Gimlet – try one at the hotel’s tiny European-style apertivo bar and cafe of the same name. It’s built into one of the ground-floor cottages and accessible from the street. 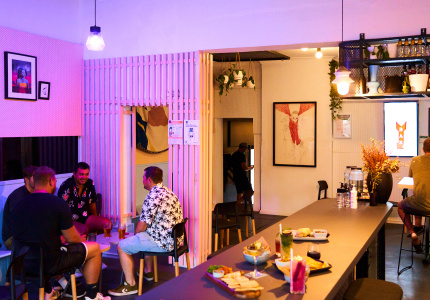