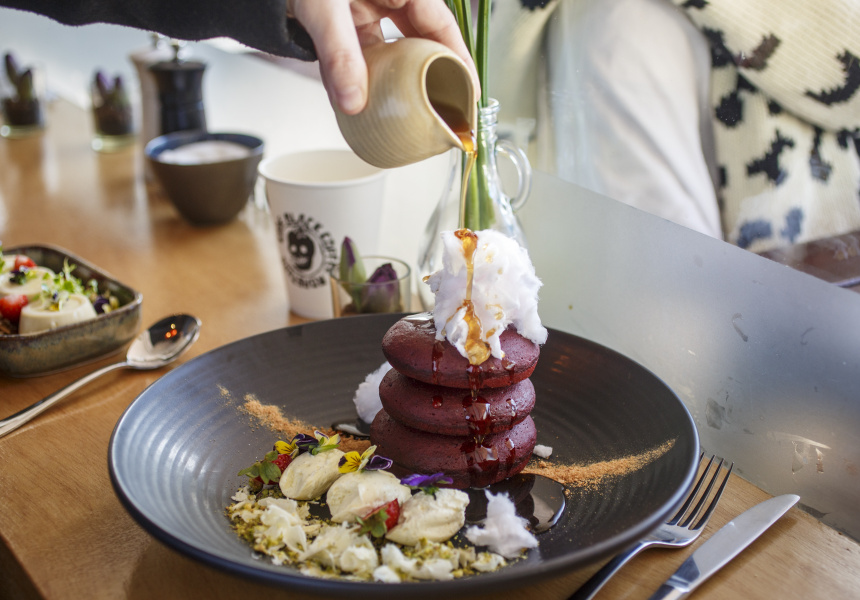 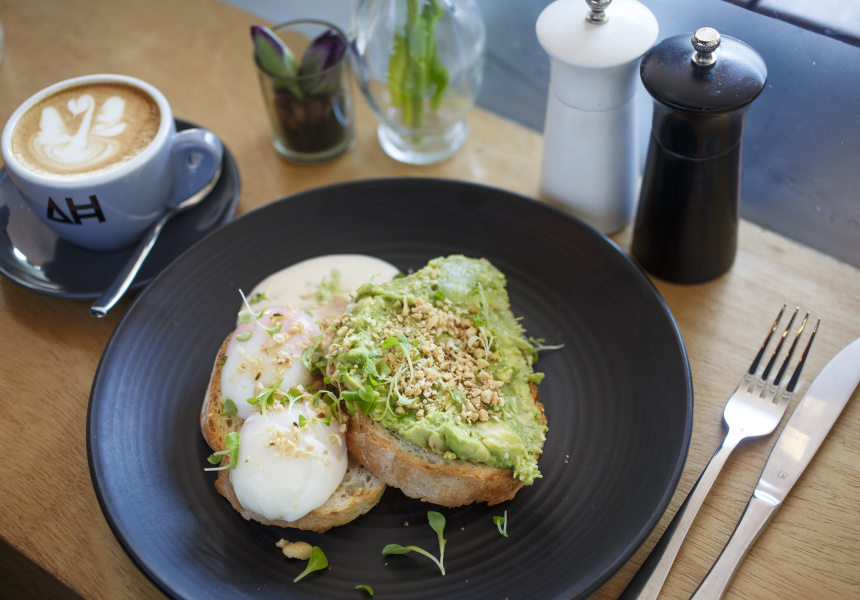 The mural on the wall of Architects and Heroes features some pretty famous figures. History enthusiasts might recognise Galileo, credited for inventing the telescope. Or maybe you’ll pick up on the reference to Mad’s Spy vs Spy comic.

Galileo was a hero, but he didn’t invent the first telescope. He modelled his invention on a less-superior device developed by Hans Lippershey. Mad got all the credit for Spy vs Spy because the author always signed his name in Morse code.

It’s Architects and Heroes’ mission is to set history straight. Celebrated barista Ron Ngo owns the business with his wife, Lyly. His second aim is to pay tribute to the architects who work tirelessly behind the scenes, such as his wife.

The philosophy is simple: serve the food the couple wants to eat and the drinks they want to drink. For breakfast that means popcorn chicken with hot sauce, or crumpets drizzled in butterscotch and popping candy.

For drinks it means coffee made with beans from Melbourne’s Code Black, which can be sampled in a tasting flight of three regularly changing varieties. Expect filters, Ethiopian and Guatemalan varieties.

Tea too is an experience. English Breakfast is off the menu in place of hand-picked and sun-dried blends traditionally reserved for royals.