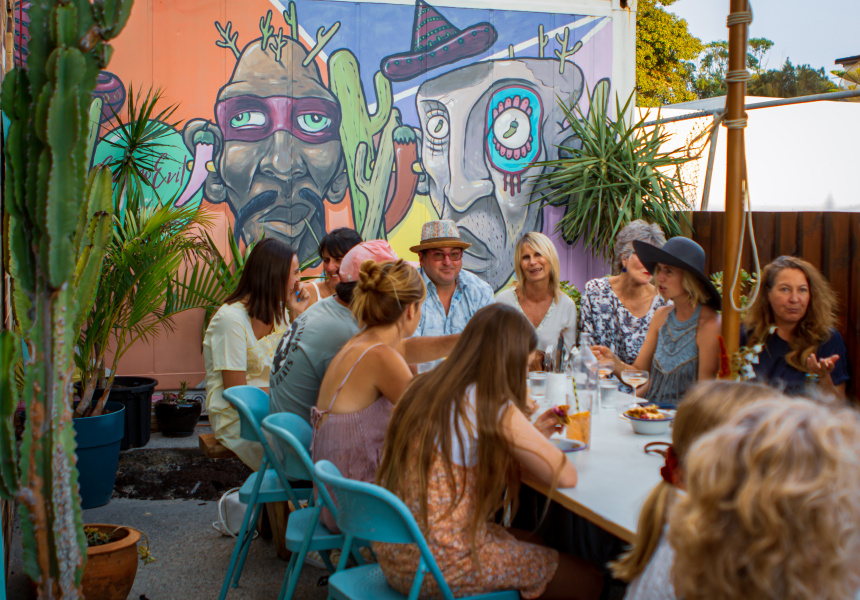 The distance between South Fremantle and Mexico City, according to Google Maps, is about 16,000 kilometres (give or take). But Ben Foss, founding chef of food truck Eat No Evil, and a partner in South Freo taqueria La Cabana, wants to bring the two places closer together – as evidenced by his menu, which combines Australian ingredients with Mexican dishes. Al pastor – Mexico’s Middle Eastern-influenced pork and pineapple taco – dressed with a native strawberry and saltbush sauce? Check. Beef rib with a wattleseed mole? Unmissable. This isn’t your abuela’s cooking, but Foss insists his dishes remain faithful to the country’s spirit.

So, the ceviche – piled on a crisp-fried tortilla, creamy with coconut milk and guacamole, zesty from a brief lime-juice cure – is made with Esperance amberjack; the drinks list proffers local beers and wines alongside small-scale mezcals and tequilas; the gluten-free tortillas are from La Tortilla, a family-owned business that delivers still-warm tortillas daily. While the menu changes frequently, there's always at least one vegan taco on offer. All the vegetable-based dishes are vegan too.

The aforementioned Mexican-ish feeling permeates more than just the food. Foss’s business partners Jarrah Stevenson and Madi Fay are responsible for the 120-seater’s relaxed, beach-shack aesthetic. While there are tables and bar perches near the cosy kitchen, most of the seating is outside in the dog-friendly courtyard. Umbrellas provide shade.