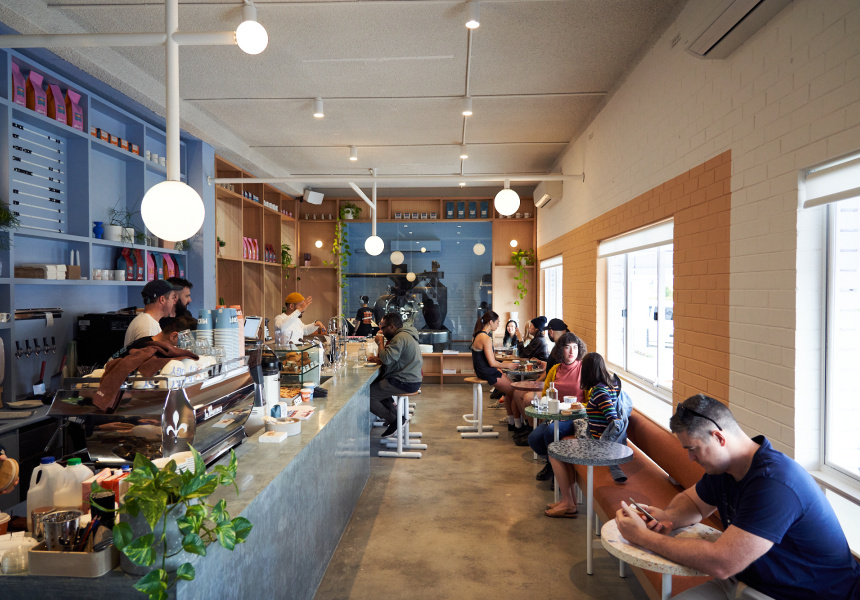 Housed inside a semi-industrial address in Osborne Park, Micrology’s debut cafe is a class act worthy of its reputation as one of the state's finest coffee roasters.

The place has a striking blue-and-peach colour scheme, with custom-made light fixtures and a long wall couch punctuated by small terrazzo tables. In addition to the ubiquitous indoor pot plants and at-home coffee-making supplies, the counter also boasts its own turntable and mixer DJ station.

Despite these cheery touches, there’s a strong education element to the cafe. At any given time, there are at least three baristas operating the coffee-making gear, which includes La Marzocco, Synesso and sleek under-counter Modbar machines, various filter gear and cold brew on tap. It’s a staff-to-guest ratio which allows drinkers to get their coffee geek on and ask questions or try something new. There’s also a dedicated training room for wholesale customers.

Micrology opened the space in 2021, but the business had been slowly migrating its roasting operations from its original facility in O’Connor since 2019. Today, Micrology does all of its roasting and distribution here.