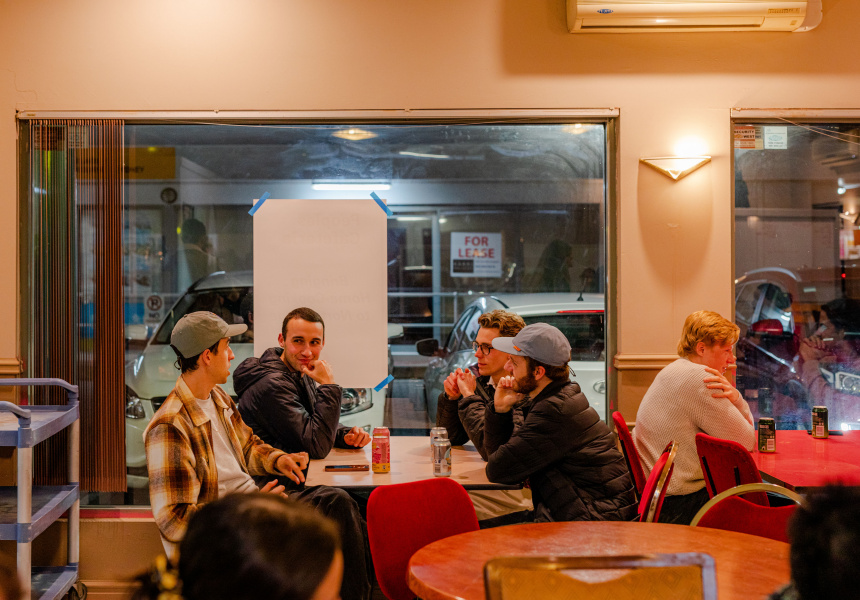 Peoples Cafeteria, a '90s-tinged salad-bar style diner by the team behind North Street Store, has more than a whiff of Sizzler, Miss Maud’s and Pizza Hut all-you-can-eat to it.

In some cases, that connection is literal. Co-owners Lachlan Bisset and fellow Do a Dinner director Craig Stewart are almost certain the second-hand refrigerated buffet bought at auction came from Miss Maud’s, the home of one of Perth’s most famous smorgasbords.

And while their home-style cooking has little in the way of frou-frou embellishments, it’s unapologetic with a view towards nutrition as well as taste; Western without being Mediterranean (The kitchen, says Bisset, is a no-deep-fryer, no-junk-food zone).

In the bain maries you might find tightly wound cabbage rolls stuffed with toasted buckwheat and mushroom and dressed in a tomato sauce. Or roast chicken consisting of Marylands taken off the hip bone, seasoned like the supermarket rotisserie chooks of the’90s, and cooked in a charcoal-burning tandoor till tender and smoky. On the salad front, a crisp medley of lettuce, cucumber, tomato and capsicum (undressed – guests are free to add vinaigrette how they see fit), or a vivid jumble of grated beetroot and carrot matchsticks.

There’s nothing cheffy about the dining room, either. It’s a former Chinese restaurant that’s been left pretty much as-is save for the addition of some new art on the walls. BYO-everything is the name of the game and guests help themselves to their own glassware and cutlery.

For those not dining in, a takeaway deli carries a selection of North Street Store breads, baked goods and merch.