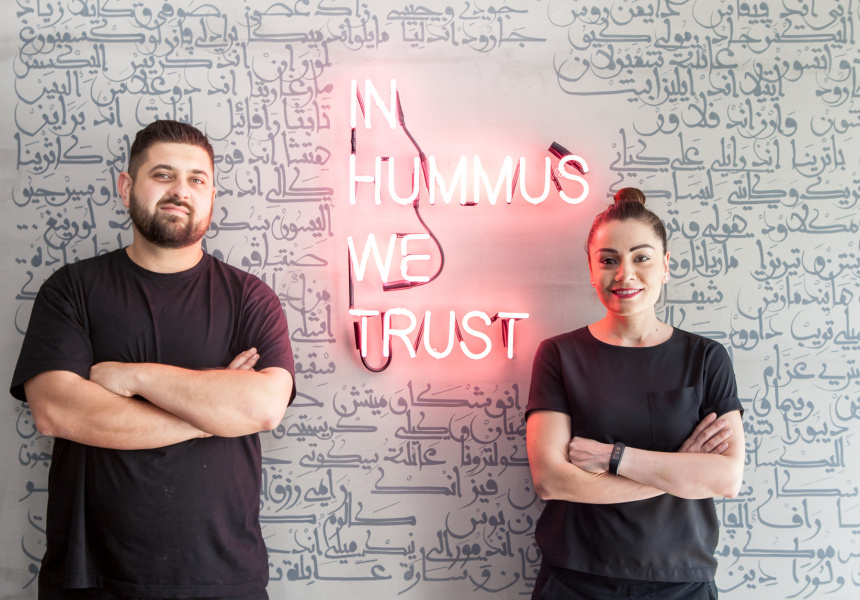 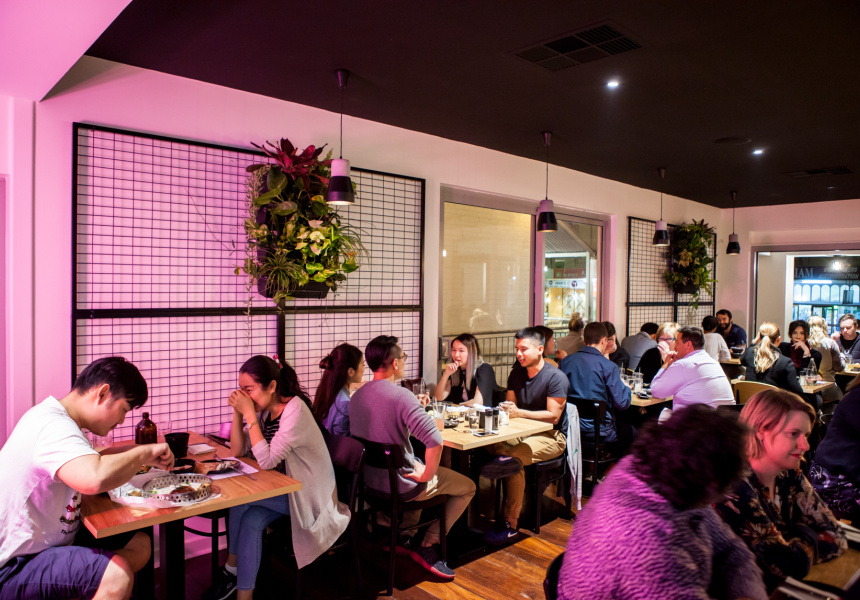 The heritage building The Hummus Club is house in features a restored exterior and flooring. Inside, custom artwork by Tunisian calligraphy artist Karim Jabbari adorns an entire wall. On another, a pink neon sign decrees: “In Hummus We Trust”.

Instead of the predictable belly-dancing and shisha tropes, The Hummus Club focuses on vegetarian and non-vegetarian small plates that highlight Arabic, primarily Lebanese, cuisine.

Expect dishes such as ZFC (za’atar fried chicken) with pickles and a punchy garlic sauce called toum; pomegranate-glazed lamb meatballs known as keftas with house-made labne; and moghrabieh, a roasted-vegetable dish with spices and couscous. Fans of the eatery’s dishes from the markets and its Trinity Arcade pop-up will be pleased to see some familiar names on the menu: falafel and hummus bowls topped with marinated chicken, mushrooms and beef are crowd pleasers.