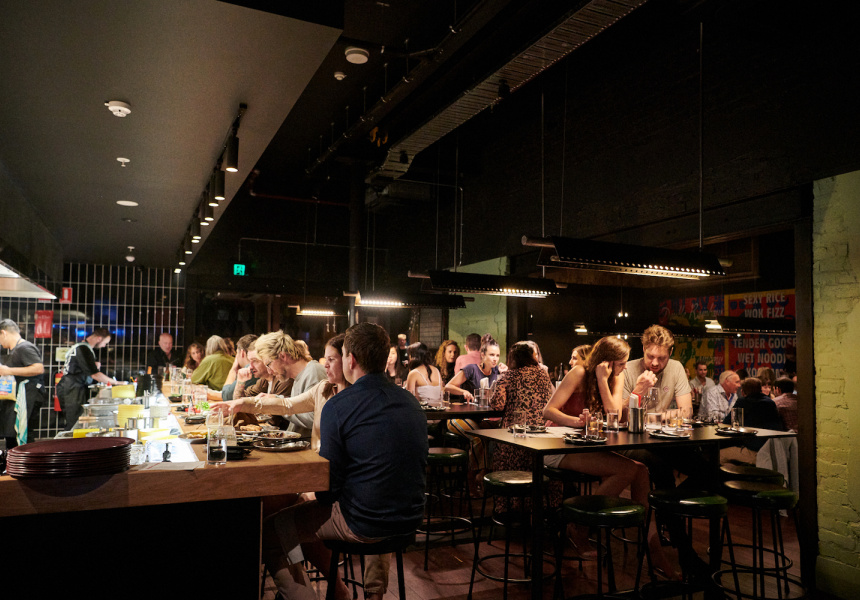 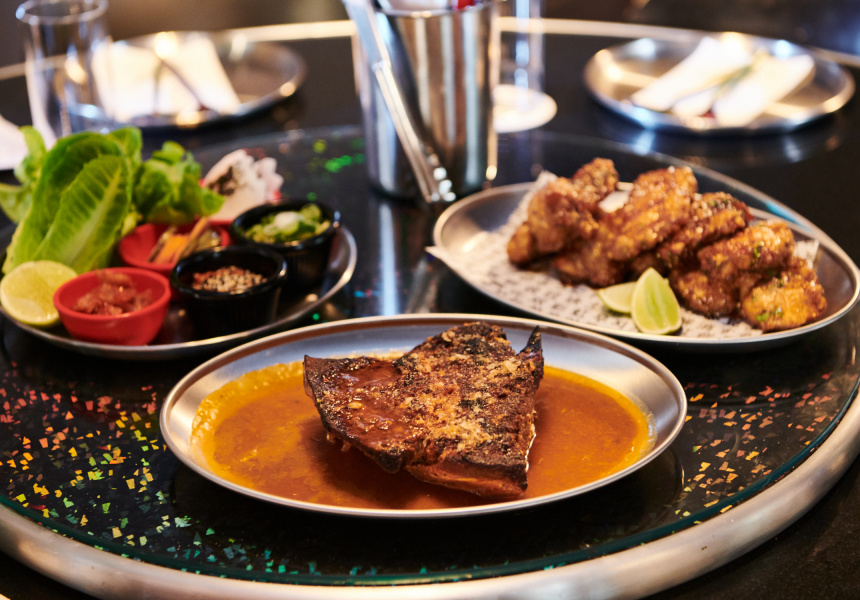 Double Rainbow is one of the three venues inside The Rechabite (along with Goodwill Club in the basement and Hello on the rooftop). Executive chef Jesse Blake describes the 240-person restaurant as a “fast and furious bar and eatery.”

Blake has spent time cooking at Petition Kitchen at State Buildings and, prior to moving to Perth, was the former sous chef at Melbourne’s Cumulus Inc. While the cooking might be fast-paced, the kitchen strikes a neat balance between the crowd-pleasing (potsticker dumplings, edamame and chicken wings, say) and the imaginative: XO butter clams with fries and wood-roasted bone marrow and flatbread.

Offal and lesser-seen proteins are showcased with dishes such as kangaroo tail red curry; sweet and sour triple; and grilled chicken heart skewers, one of the items being cooked on the wood charcoal grill.

The open kitchen is a key feature of the dimly lit space. Large tables are built for communal dining while lazy Susans tick the boxes for both form and function. Peter van Zeller, previously of QT Perth, is in charge of the bar and the drinks list.