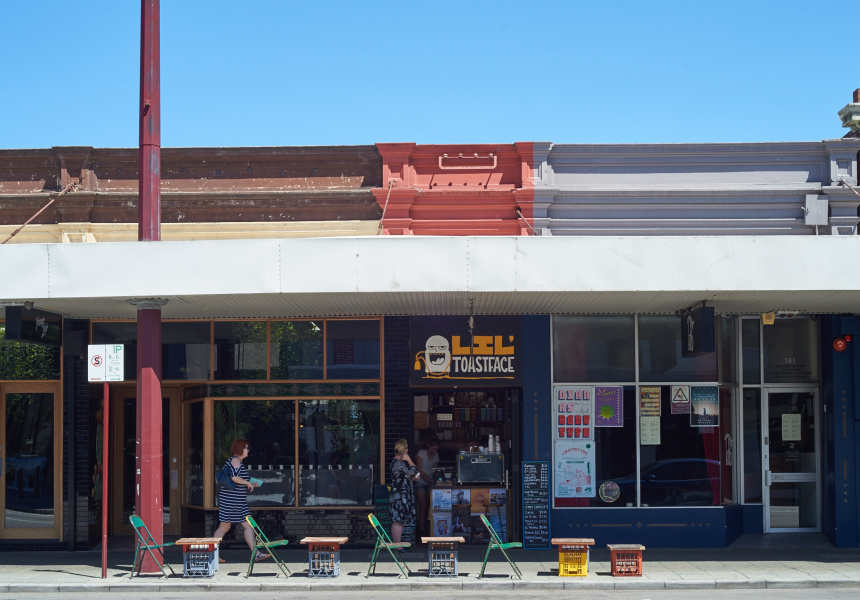 Lil’ Toastface is the kid brother of Toastface Grillah, the cool laneway eatery named after Wu Tang Clan’s Ghostface Killah. It arrived in Northbridge at the tail end of 2016, taking over the hole-in-the-wall formerly occupied by Bookend.

Like the space itself, the menu is a reduced version of Toastface Grillah. It features six of the 11 original combinations. Crowd-pleasers such as the Notorious B.A.G (bacon, apple, gouda), Shroomy Shroomy Ya (mushroom, spinach, double cheese, dijon) and the Feelin’ A Lil’ Chilli (a spicy jalapeno and paprika number) come highly recommended.

The sandwiches are prepared at Barrack Street and then toasted at the tiny two-by-two-metre site, where the only seating is alfresco. As at its older brother, the coffee beans come from Northbridge Coffee Roasters, with a range of cool refreshments on offer, too.