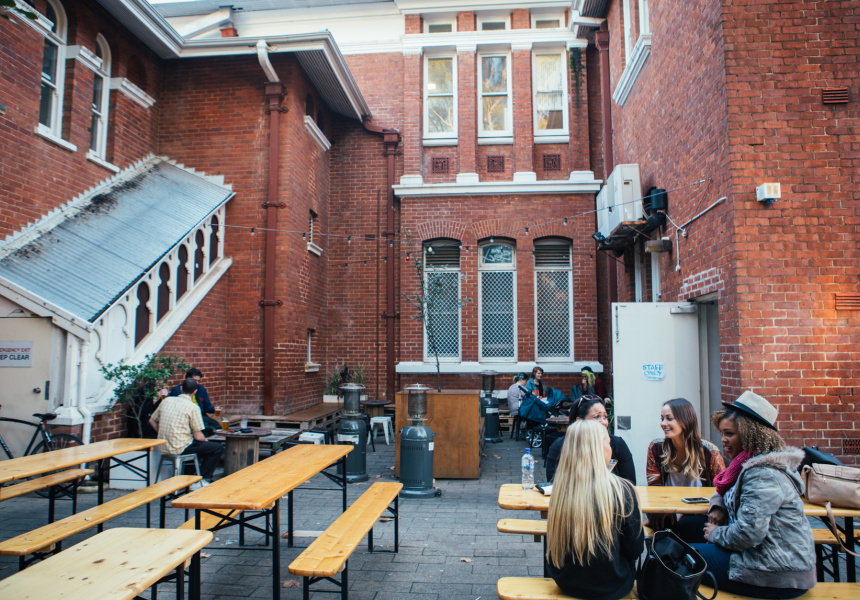 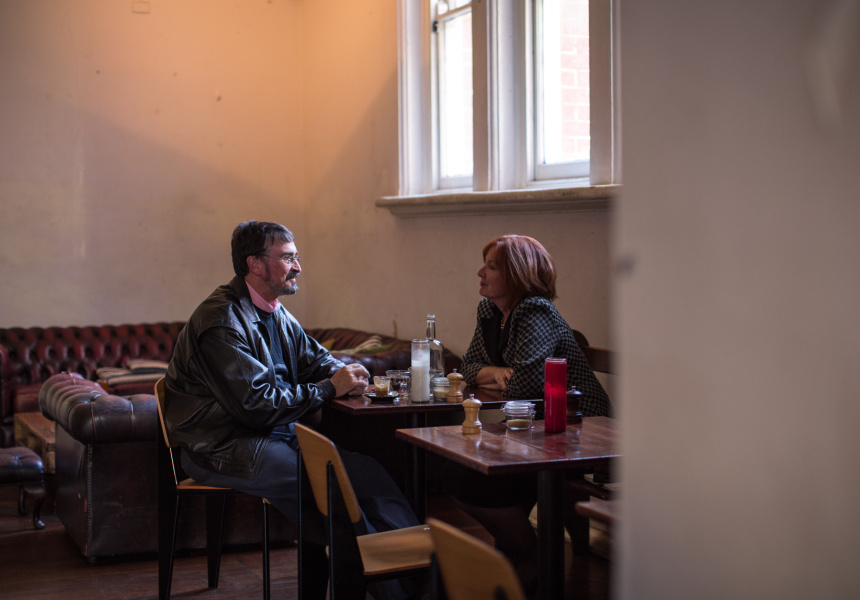 In 2019, Picabar owners Melissa Bowen and brothers Brian and Conor Buckley successfully campaigned to continue trading at the Perth Cultural Centre. The state government granted the trio a 10-year lease on the historic space, putting an end to seven years of uncertainty (and a tenuous month-by-month sublease). Empowered by certainty, the trio set about renovating and rethinking Picabar.

The owners have nailed it; hitting that sweet spot between past and present. In some cases, it's been a case of emphasising the very good bones that they inherited from the space’s past life as the Perth Boys School (originally opened on St Georges Terrace in 1847, the school was transplanted here 50 years later in 1897). Jarrah floorboards have been sanded back and varnished. Renovations unearthed a long-lost (and functional) fireplace. A fake ceiling has been removed, making the rest rooms feel more open and welcoming.

In other instances, the changes are all about doing away with quick fixes in favour of more permanent solutions. The bar is now an L-shaped structure with more beer taps. The once-open kitchen has been upsized and moved into a bigger, self-contained space. The garden by the entrance has been transformed into a new al fresco deck area complete with bench seating and tables. Between this new seating area and extra space created by renovations, Picabar’s capacity has ballooned from 200 to 500 guests.

In all, there’s more space for guests, more space for storing the bar’s expanded drinks list (a former basement storage room has been turned into what Brian describes as “the world’s most beautiful cool room”) and more space for the team in the kitchen to do their thing. Co-head chefs George Maxwell and Nico Dreyfus stick to the comfort cooking they were doing before the lockdown while adding a little more DIY to the menu.

While the steak sandwich remains, vegetarians can now expect a few more plant-based dishes including seasonal salads and a Neil Perry-inspired corn fritter. House-made chutneys and pickles will feature while the chefs are working on a menu of rotating specials: in short, all the things one might expect from a community-focussed bar in a cultural hub.