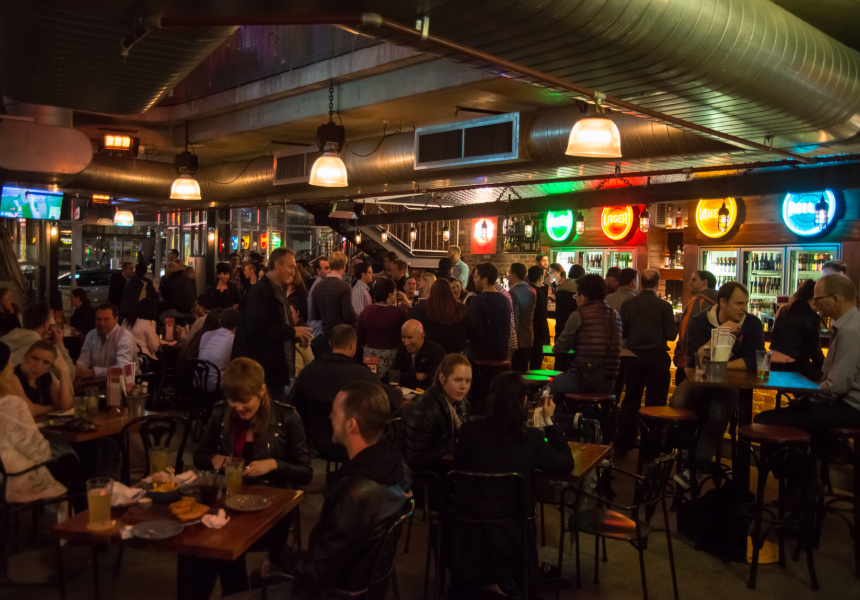 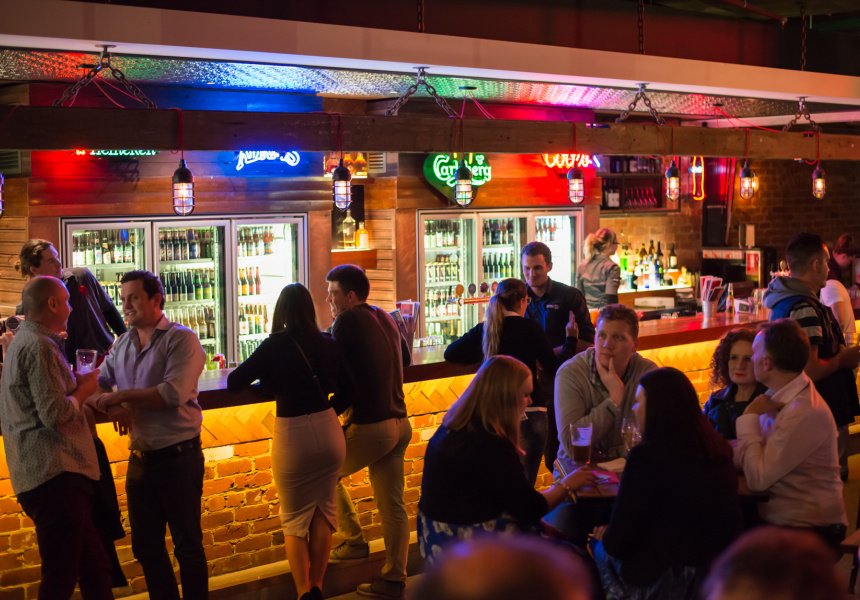 Northbridge Brewing Co master brewer Ken Arrowsmith has an impressive brewing CV. He’s credited for one of the most-iconic beers in WA history: Emu Bitter. In fact, it’s his likeness that graces the label. Thanks to Mike Keiller (a Northbridge Brewing Co co-owner and old school friend), he’s back in the game after many years of retirement.

The company’s beer brand is called Beerland and under this banner the team brews four approachable varieties year round – pale ale, wheat, lager and mild. A seasonal beer is also on rotation, giving the brewers the chance to flex their creative muscles.

The venue fit-out is a mix of recycled, industrial and modern. Some of its timber, bricks and lighting were rescued from the old Perry Lakes Stadium and a large beam came from the Art Deco Ford Factory in North Fremantle.

It all feels very WA. This sense of heritage is quite the contrast to the shiny 1200-litre brewhouse that sits proudly at the front of the venue.

The food complements the beers. There are pizzas, burgers and steak, alongside easy-to-share small plates. It’s all fun and simple. Breakfast is available daily and sometimes accompanied by the smells of malt from the brewhouse, though you’ll have to wait until 11am to get your hands on a beer.