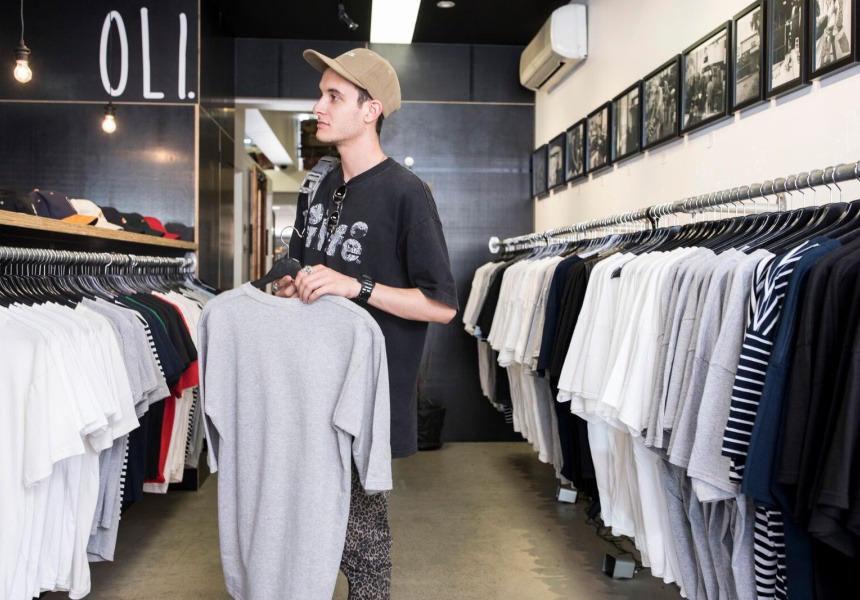 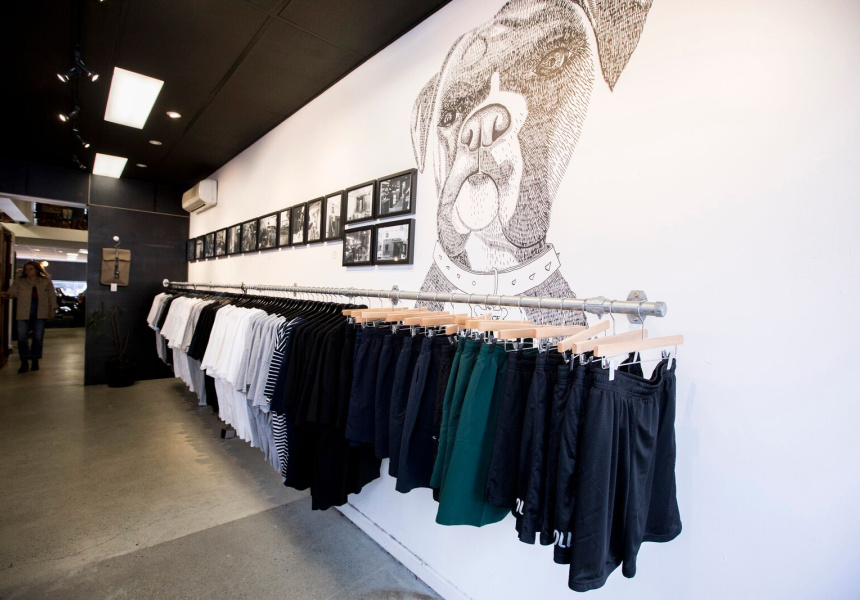 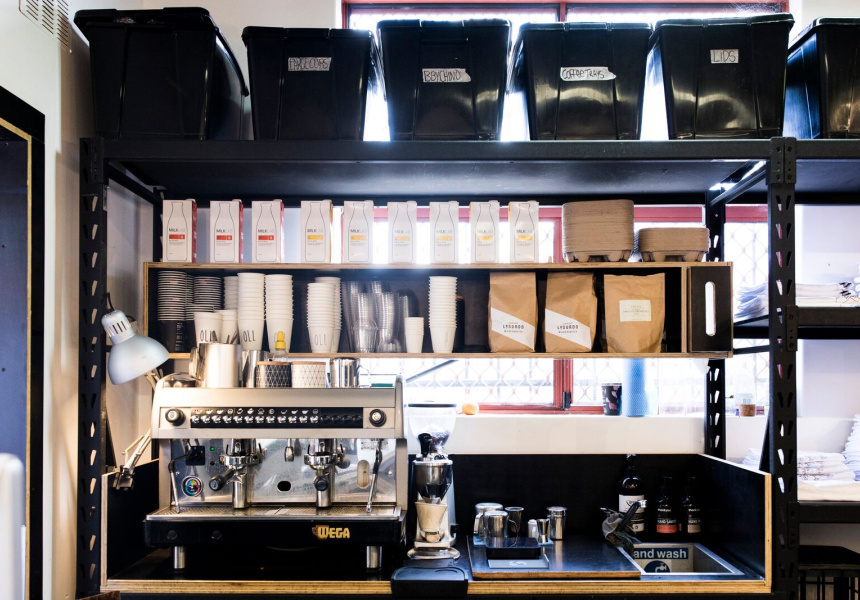 You’ll find Oli Clothing at the back of Elroy on Beaufort, or just up the skinny alley to the left of it. It’s local designer Oliver McDonald’s own store, exclusively stocking his against-the-grain label. Think traditional cuts with unconventional, hand-printed illustrations.

McDonald drew from a young age. He then began drawing on tees for himself and friends. It quickly became a passion he had to follow, but the plan was never as clear-cut as his shirts. He had commercial success online first. The plunge into brick-and-mortar retail only happened in mid-2016, after words of encouragement from devout followers.

Despite being hidden from mainstream traffic, his limited-edition drops draw lines out the door. And a little hint: the store reflects what’s available online, and vice versa.

The black-and-white mural of McDonald’s dog Bruce is a fixture of the place. You can often find the two in-store; one sleeping and the other making some mean coffee. Oli Down The Alley is a side offering of locally brewed Losurdo coffee that attracts its own clientele, but is best enjoyed while perusing the latest collection.