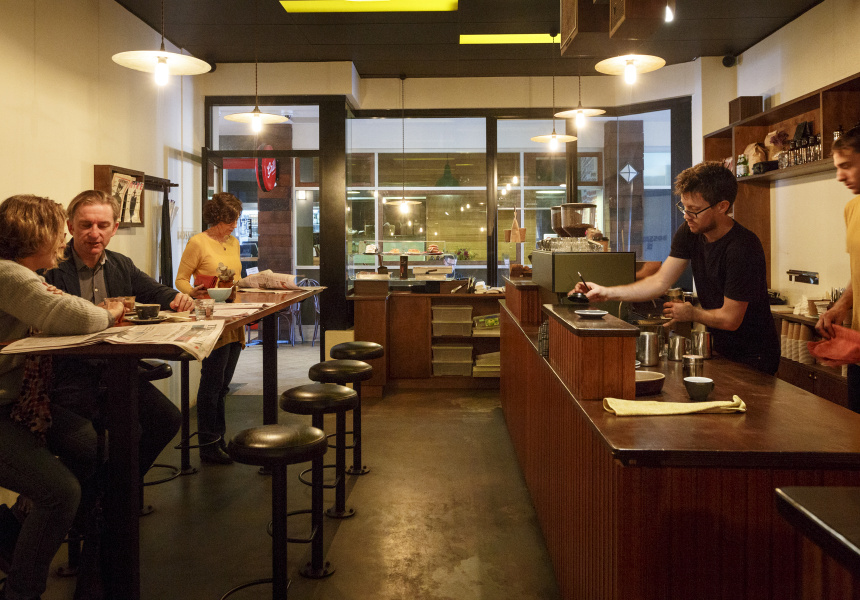 For all the talk of Beaufort Street as an eating and drinking destination, there was for a time a shortfall in the coffee stakes. Thankfully Bossman arrived and it’s been raising standards ever since.

At the rear of an arcade, the low-lit coffee spot hits all the notes most want from a regular haunt, from a soundtrack that staves off audio déjà vu, to baristas who you’ll more likely hear dissect pop culture than coffee terroir.

While Bossman peddles its own Twin Peaks blend, there’s a refreshing lack of coffee snobbery. The cafe’s sweet treats are habit forming, but be warned: there’s a limited supply.

Get in early and score some galaktobureko. Although the baristas are tight-lipped as to the exact source, they confirm that a Greek friend bakes it locally. This semolina custard with crisp, brittle pastry kicks any new-wave doughnut fad to the curb.