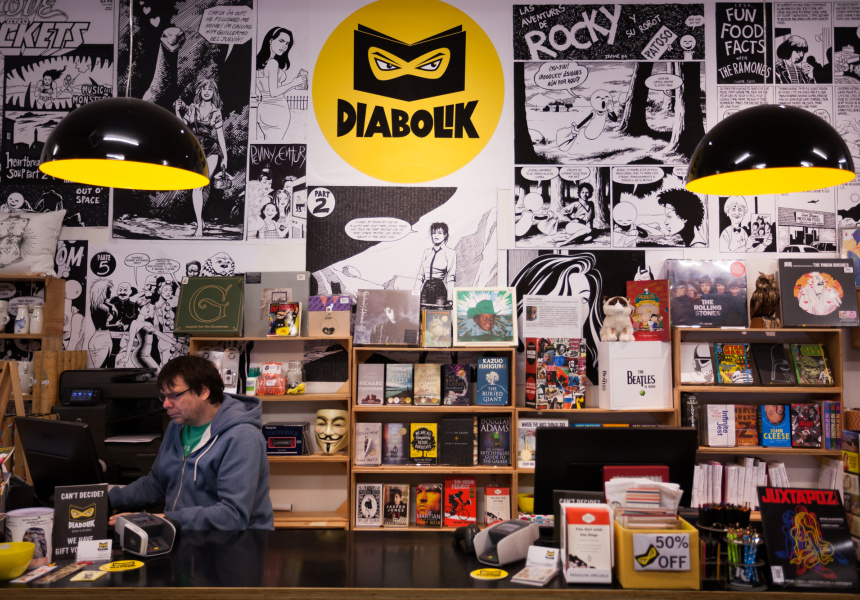 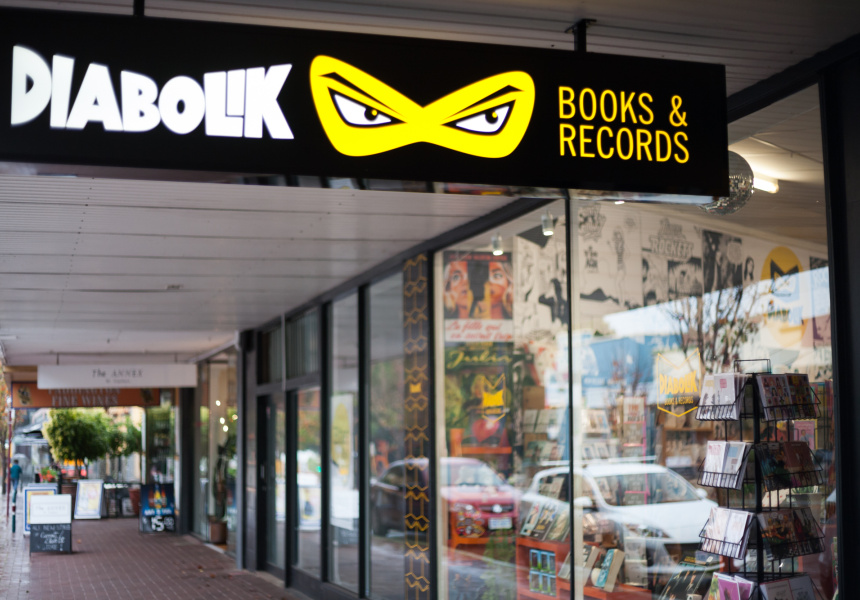 When a customer wanted the entire back catalogue of every Madonna record ever made, the vinyl-obsessed crew at Diabolik got the lot for her. That’s how they roll.

There’s no snobbery over what tunes you dig. The staff appreciates music lovers of every persuasion. It also gets a thrill from tracking down special requests, be they mainstream or obscure.

Owners Scott Jones and Monica Cicconi bring serious cred to their business after 20-plus years at Perth’s most-iconic media store, Planet Video, which closed in May 2015. Seeing the writing on the wall, a bunch of former staff members followed them to this much smaller Mount Hawthorn address, which opened in late 2014. Needless to say, their music and literary knowledge is A1.

On entry, you’ll want to pause by the many greeting cards. But continue on past the well-edited gift section and the new-release novels, and you’ll reach the gold: book shelves identified by categories such as “street”, “cult”, “fashion” and “lowbrow”.

That’s where the fun starts, along with the wall of all-new vinyl and the board games area, filled with quirky takes on the norm, such as Dr Who Risk and the Adventure Time edition of Monopoly. Count on spending longer than you expected. Karrinyup Centre Launches Its Next Phase Tomorrow, With Some of Australia’s Best Fashion Labels Joining Its Stable