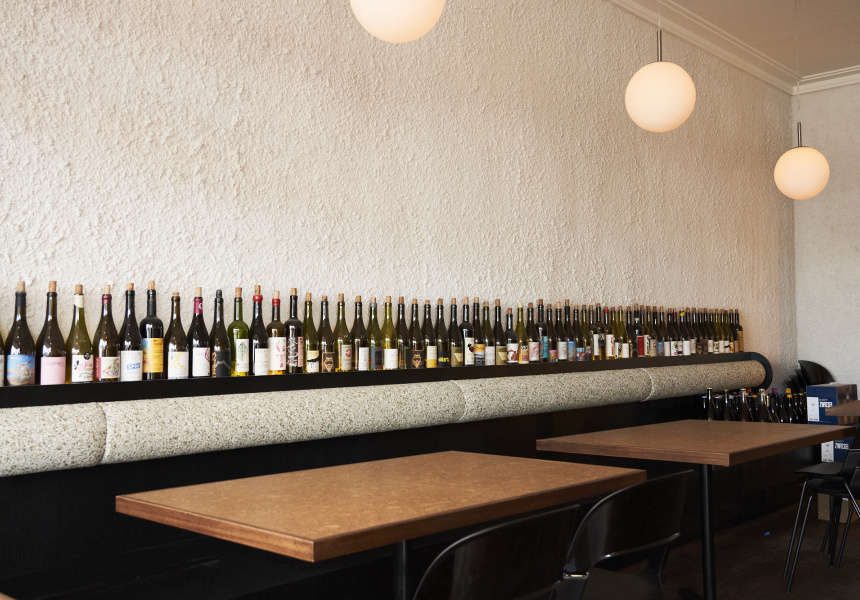 According to its owners, Mount Hawthorn’s Casa is a difficult proposition to categorise. Some guests see it as a cafe and keep it in mind for good coffee. Some slot it straight into their lunchtime rotation. Others come mostly after dark, either to dine and drink in-house or to buy takeaway wine. And some do all the above.

What it certainly is though, is a homage to the ownership’s collective tastes: organic food, minimal intervention wine, and beautiful old music played through nice sound systems.

Italy is another major influence on Casa (the name is the word for “home” in Italian and Spanish). Its concept draws heavily from the all-day cafes and bars that dot the streets of Europe, and the space’s warm, lived-in aesthetic (dark timber and terrazzo tiling throughout, leadlight windows in the kitchen, ruffled Tyrolean walls) makes it somewhere you’d happily sit a while.

Bentley brings elements of Si Paradiso to the menu, but also touches on his Mexican cooking chops (Bentley owns restaurants throughout Mexico) and his classic French training (he started his career at Perth’s legendary Loose Box) while putting it all together with Tomelleri. Think house-baked pastries and sausage rolls for breakfast and during the day; filled focaccias for lunch; and pasta and larger share plates in the evening.

Wine is Casa’s other main draw. The house policy for wines follows the French definition of organically and biodynamically farmed wines, with nothing added or taken away. Management have invested in nine wine fridges that are held at four different temperatures to suit different wine styles. Some are also available on tap.