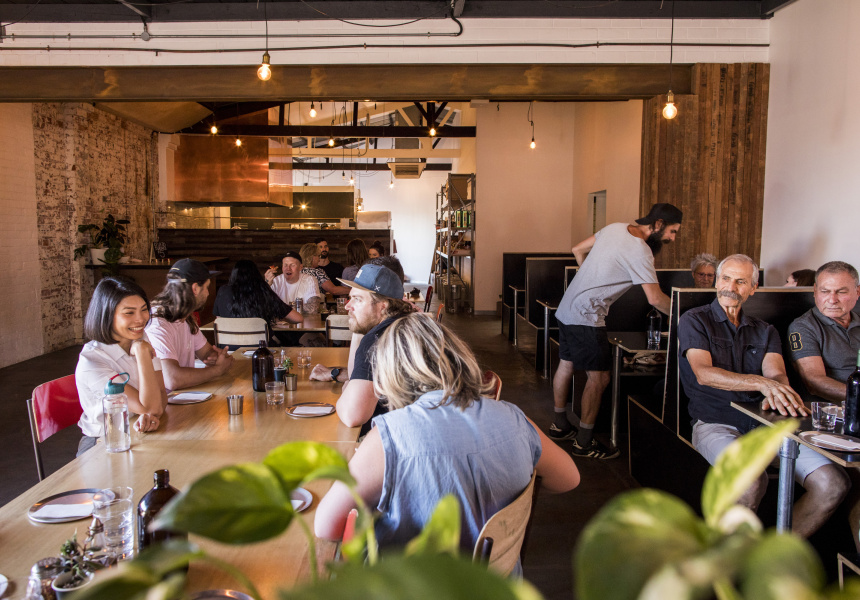 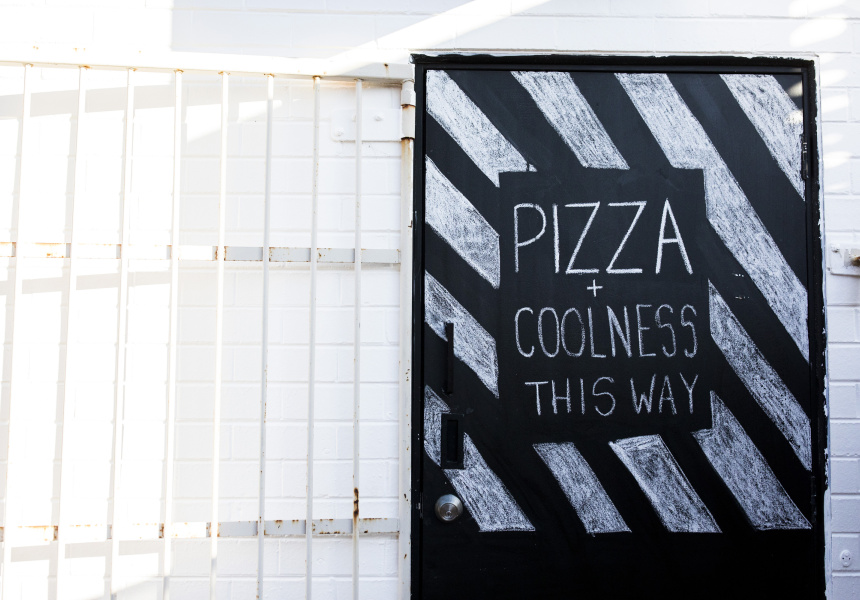 Rossonero is the tenant in a building that, at various stages in its life, has been home to a chemist, church group and – originally – an automobile garage. It’s the latter that owners Nat Atkins and Fil Pakioufakis (ex-Clarences, Bivouac, The Brisbane Hotel, Neighbourhood Pizza) drew inspiration from. Polished concrete. Timber accents. Painted brick. It’s an aesthetic that falls that side of stripped-back, but the mood is anything but reserved: certainly on Friday and Saturday nights when the room buzzes with the roar of a great many people having a good time.

Whereas many pizzerias serve charry, blistered, wood-fired pizzas, Rossonero has gone the other way and bakes its pies golden and lightly tanned. The light, barely-there bases accentuate rather than dominate the rest of the ingredients. Intriguingly, the kitchen is decked out with a conveyor oven – a shiny piece of kit that will be instantly familiar to anyone who’s worked at Pizza Hut, Domino’s, Eagle Boys and any other pizza restaurant with a seven-figure budget for television commercials.

The names and toppings of the lightly topped pies are best described as “not your nonna’s pizzas”. The tomato-based Glaze of Glory features – among other things – cacciatore, rocket and a balsamic glaze. What do you call a pie with brussels sprouts, pancetta and parmesan? Brussel Crowe, obviously. The menu has a good smattering of vegetarian options and vegan cheese is also available.

The rest of the menu is as sparse as the fit-out. Dessert options begin and end with gelato sandwiches featuring Chicho Gelato between house-made vanilla choc-chip cookies. Guests waiting for tables receive a little tin tumbler of fleshy olives; and cut chilli is available on request.