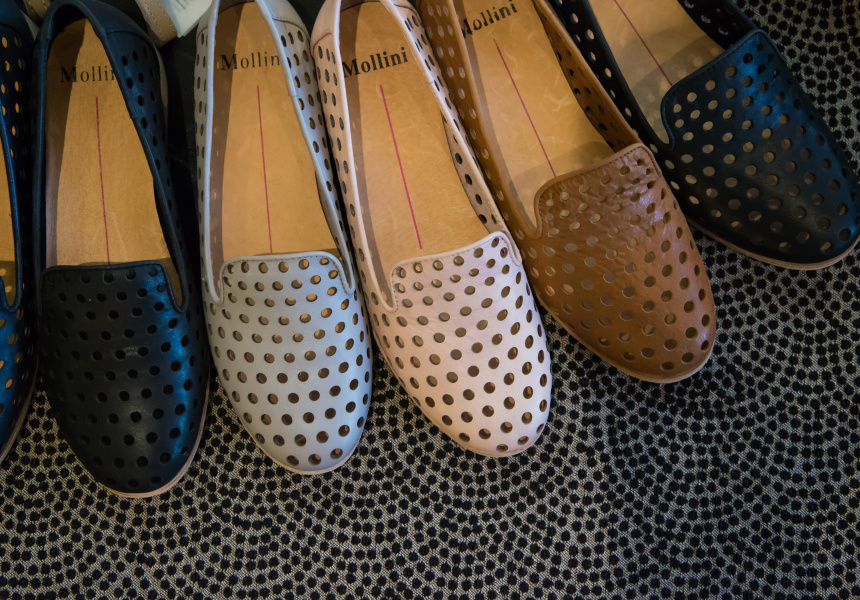 Alice Burke owns at least 100 pairs of shoes. A lot of them are boots. And none of them have synthetic lining.

You’d expect nothing less from the owner of two of Perth’s best independent shoe stores. Burke has been fitting feet since she was 18, spending more than a decade at another shoe emporium before joining Hunter Store as its manager and buyer. In 2012 she became its owner.

A glance at the shelves reveals a penchant for woman’s footwear imported from Spain, Italy and Brazil, though there are also plenty of Australian labels, including one that’s manufactured on home soil (a serious rarity these days) called Kuwaii from Melbourne. Long-lasting leather, striking but durable styles and hard-to-find brands show that disposable fashion has no place here.

The Leederville store is easy to miss. It’s off the Oxford Street strip, dwarfed by the Leederville Hotel. It’s worth the extra steps, particularly if Burke has just filled the sales rack out front. The Fremantle store is a long-term pop-up within MANY 6160, a collaboration space for designers and artisans.