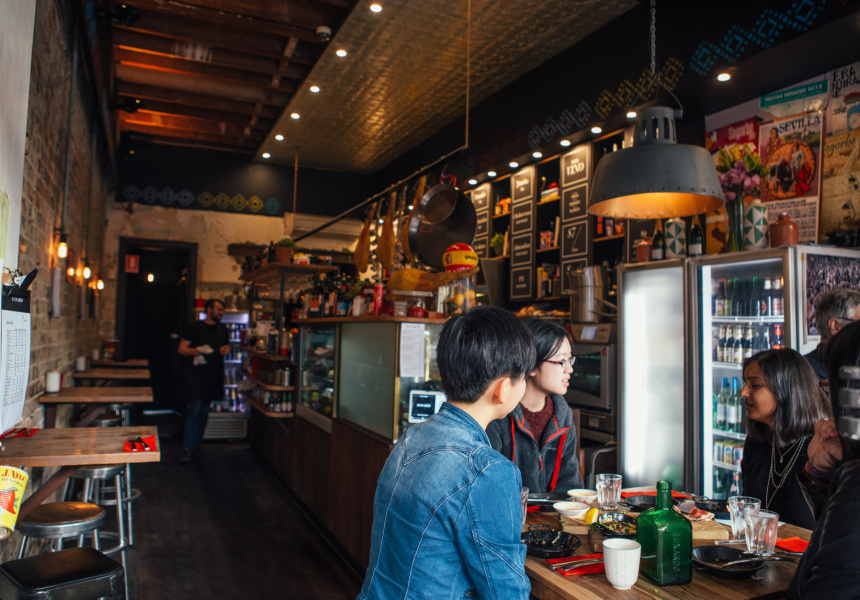 Opening Pinchos within a castanet’s click of another well-established tapas bar was a ballsy move. But Justin Bell had a niggling suspicion that opening in the inner-city village of Leederville would mean plenty of organic foot traffic.

But let’s face it, Bell had the goods after previous tapas successes in Hong Kong and Sydney, plus the foresight to hire Spanish-speaking staff and chef Oscar Inchausti from Madrid.

Highlights include classics such as pintxo chorizo, jamon, patatas bravas and carafes of sangria. Larger dishes such as pork belly play off nicely with desserts such as the saffron-poached pear tart. Other small dishes include beetroot soup, anchovies, iceberg salad and a dark chocolate truffle. For drinks there's three sherries to taste, as well as a crisp Gypsy Pear Cider.

Private parties are usually ushered into the backroom. Walk-ins are eased into one of 32 spots against whitewashed brick walls and Spanish paraphernalia, most of which looks like it’s been there since tapas bars were first frequented in Spain. Otherwise, snag an al fresco stool for some footpath people watching.