It’s an understatement to say the Premier Mill Hotel in Katanning has reset the bar for small-town hotels. All plush white linen, smart-wired access and elegant furniture, it would be a standout in the city. In regional Western Australia, 300 kilometres from Perth in the heart of wheat and sheep country, it’s as impressive as it is improbable.

It’s a boutique affair in every sense, featuring 22 stylish lodgings and a soulful basement wine bar inside the 19th century Premier Roller Flour Mill, which has been carefully reimagined by Fremantle’s Space Agency (the firm behind notable Perth fit-outs Strange Company, Propeller and Petition Wine Bar).

Alongside the zippy glass lift, the king beds and the Bang & Olufsen speakers, the old brass boiler and timber-packing chute remain intact. Original raw timber silo walls grace four of the hotel rooms. A treadle sewing machine that once stitched flour bags is among the charming industrial showpieces in the shared spaces. A fossilised cat discovered in the wall of the building now has a permanent place in the bar.

There are nods to the entrepreneurial exploits of Frederick Piesse, the mill’s founder. Piesse dabbled in soft-drink production, hence the Cordial Bar’s name. Piesse also saw to it that Katanning had electric light before the capital, and in some of the hotel rooms (each is different), electrical insulators double as coat hooks and old conduit provides decorative folly.

Ironically, the hotel favours a low-lit mood. If you want to actually see anything in the black-tiled bathrooms, best keep your phone torch handy. Speaking of bathrooms, Aesop body products are standard in all rooms.

West Coast coffee company-turned-hoteliers are behind the Mill’s redevelopment, so naturally a Dome cafe graces the ground floor. But the group’s mandate isn’t strictly expansion. Rather, it aims to drum up tourism to nearby attractions – the silo public art trail, the Stirling Range, the Rabbit-Proof Fence – and concierges guests to Dumbleyung, Pingrup, and elsewhere. 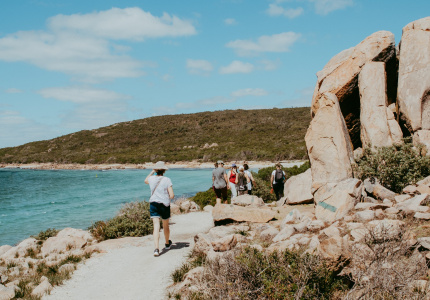