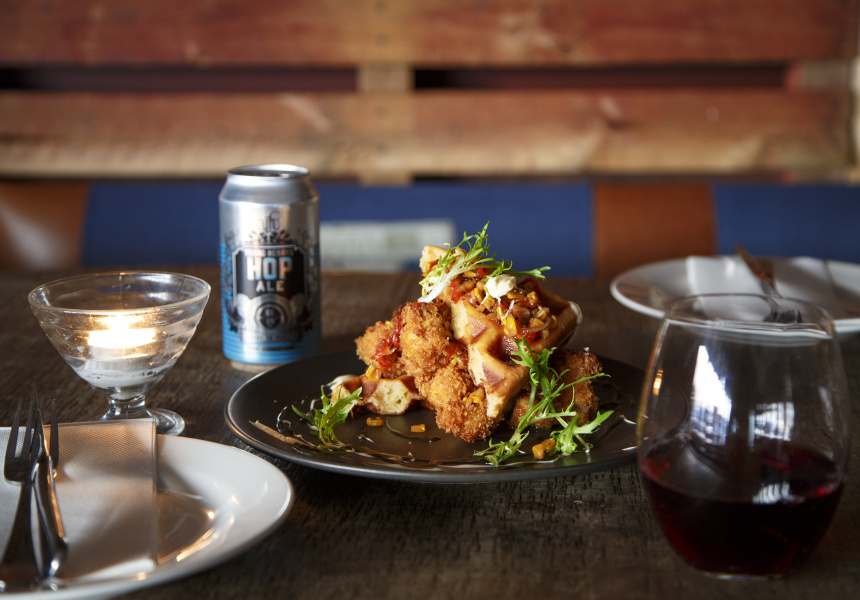 The first thing you notice at Miss Kitty’s Saloon is the decor. Chef Iain Lawless, who built it, has a gift for recycling: he used his old blue jeans to upholster the banquettes. Repurposed timber pallets coat the walls, there are barn doors, thick slabs of mottled wood and old window frames.

It has such a fun, cheeky vibe that its current owner, Michael Gunellas, made an impulse decision to buy in late 2014 after spending only 20 minutes at the bar. The former Qantas ground-services worker fell in love with the beautifully chaotic restaurant, which serves North American- and French Canadian-inspired fare, all made fresh on-site.

These days the menu is a bit fussier than when Miss Kitty's first opened. Poutine is still on the menu, but it's been turned into an entree and sits alongside deep-fried brussels sprouts; oysters with raspberry and shallot vinaigrette; and mac'n'cheese with optional lamb neck and pecorino.

The North American influence isn't felt too strongly in mains such as fettuccine with oxtail ragù; pork chop with refried beans; and a colourful salad of sweet potato, broccolini, zucchini, lentils, macadamia and herby salsa verde. Those who miss the old, brasher version Kitty should make for the fried chicken waffles with maple bacon and cranberry ice-cream.