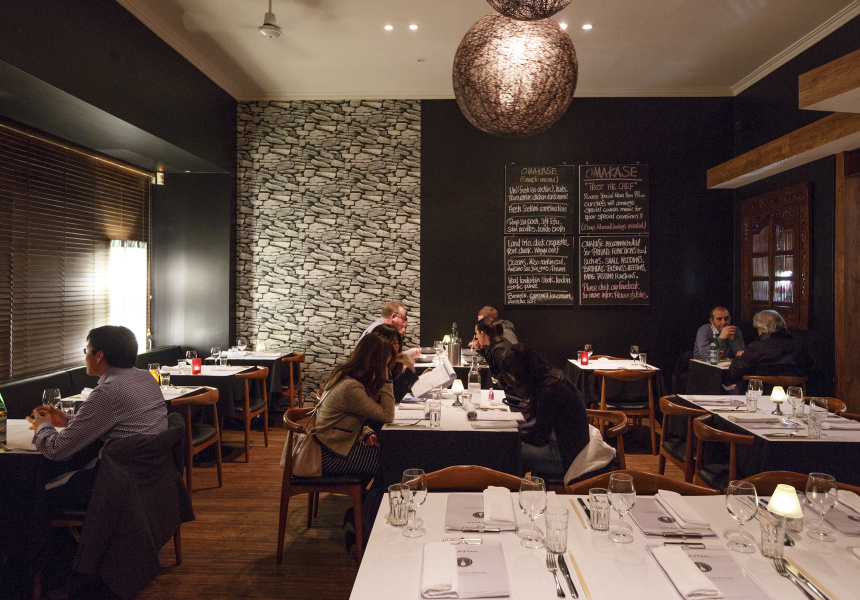 Nine Fine Foods has been putting its modern stamp on Japanese food since 2003. It’s an unassuming venue that lets the food express its personality. Some things remain unchanged since opening night, such as the tobiko caviar angel-hair pasta in rice-wine sauce, a winning combination of Japanese flavour and Italian comfort food.

Many of the dishes bridge the gap between Japan and Europe, such as the roasted salmon and scallop with yuzu mascarpone; and the beef fillet with mash, mushrooms and creamy sake sauce. The matcha brûlée is another spot-on combination of flavours, with a hint of green-tea flavour.

There’s two ways to dine here: make your own selections from the three, four or five course menus, or omakase: trust the chef. With chefs from Tetsuya’s in Sydney and Tsunami in Mosman Park at the helm, working for original chef and now owner Muneki Song, you’re in good hands.

The omakase option is a degustation of seven dishes which change regularly and aren’t on the ordinary menu. It has to be booked in advance and you can indicate any “wish list” foods, such as a particular seafood, which the team will try to accommodate, depending on seasonality. Bring your own wine (it’s BYO only) and Roberto Tanaka’s your uncle.