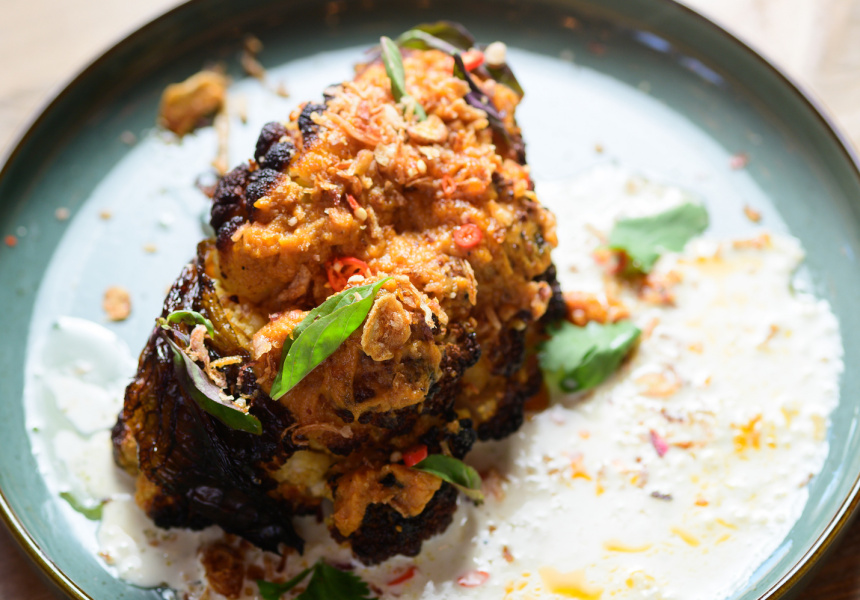 The heritage building – WA’s first synagogue, which had been vacant for almost 20 years – has been revitalised by Ross Drennan and Drew Flanagan of Nokturnl Events, whose portfolio includes Oktoberfest in the Gardens and New Year’s Eve festival Foreshore.

The two-level restaurant has a striking fit-out; the highlight is a web of hand-blown lights suspended from the lofty ceiling. It’s an elegant room with an appropriately cathedral-like feeling. Exposed brickwork and black metal structures reinforce the merging of old and new.

The food here is mostly Southeast Asian with nuances of Chinese, Szechuan, Japanese and Indonesian. The menu is separated into bites, grazing plates and feasting-size dishes. Plates range from dumplings and beef tataki to whole-fried baby snapper and togarashi spiced rump cap. Most of the menu is gluten free. The signature red duck curry is as fragrant as advertised, and likely to become a go-to dish for repeat diners. Other highlights include the salt and pepper oysters, satay pork ribs and lime-cured scallop salad. Depending on where you stand on the burn factor of Long Chim’s famously brutal Chiang Mai-style larb, the comparatively muted chilli content in Tonic & Ginger’s duck larb will either inspire disappointment or relief.

For drinks, the beers here – both on-tap and bottled – are mostly Asian. They're complimented by a predominantly Australian wine list and a whisky selection with a focus on Japanese producers.