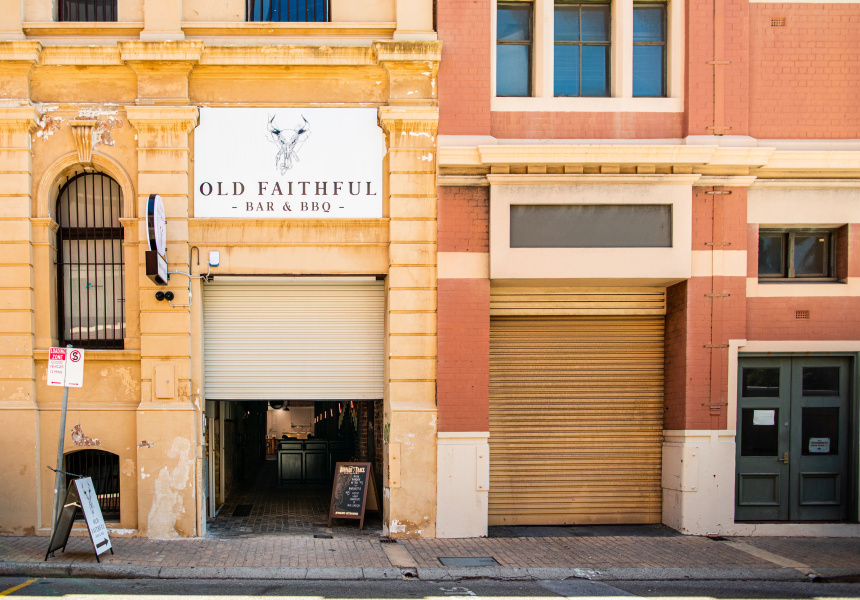 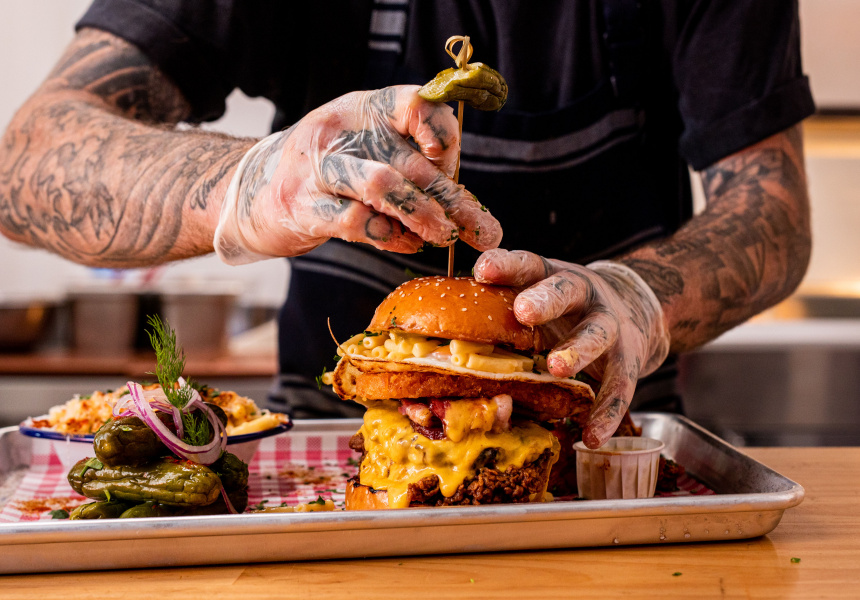 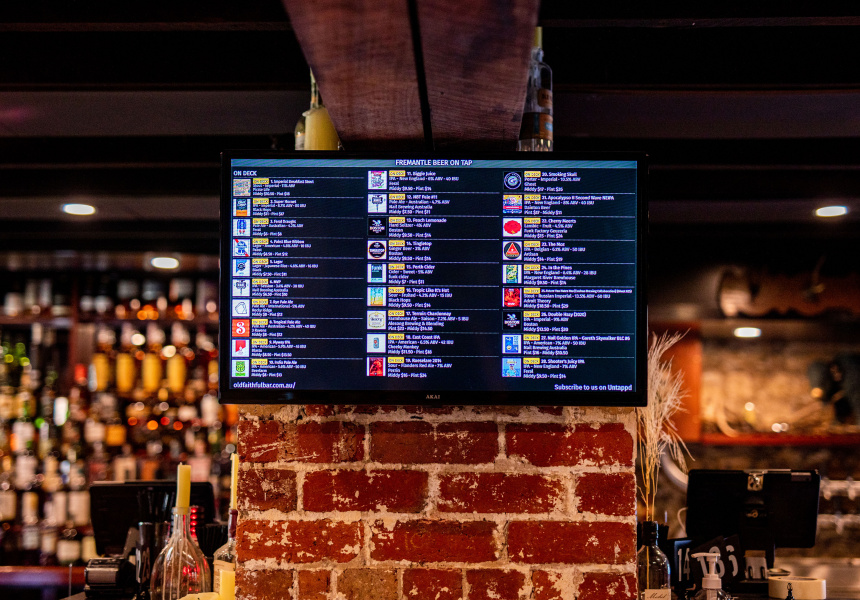 Old Faithful Bar & BBQ has consistently served some of Perth’s best barbeque since opening on King Street in 2014. Current owner Rob Paolucci took over the venue (originally co-owned by his parents) in 2017 and has now launched a second venue in Fremantle’s resurgent west end. It’s an appropriate addition to Pakenham Street, also home to Bread in Common and distillery Republic of Fremantle.

The basement bar and restaurant is in a 130-year-old heritage building (originally a liquor merchant and more recently a clothing store and then a wedding venue). Its handsome fit-out was largely completed by Paolucci and his father and complements the historic site – and its original exposed-brick walls and pillars – with leather chairs, barrels and a striking wooden bar.

Despite its size, the 200-capacity space is still warm and inviting. Customers can choose to sit in the comfortable warren-like bar or the outside laneway, which has an open beer-hall feel similar to the King Street venue. The bar has 32 taps, double that of King Street, with a strong emphasis on WA beer including Nail, Feral, Beerfarm and Boston Brewing. Whatever your preferred style of brew, expect to find at least two to choose from. Pints start at just $8 for Feral Draught.

Whiskies range from $6 to $110, including some hard-to-find varieties that were originally part of Paolucci’s private collection. Two taps are reserved for batch cocktails; simply choose a whiskey or gin for as cheap or expensive a Boulevardier or Negroni as you like.

The menu includes the familiar selection of smoked meats and sides, from brisket, ribs and chicken to mac‘n’cheese and fried maple potatoes. There’s also an expanded range of burgers and sandwiches, plus plenty of platters loaded with the lot.