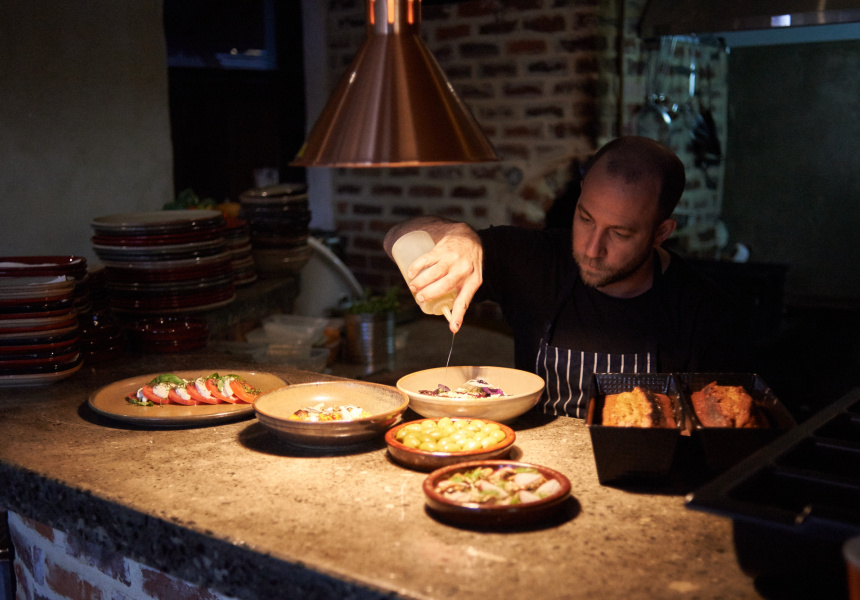 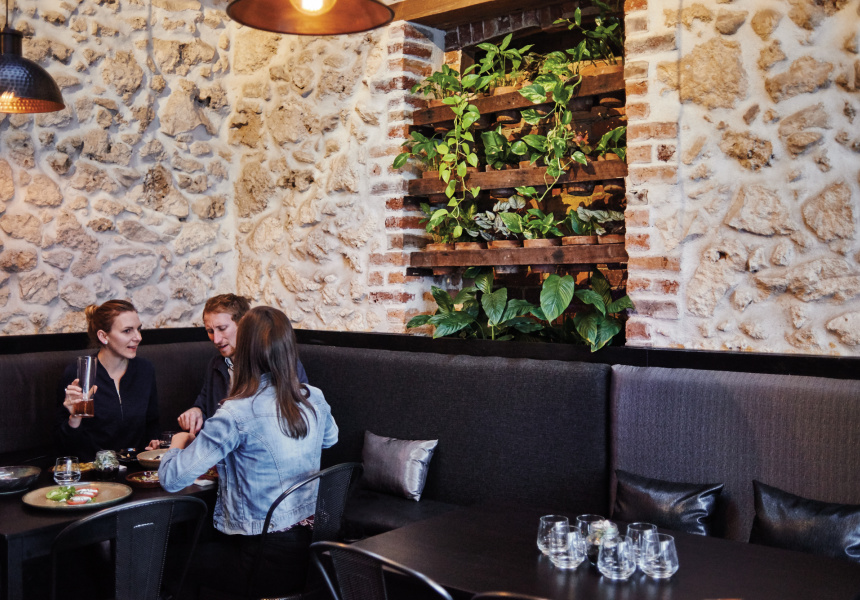 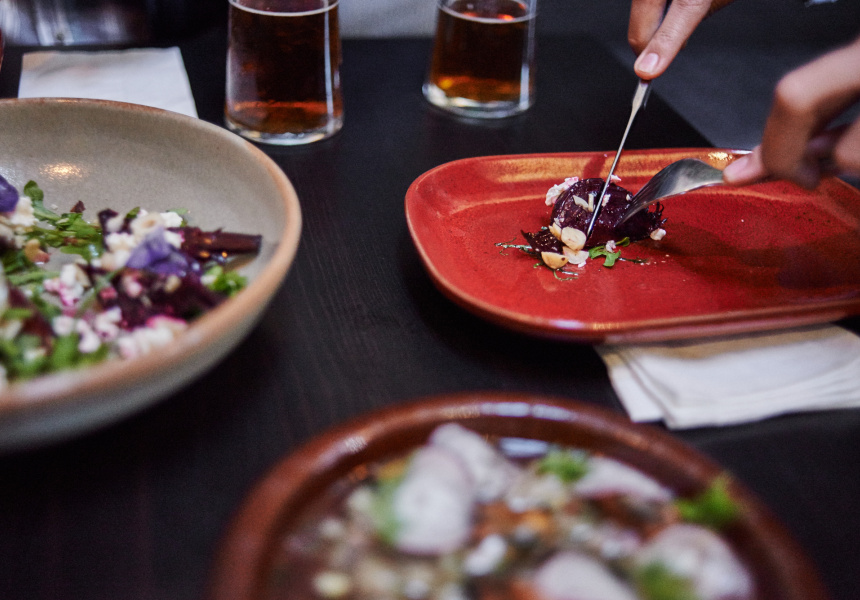 Kenny McHardy has serious credentials. His career includes stints at London’s two-Michelin-star mainstay Petrus, Walter’s Wine bar in Melbourne and Due South in Albany. With Manuka Woodfire Kitchen, his first solo venture, the Kiwi is literally playing with fire.

McHardy works his tiny kitchen alone, using the wood-fired oven for everything from bread and pizza to vegetables and meat. Away from the oven he’s fermenting more than just his bread dough – vegetables bolster the pantry stocks.

The menu consists of just a few dishes each day because McHardy’s approach is to mine the seasonal possibilities of Western Australia by creating relationships with producers, whether they’re growers, or makers of wine, cider and beer.

Thus dishes might include baby beetroots, their earthiness enhanced by smoke and a char that skirts the fine line between under and over. Chicken gets the same treatment to maintain moist meat and to deliver crisp skin. Away from the oven you might try potato gnocchi with Manjimup truffles.

The drinks list pays similar respect to locals, drawing beers from Margaret River’s Colonial Brewing, and a concise list of approachable reds and white wines from around the state. 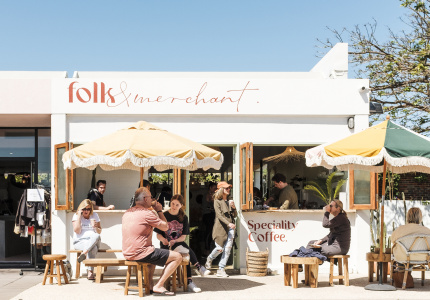