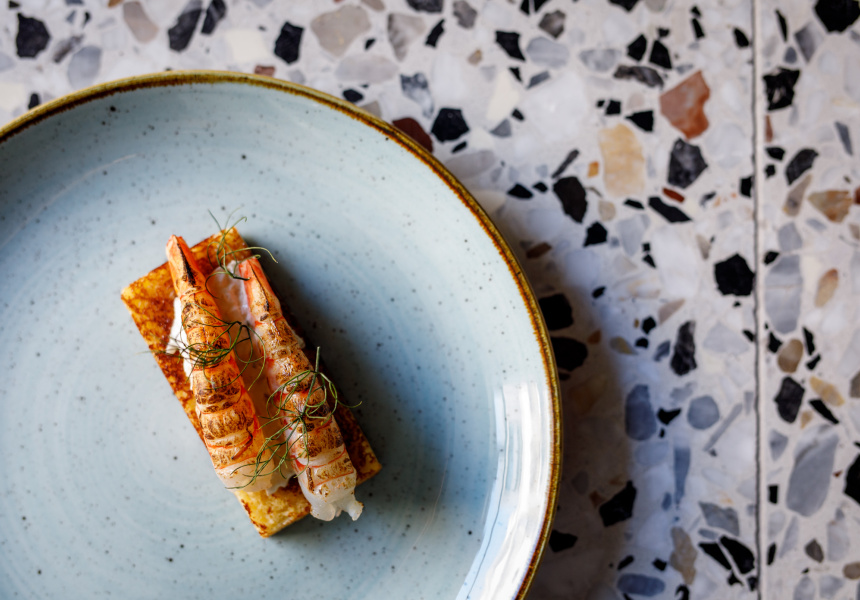 Republic of Fremantle – an ambitious urban distillery and bar – finally opened in a sprawling warehouse in Freo's west end in late 2020, following an initial announcement in 2018.

The distillery is a joint venture between Fremantle locals Jason Townes and Matt Giudice (the partners behind Fremantle’s Ronnie Nights and Strange Company) and John McVeigh. Master distiller Ollie Kitson moved from the UK to take on a role overseeing the imposing, state-of-the-art Müller still, which was custom-made in Germany. While most distilleries bring in grain-based spirits to make their vodka and gin, Republic of Fremantle makes its own grape-based spirit using verdelho grapes from Oakover in the Swan Valley (chosen for its flavour characteristics and ability to produce a high-ABV wine).

The distillery started off producing one vodka and two gins – Full-Bodied and Aromatic – which use very different recipes. While both use the standard gin botanicals of juniper and coriander seed, the popular Aromatic variety aims to capture what Kitson describes as the “quintessential Australian character of a riesling”.

The public face of Republic of Fremantle is a sleek cocktail bar designed by leading Fremantle-based architects Spaceagency and overseen by head of hospitality James Pennefather (formerly of Bobeche and Tiny’s).

Food is by no means overlooked, with the bar menu comprising a selection of sophisticated snacks and sharing plates. Past dishes have included prawn toast; house-made crumpets with smoked roe, tomato, crème fraîche and spring onion; raw beef with mushroom and burnt butter; and a salad of stracciatella, nectarine, bitter leaf and dill. A tasting menu is available for those more focused on the drinks.

Cocktails showcase the house-made spirits, from well-known standards to some innovative numbers using “newer techniques and pushing the boundaries”, according to Pennefather. Retail bottle sales are also available. A selection of classic cocktails – think Martinis and Negronis – are pre-batched in 750-mill and 500-mill bottles and designed for sharing.

Republic of Fremantle also sells "citizenship" memberships that include awards such as bottles of gin, distillery tours and masterclasses. Three different membership tiers are available.