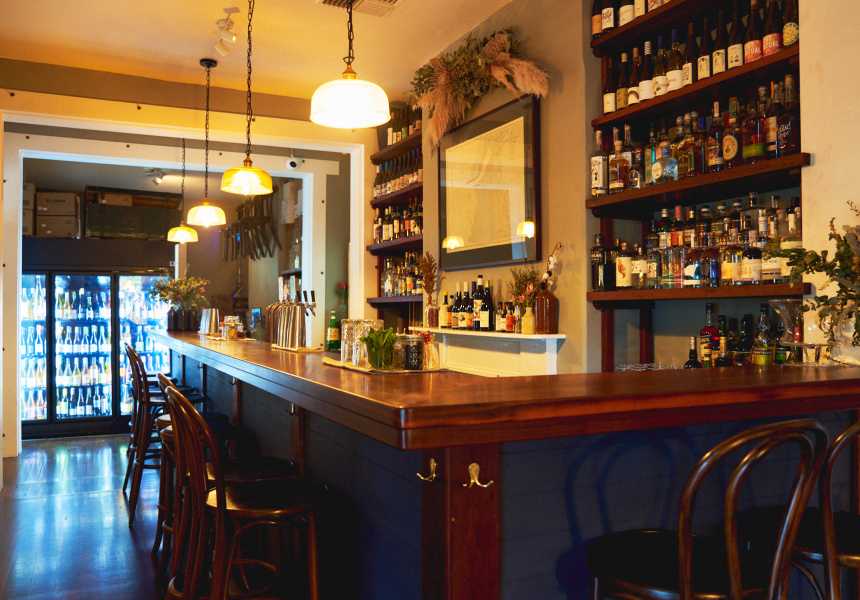 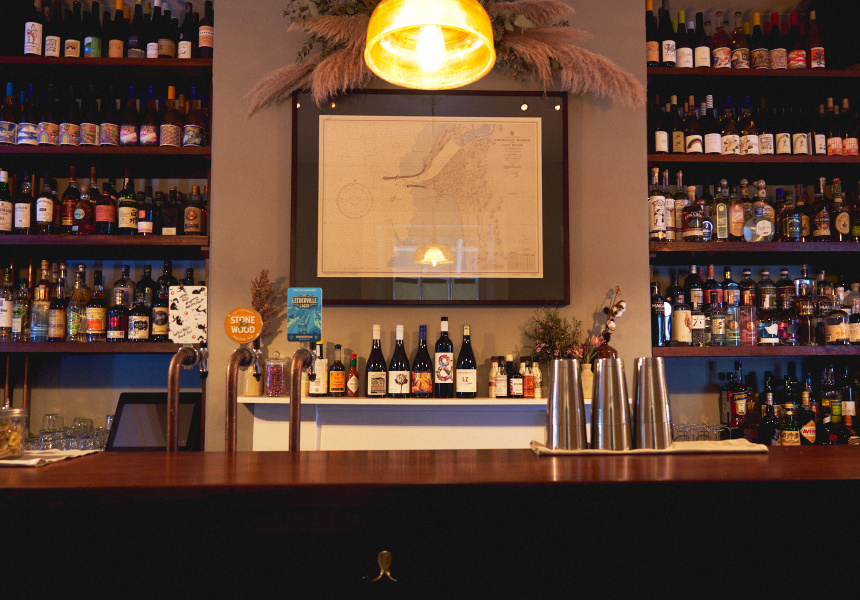 Nieuw Ruin, the much-anticipated spin-off from the Foxtrot Unicorn crew is a serious contender for the title of Freo’s best place to drink wine.

Wine is as much a design feature as the framed interwar real estate maps, vintage crockery and other ephemera that beautify this transformed, welcoming cottage – the former site of cafe Mister Finch. Chubby bottles of pet-nat sit broad shoulder-to-shoulder on shelving above a handsome dark timber table. Magnums are attractively arranged around a fireplace. Half-litre bottles from cult northern Italian producer Radikon elicit low whistles. By the bar, a fridge keeps the cool stuff cool.

While wine is the focus, cocktails and elegant food are another focal point. Head chef Blaze Young’s (ex-Madalena’s) contribution is a battery of gently tweaked small plates that draw broadly from the European continent. Joining Young in the kitchen is sous chef Jiordan McCamish, previously of the bustling Si Paradiso.

There’s an appealing English vibe to the menu, which might include crumbed pig’s head with mustard, rabbit and pork pie, curried fries and Eccles cake to finish. But it’s not all St John-by-numbers. You might also see crisps with tarama and smoked trout caviar, and sourdough flatbread partnered with a laver butter.

Young also offers homages to key figures in her life, from one of her former head chefs Alia Glorie (those devilled duck livers from Glorie’s Billie H era) to the Russian heritage of Rtshiladze via the salted monkfish “under a fur coat” – the colloquial name of the Russian and Eastern European dish shuba that features herring, beetroot, vegetables and mayonnaise (the vegetables, when arranged over the fish, look like a fur coat).