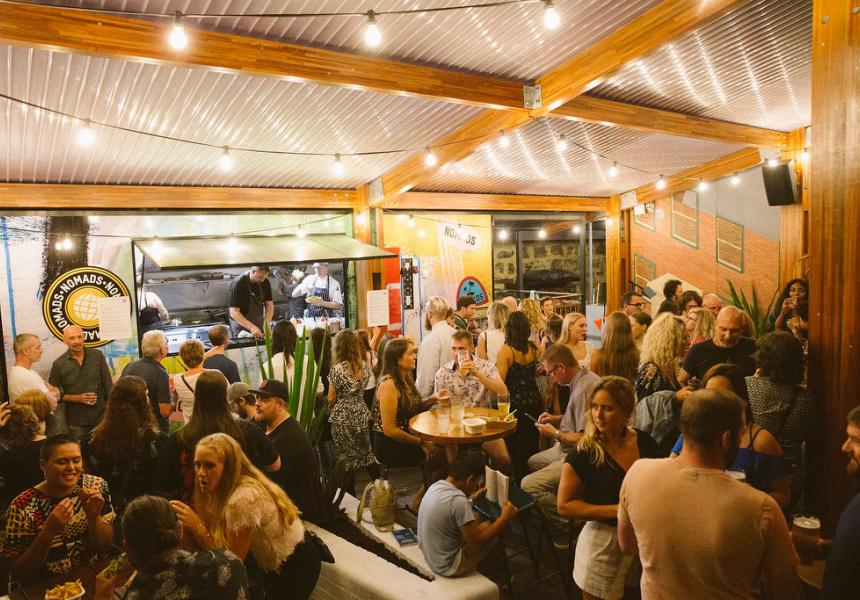 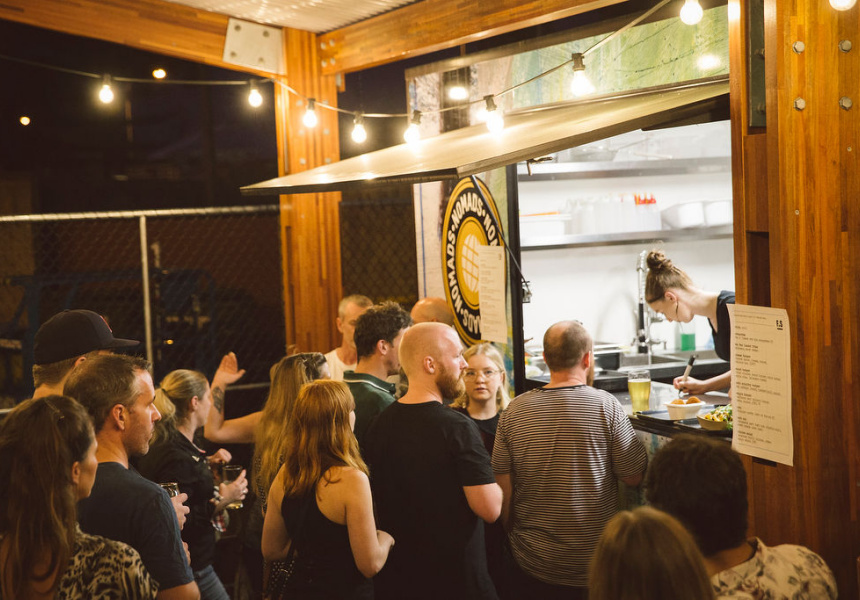 Freo.Social is the rebirth of legendary live music venue Fly by Night by WA-based hospitality group Triple-1-Three, the organisation behind Otherside Brewing Co. The new venue comprises a live music space, four bars, a permanent food truck, creative co-working spaces and a playground. The building dates to 1895 (it was originally an artillery drill hall) and has been renovated in cooperation with the National Trust. Local artists have provided artwork across the venue.

The entertainment hall has been upgraded with better acoustics, new sound systems and new green rooms. The flexible design accommodates standing gigs, dinner functions, theatre-style shows and community events. Maximum capacity for the venue is 900 people, but there are other configurations for smaller audiences and gatherings.

There’s no shortage of beer, with 56 independent taps spread across the venue. While the majority will pour Otherside brews, local and international craft beers will also make an appearance. Otherside will also be brewing some more experimental beers on-site in the 500-litre microbrewery. (Their core range will continue to be brewed at their Myaree headquarters.) While beer is the clear focus, there’ll be wine on tap too.

Freo.Social’s rotating food menu is overseen by chef Stuart Laws (formerly of Don Tapa) and served from a permanent food truck and roaming carts. The cheeseburger and fried chicken doughnut-burger are likely to be a hit with the crowd. One half of the food truck is about charcoal rotisserie and barbeque, the other side a more American diner-style offering.

The food carts serve a range of smaller, ready-to-go items such as tacos, burritos, hotdogs, paella, fried rice, ceviche and desserts. Function catering options include platters, a food-truck tab or – in the ultimate display of generosity – renting a food cart.