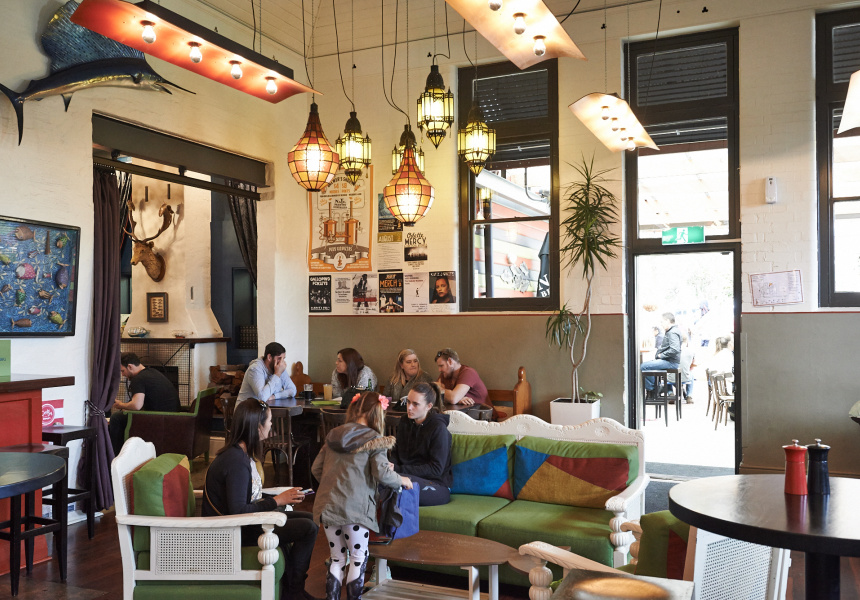 While you’ll now find a Clancy’s at City Beach, Applecross and down south in Dunsborough, it all started in Fremantle. There the team took the first ever delivery of Little Creatures; it’s a pioneer of craft beer back when it was just called beer.

The pub continues to support Feral, Nail, Last Drop and an ever-growing line-up of local brewers and those from all over Australia. It has collected a loyal following of brewers and beer lovers.

While hops are key to the story of Clancy’s, so is fish. The pub is known for its sustainable seafood menu, from barramundi to prawns and mussels. It sells more than 100,000 kilograms of grilled, steamed or deep-fried seafood each year. There are also plenty of veggie and meat options for those looking for turf as well as surf. Without pretention, it’s pub grub at its best.

True to the Freo vibe, the Clancy’s crowd remains truly diverse, from families out the back to weathered regulars at the bar, the odd tourist and beer geek drawn by the beer, food and live music.

On weekends there’s a mix of acts appearing, from soul and funk to alt-country, rock and beyond. Clancy’s may play to the masses, but it does so to its own egalitarian tune.