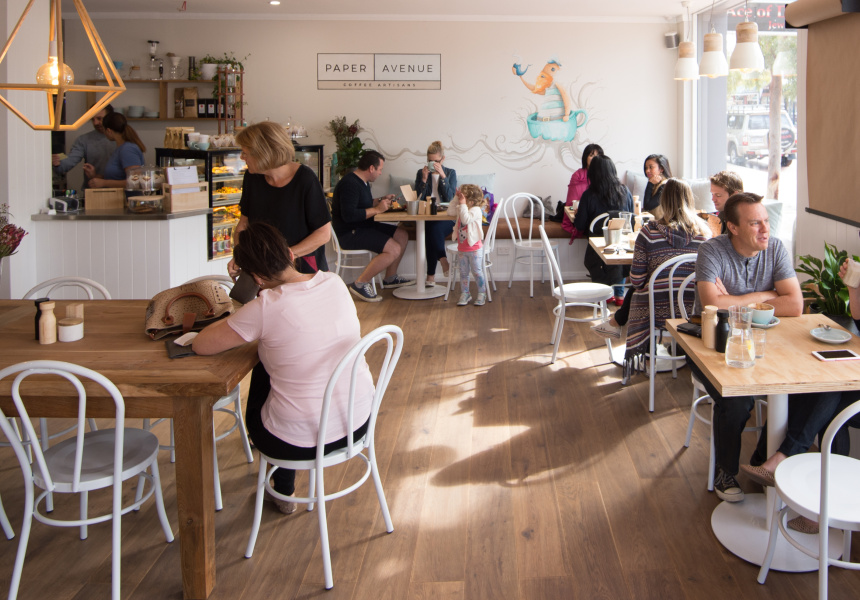 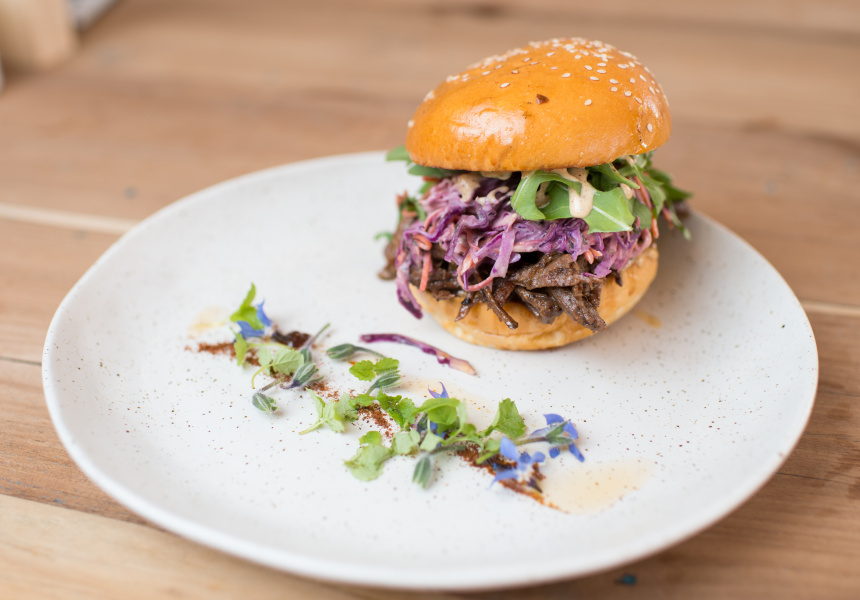 Childhood friends John Konstantopoulos and Justin Patterson grew up together in South Africa before their careers took them around the world. They’ve now settled in Perth with their families – Patterson eight years behind Konstantopoulos - and opened Paper Avenue Cafe in Joondalup.

“Individually we’ve been on different paths,” says Patterson. “I was looking to start something new, and it was a case of getting a job or making something of this gap that life’s given us. We decided as two families to take the opportunity and pursue our passion.”

Working closely with Melbourne roaster Locale Espresso, Paper Avenue’s vision is to bring artisan coffee to the northern suburbs. A range of brewing techniques are available, with a custom La Marzocco espresso machine serving as the cafe’s centrepiece. Ex-Wolf Espresso barista Donna De Bruin is in charge of coffee.

“The city itself is pretty condensed and very cutthroat,” says Konstantopoulos, a former IBM partner. “We wanted to be local because there’s nothing else here, and there’s a need for quality coffee. We want to change the perception you only get good coffee in Melbourne or Sydney.”

The drinks menu features a range of tea lattes using mixers from Cha Cha Tea with flavours such as strawberry, rosehip and apple.

The kitchen is run by chef Isaac Stickings, veteran of Perth’s Chez Pierre and Scotland’s Michelin-starred Three Chimneys. Breakfast is served all day with additional items available at lunch. The modern-Australian menu includes standard cafe standards such as pancakes and a breakfast bagel alongside more health-focused options such as house-made granola and pumpkin and quinoa rosti. Cakes are made on-site.

A mural from local artist Peter Ryan is a highlight of the cafe’s décor which has been styled by the owners and Konstantopoulos’s wife Erika, a former designer for Nike. Konstantopoulos and Patterson completed much of the fitout themselves, from painting and tiling to making the tables.

“It’s exciting when you can combine a skill set you’ve obtained over the years with something you’re passionate about,” says Patterson.