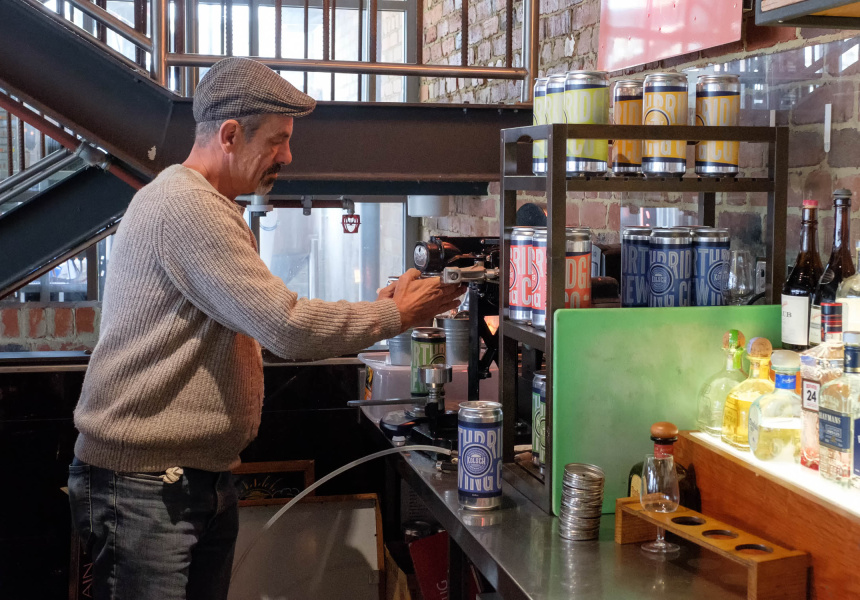 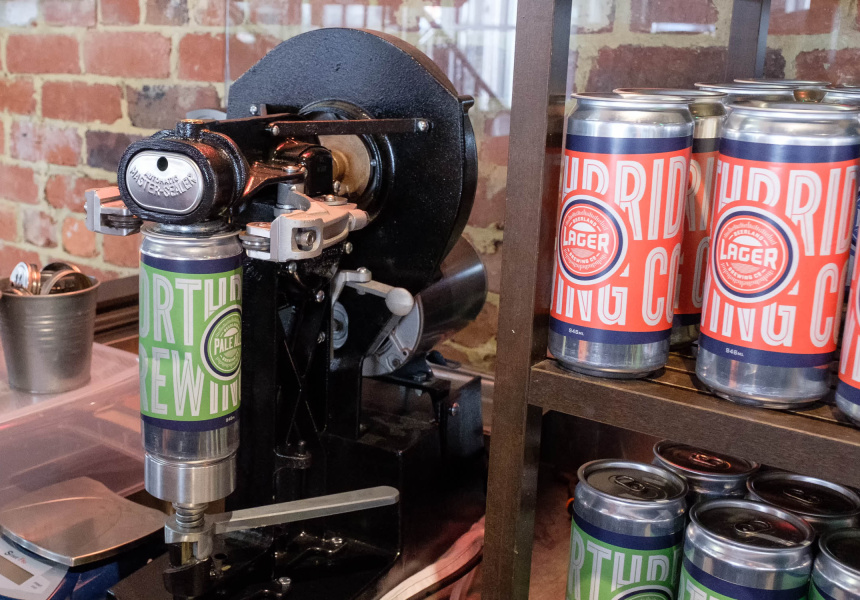 You know Northbridge Brewing Company (NBC). It’s the inner-city brewery with the perpetually heaving beer garden next to the grassy Northbridge piazza. More often than not, revellers get stuck into NBC’s range of beers brewed on-site. Now the fun times can roll on at home, because the beers come in a can. A very big can.

Enter the Canimal, a 946ml can filled with tap-fresh beer before being machine-sealed. All of NBC’s core five beers – lager was recently introduced to the range of kölsch, IPA, pale ale and wheat lager – are available in a Canimal, at $15 each.

NBC brewer Ken Arrowsmith says he first saw this traditional technology being resurrected by brewers in the USA. “A couple of craft brewers adapted food-preserving technology from back in the days when the midwest farmer would be canning carrots and so forth to keep for the winter,” he says. “The can manufacturer then developed new parts for use with modern aluminium cans.”

Arrowsmith says that although NBC is the first Perth brewery to adopt this technique, several local bottle shops have been using the system to sell craft beer from the keg. The initial interest has been fervent, with NBC forced to be “a little bit careful” with its Canimal supply till its next shipment from America arrives. In other words, don’t go emptying your Canimals too quickly (easier said than done, granted): they’ve got plenty of shelf-life in them.

“The beer keeps pretty well in the can, as long as you keep it refrigerated,” says Arrowsmith. “Because it’s craft beer, none of it is pasteurised. The packaging integrity is very good. It will keep in the fridge for a couple of weeks, no problem at all.”