Learn how to make your own cheese. 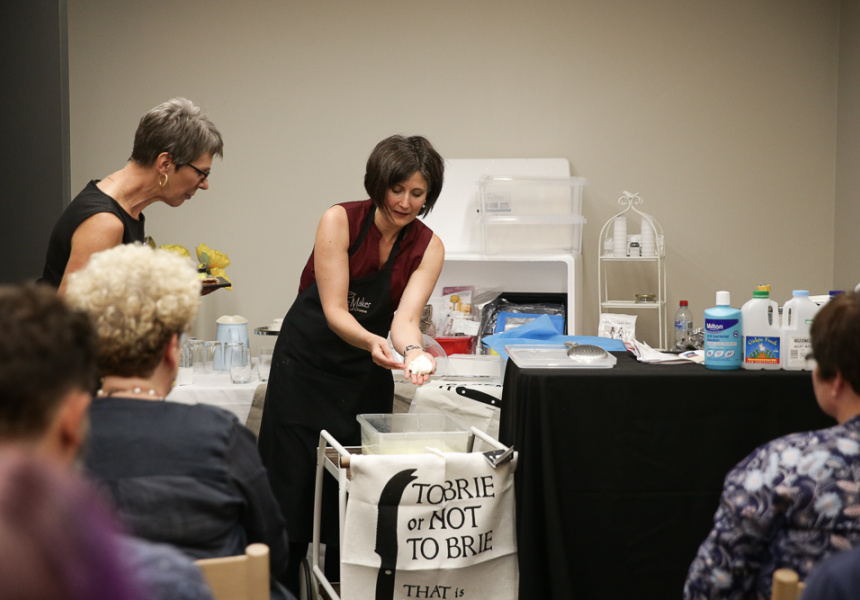 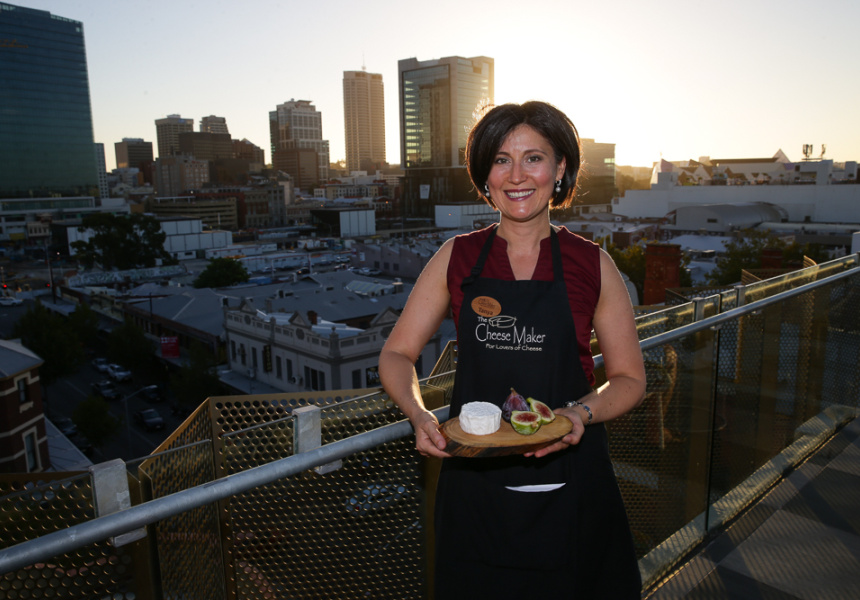 “Let me give you some salt, for waiting.”

This is the exchange between Tanya Barretto – owner of Swan Valley business The Cheese Maker – and one of her students, which concludes one of the more intriguing food workshops I’ve attended, although not for the reasons I expected.

It’s Thursday night and I’m attending a class at Shadow Wine Bar in Northbridge. It’s my first time at one of Barretto’s workshop and I’m clearly part of the minority. Most of those at Soft and Sexy in the City (we’re learning how to make our own Persian fetta and Bucheron) are repeat attendees. Several of them are working their way through every workshop Barretto offers. She remembers them by name, asking after their families. As the class concludes, she announces that everyone is free to leave when they’re ready. No-one moves.

Barretto’s cheese calling happened in 2009, when a friend brought homemade Camembert to a dinner party. She discovered that not only was it good, it was quit-your-corporate-job good. A quick Google search confirmed no-one in Perth was teaching home cheese-making and The Cheese Maker was born.

So why make your own? “A lot of people are interested in how their food is made, and making it more wholesome by reducing the additives or preservatives in their food,” Barretto says. “It’s a little bit of an art, and a little bit of a science, but it’s something that people can bring their own creativity to and make it to how they like it.”

Barretto suggests incorporating layers of ash or dried figs into softer cheeses, or wrapping them in booze-soaked vine leaves to introduce a little extra complexity to the cheese’s taste.

“People think they’re going to need a lot of equipment or space,” says Barretto. “That’s not at all true. What we’re trying to do is make it simple and practical, even in a very small space. We teach them they can use milk from the supermarket to make their own cheese.”

Crowd-pleasing haloumi, for example, goes from milk to pan and is ready to eat in 90 minutes. While practical advice is a major part of Barretto’s cheese-making philosophy, opportunities to dig deeper are also available including day-trips to a hobby goat farm for advanced students.

Barretto says she wants to introduce new classes and events to the curriculum and expand into a small commercial production facility. She’s also hoping to continue working with Perth chefs to develop cheeses for their venues.

“I ended up in the kitchen of El Publico a couple of weeks ago, working with the chef to help him create a Mexican cheese for a special project,” she says. “We’ve got some tweaking to do.”

The Cheese Maker will be at the year’s first Perth Upmarket later this month, offering tastings to promote classes and the pleasures of homemade cheese.

“I think [cheese-making] brings them a lot of joy and satisfaction,” she says. “It’s about giving people a good hobby, something that they can be proud of.”

Perth Upmarket runs from 10am to 4pm on Sunday March 26 at Winthrop Hall at the University of Western Australia (35 Stirling Highway, Crawley). The event features 180 art, design, craft and food vendors. Entry and parking is free.