The chef is swapping the NSW Southern Highlands for the Southern Forests this Truffle Kerfuffle. 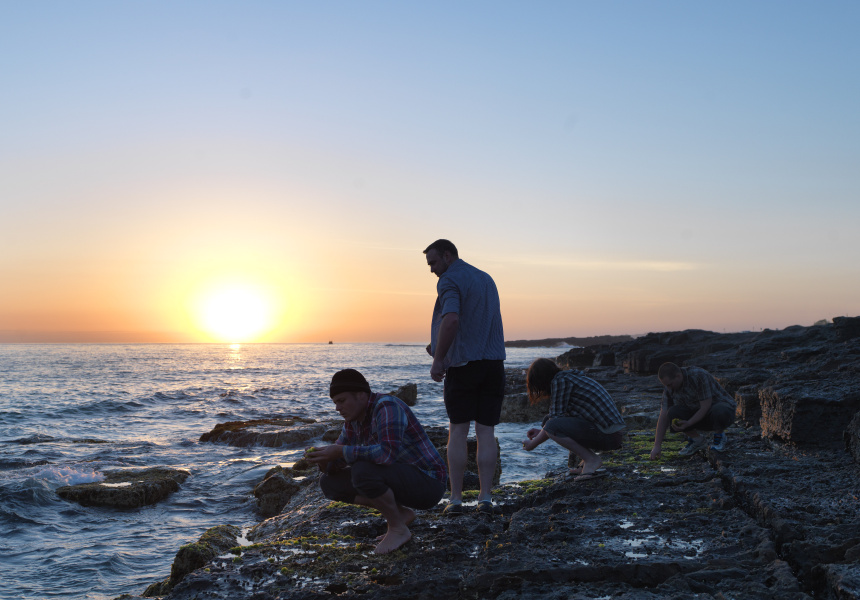 While working in Dubai six years ago, James Viles began missing his rural home: the feel of country soil, the possibilities of wild shoots and wayside sprouts, the connection between animals and nature. Most of all, he missed the spark that had made him want to cook for a living.

Born and raised in the NSW Southern Highlands – a stretch of historic villages around 100 kilometres from Sydney – Viles’s move to the Middle East put him a long way from his biota (pronounced by-OH-tah), the native flora and fauna of a region.

“I was an executive chef with 110 chefs and five restaurants underneath me,” he says. “It sounds glamorous and great, but when you’re sitting 100 floors up in the Arabian sky ordering produce on a computer from seven countries that you don’t even get to see, you’re not cooking. You haven’t got any connection with the ingredients whatsoever. It ruins your soul.”

With Viles’s 30th birthday approaching, he decided to return to rural NSW with his young family, opening Biota Dining in 2011 in the scenic Highlands country town of Bowral. It was a canvas Viles had painted on before: as a fledgling chef, he was stationed at a Bowral restaurant but wasn't yet tuned in to the area’s potential.

Set on 3.5 acres and surrounded by rolling hills, hobby farms and the occasion herd of goats, his restaurant and its dozen accommodation spaces underscore Viles’s connection with this biota.

“When I opened Biota, it needed to be simple and it needed to focus on our country,” he says. “The whole ethos and thought process about Biota is anti-what-I-did-before.”

Produce and producers form the core of the Biota experience, with the degustation menu constantly changing to reflect what’s in season. The restaurant’s Instagram gives a running commentary on everything from the property’s first elderberry crop to the lateness of this year’s rosehips. The team also grows its own herbs, plants and “all the little things we use to flavour dishes”, Viles says. After all, he’s in the countryside for a reason.

“I just don’t believe in doing a produce-driven restaurant in a city,” he says. “It doesn’t make any sense to me. The restaurant needs to be where the producers are.”

At Truffle Kerfuffle, Viles will team up with fellow local-produce advocate Kiren Mainwaring of Co-op Dining to present the From the Earth truffle-degustation dinner on June 25. Among the intricate, artfully plated composed diners can expect are red cabbage braised in a beef reduction and served with truffle; a mud-crab, egg, burnt butter and truffle concoction; and a dessert featuring native honey and truffle. As is the case in Bowral, Viles wants the menu to taste like and reflect the land it belongs to.

“It’s a really, really good part of the world,” he says of Manjimup. “I’ve done a lot of travelling throughout Australia in the last year and this is one of the reasons I came home. It’s such a vibrant and diverse country.”

Broadsheet is a proud partner of Truffle Kerfuffle.