What’s on the Menu at the New No Mafia

The William Street wine bar is reopening tomorrow with more space, more Italian wine and a new focus on pasta. 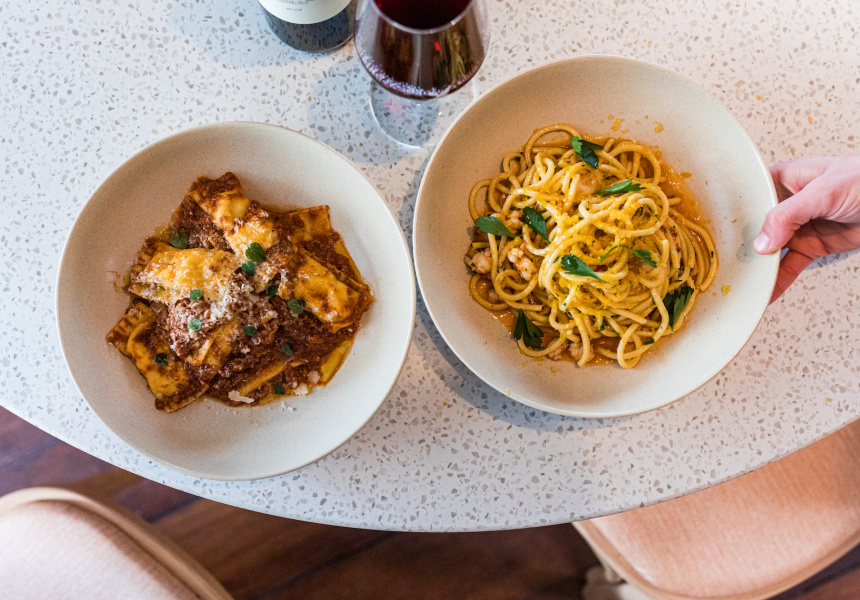 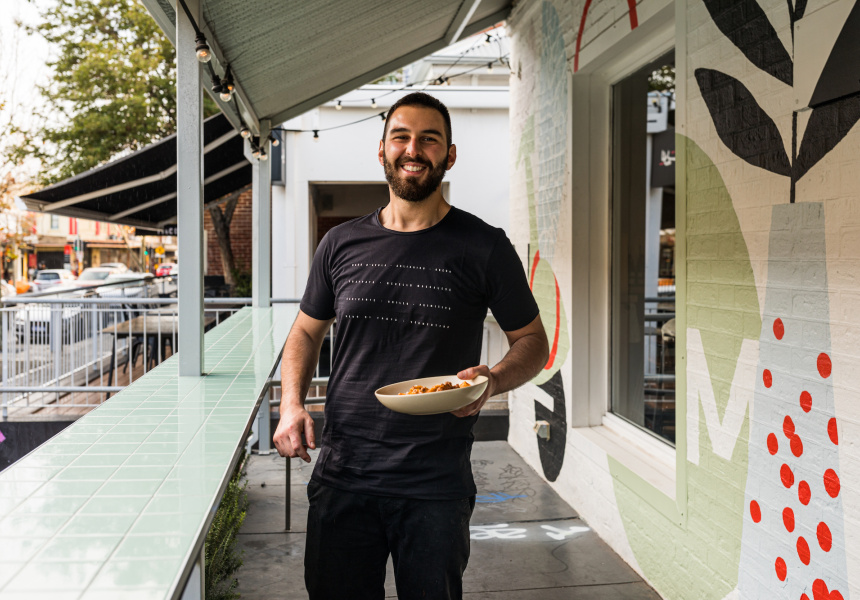 Rolling hills. Waterfalls. Lots of forest. Acquapedente, a town of 5000 in the Lazio region in central Italy, sounds like a beautiful place. Even the name says so: Aquapedente means “leaning water” – a nod to the area’s waterways and natural beauty. Also noteworthy is the town’s location: it’s situated close to the regional borders of Tuscany (to the north) and Umbria (to the east), so it has a range of cultural, linguistic and culinary influences.

“If people in Tuscany hear me talk, they think I’m from Rome,” says Leo Crescenzi, chef and Acqusiani (the demonym for people from Acquapedente). “If I go to Rome, they’ll say that I’m from Tuscany. And if I go to Umbria, they won’t know where I’m from. We have different accents right around Italy. You move 50 kilometres and it changes. It’s kind of cool.”

Just as some Italians might struggle to pinpoint where Crescenzi’s accent is from, the menu he’s written for the new No Mafia is equally nomadic. There’s suppli, for instance: crunchy, cheese-filled risotto balls that are Rome’s answer to Sicily’s arancini. There’s also mortadella and prosciutto di Parma, meats synonymous with the Emilia-Romagna region in Italy’s north. Sicilian green olives, meanwhile, speak to the southern-Italian focus that steered owners Dan Morris and Emma Ferguson's wine bar when it opened in late 2014. In short, if it’s Italian, it’s fair game.

Other than more space – No Mafia’s move from its original digs into the old Los Bravos site means capacity has increased from 50 to 120 – the new pasta dishes are the other big draw of No Mafia 2.0.

There’s pappardelle with braised duck (which Crescenzi says hints at the Tuscan influence on Acquapedente’s cuisine); spaghetti with prawn butter and smoked bottarga (the bottarga made by veteran fishmongers Kailis); and ravioli with bolognaise. While the pappardelle and filled pastas are made in-house, the spaghetti and other dried pastas are currently being brought in Vesuvio in Malaga. (The No Mafia team is awaiting the arrival of a Bottene pasta machine from Italy – then everything will be made in-house.)

Some aspects of the original No Mafia, such as the banquettes, have made the journey up William Street. And Sylvia Sciarri, a former No Mafia staffer (and Crescenzi’s partner), has returned to take on the role of restaurant manager. The bar’s focus on Italian wines and their West Australian doppelgangers remains steadfast. As for the new additions, colourful murals have been painted on the facade and there's a new outdoor spritz garden.

No Mafia opens on Thursday July 23. 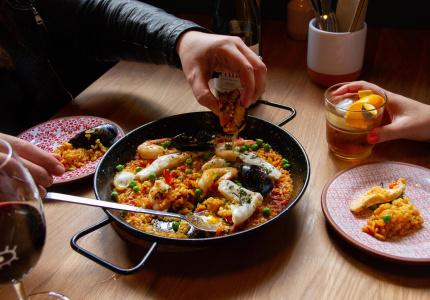 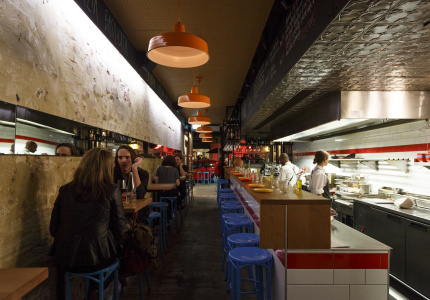