What’s On The Menu at Island Market Trigg 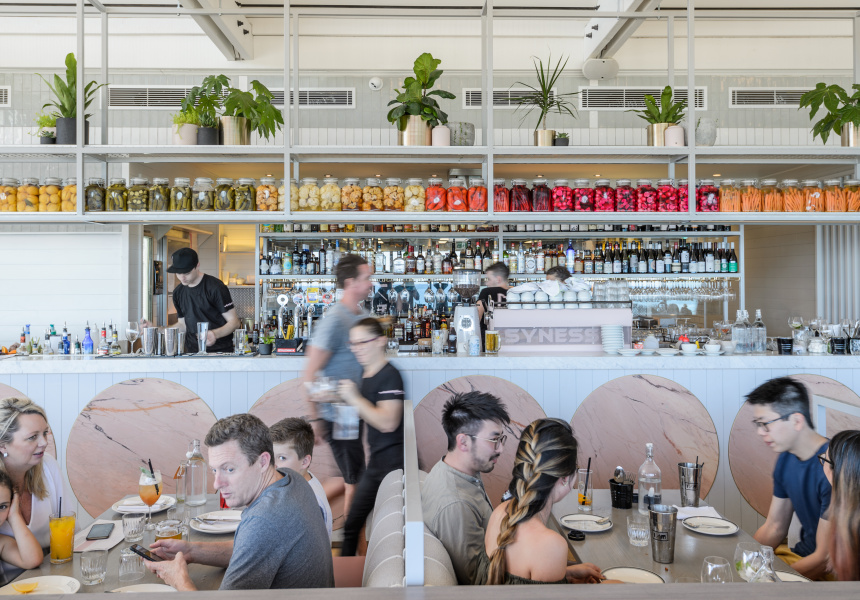 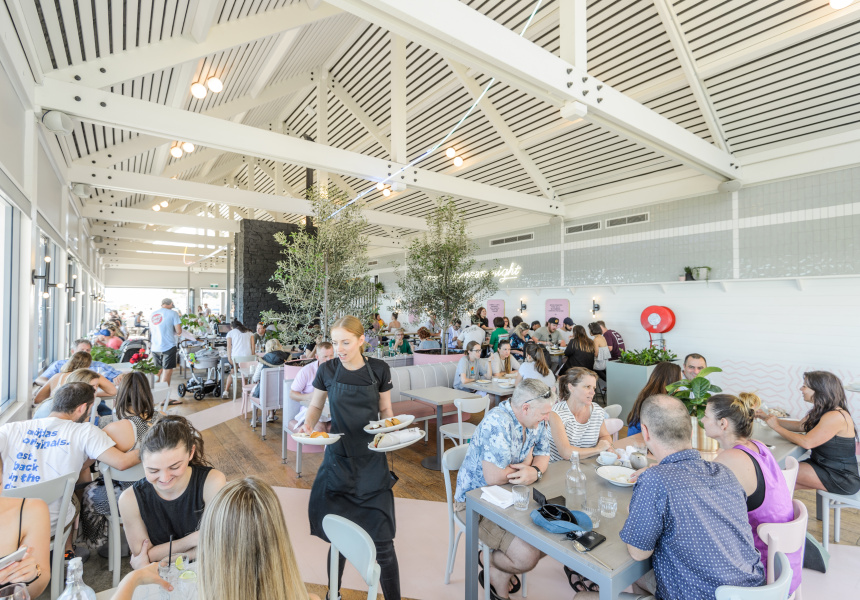 Veteran Perth chef David Coomer doesn’t like staying still. That’s certainly the case with the food at Island Market Trigg, the new identity of the former Kailis Trigg Beach. An edible mixtape of Middle Eastern spice, Mediterranean seafood and frequent nods to the backyard barbie – hello tinnies and fancy pavlova – this sprawling menu has all the makings of a summer hit. Yet Levantine-inspired deliciousness is only half of the Island Market story.

“I’ve formed relationships with a network of great farmers over the years and a lot of what’s on the menu is influenced by the things they grow and produce,” says the chef behind beloved Perth dining rooms such as Star Anise, Fuyu and Pata Negra. “How would I describe the menu? Let’s go with Levantine-inspired and approachable with a focus on pita, traditional dips and meats roasted over olive wood.”

Thus, Wagin duck gets a star turn in the kitchen’s wood-burning oven before being paired with crunchy kohlrabi and pear. Elsewhere, chicken wings get a similar high-temperature treatment, and juicy tendrils of octopus get paired winningly with crisp sails of chicharron, deep-fried pork skin. The latter is one of many successful throwbacks to Coomer’s Pata Negra era. Ditto those legendary churros (orange and cinnamon-spiked Spanish doughnuts) with Pedro Ximinez ice-cream and the black rice with cuttlefish many will remember as the Pata’s famous arroz negro. But Island Market is no Spanish seaside town cover band. Among the new, Iberian-inspired creations you should take for a spin: fat mussels teamed with peppers and dried lime, and a glorious wood-roasted pineapple served with an ouzo caramel and ice-cream flavoured with mastic, a tree gum common in the Mediterranean and Arabic nations. For those seeking a dish to make oven-roasted fruit desserts great again, look no further.

Food aside, there’s much to like about the rest of the Island Market experience. The airy dining room, for one, is bright and casual and manages to eschew the Hamptons-style cliches employed by other coastal restaurants. There’s a lengthy selection of citrus-driven cocktails and easy-drinking wines. Sweeten the deal with close-ups of Trigg Beach (yes, you should absolutely allow time for a swim before lunch) and you’re talking the makings of a summer hit.