A vital discussion on Western Australian food and farming is coming to the Claremont Showgrounds. Katrina Lane, by her own hashtagging admission, is #foreverafarmgirl.

Unsurprisingly, celebrating and championing primary producers has been pivotal to her career in food. It was a recurring theme during her tenure at Taste of Balingup, a fiercely regional cafe-slash-providore in the Blackwood Valley and the three Long Summer Table dinners she held in Balingup between 2013 and 2015. For her next trick she’s joining with Ai-Ling Truong – the one-woman army behind the wildly successful Food Truck Rumbles – to stage the state’s first food and drink symposium.

While the local calendar is rich in food events, FADS – the name of the event is both an acronym for food and drink symposium and a dig at fleeting food trends – will tackle big, not-especially-glamorous issues facing the food industry.

“It’s about talking and listening and not just eating and drinking,” says Lane, who cites food think-tanks such as MAD as influences for the event. “Terra Madre [the Slow Food movement’s biennial global symposium] was life-changing for me, and seeing people come together and having conversations they didn’t think they’d have, and learning new things was really inspiring. That’s where it came from.”

FADS will be held at the Jim Webster Pavilion at the Claremont Showgrounds and feature guests from around Western Australia and Australia. Among the speakers presenting on the day are Ben Shewry from Melbourne's four-time World's 50 Best Restaurants Best Restaurant in Australasia, Attica; Victorian farming advocate Tammi Jonas; chefs Guy Jeffreys (Millbrook), Sam Ward (Mas), Joel Valvasori-Pereza (Lulu La Delizia); and farmer Warren Pensini (Blackwood Valley Beef). Topics to be discussed on the day include life as an organic farmer; the challenges of running small, chef-owned restaurants; and the history of the state’s alcohol industry.

Despite Lane’s earlier comments, attendees won’t be going hungry on the day, and ticket-holders will receive lunch and morning and afternoon tea. In the spirit of the event, attendees have helped prepare dishes for the day including sausages, jams and chutneys. Afternoon tea will be a collaboration between Sophie Budd of Taste Budds Cooking School; community project 100 Hampton Road; and dessert and baking enthusiast Briony Whitton using produce saved by Food Rescue.

Lane and Truong have started a crowdfunding campaign to raise money and awareness for the event as well as to sell pre-sale tickets.

WA FADS is on Sunday May 28 at the Jim Webster Pavilion at the Claremont Showgrounds. Tickets are available online.

Updated May 1: This story has been updated to include new guest speakers. 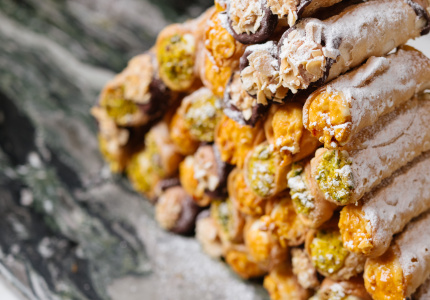 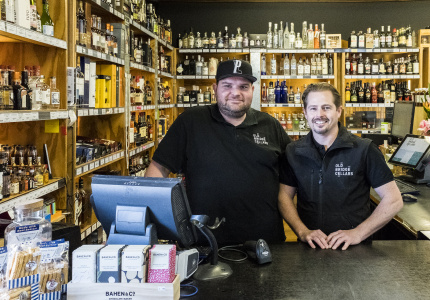