The Vic in Subiaco is Selling $3.50 Pints of Beer

“We’re not here to be irresponsible, we’re here to serve people good drinks and food at a great price.” 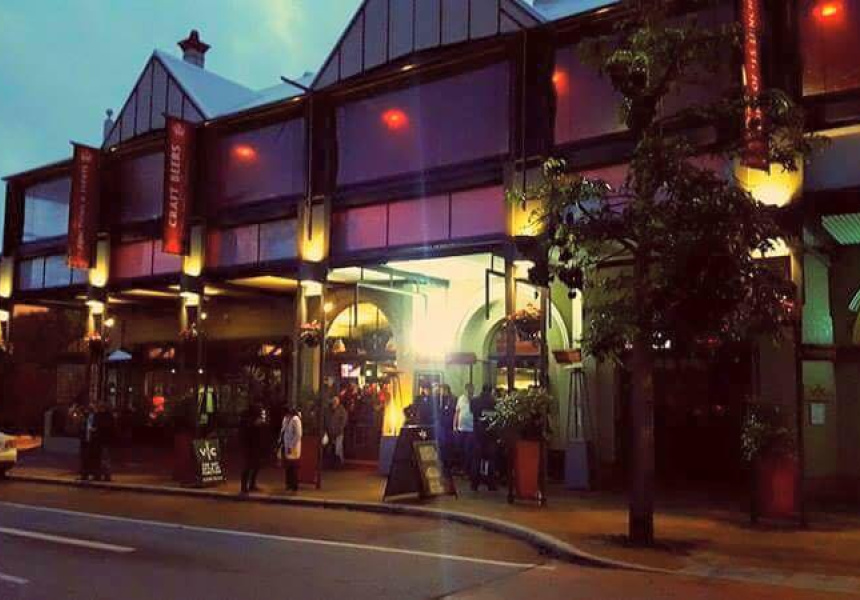 On Friday January 12, The Vic began selling pints of Rogers and Swan Draught for $3.50. Unsurprisingly, the Subiaco pub has been busy since with the venue regularly filling to its 545-person capacity on weekends. While the influx of patrons is keeping all the staff at The Vic busy, owners Joel Steinberg and Bevan Marwick might just be busiest of all.

Among the things Marwick and Steinberg have done in January: drive around town borrowing kegs of beer (at present The Vic sells close to 100 kegs of beer each weekend); hastily set up nightclub-style lines outside the venue to manage the crowd; hire 17 new employees, mostly to keep up with the demand for cut-price beer. Perth drinkers, one scarcely needs reminding, enjoy a bargain almost as much as they enjoy an icy frothy.

Equally unsurprisingly, the promotion – initially a response to fellow Subiaco establishment The Village Bar selling $4 pints – has generated plenty of social media traffic. According to Marwick, the offer’s initial Facebook post reached a quarter of a million people in its first two days. Although value-conscious drinkers have been quick to embrace the offer, others have questioned the wisdom – and even legality – of selling beer at such a heavy discount. The pub’s owners insist everything is above board.

“We’re not here to be irresponsible, we’re here to serve people good drinks and food at a great price,” says Marwick. “We’d rather see someone once or twice a week rather than once a month. It’s okay to go out and have a meal and a drink and not be out of pocket a ridiculous amount of money.”

“We don’t make a huge amount of money from the $3.50 pints, but people normally buy a more expensive item within half an hour or an hour of coming,” says Steinberg. “They’re staying and enjoying the The Vic as a whole. The food, the atmosphere, the service. As long as people come in to enjoy the venue and not just enjoy the cheap beers, it’ll continue.”

When the conversation turns to responsible service of alcohol, Steinberg points out that Rogers – one of the beers available as part of the offer – is a mid-strength. In an effort to stamp out binge-drinking and stockpiling of drinks, bartenders must be able to view all the people ordering the drinks. Since launching the promotion, The Vic has only had to evict one patron and Steinberg describes his clientele as a more mature crowd out to socialise rather than just drink.

“We’re finding we’re not getting hooligans just coming in to get drunk, but people who are enjoying the venue,” he says.

Yesterday, the pub announced it would continue its $3.50 pint offer in February with Rogers and Hahn Super Dry the two beers available. While Steinberg admits there has been “some contention” with suppliers of the January beers over the discounted beer, he says he has also been approached by other beer distributors keen to be part of the offer.