An Urban Distillery Is Opening in Fremantle

The port city's first distillery will transform wine into gin. 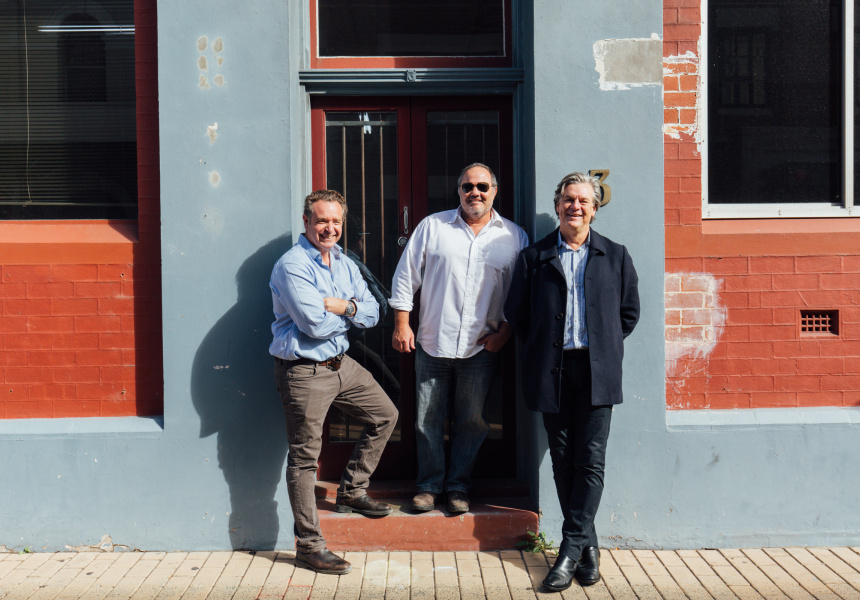 Self-confessed Fremantle parochials Jason Townes and Matt Giudice have made more than their fair share of investment in the port city. The duo’s past projects include Strange Company and Ronnie Nights, plus Giudice helped build Bread in Common. Now they’ve joined with Townes’s long-time friend John McVeigh to build a gin distillery and accompanying venue in Freo’s west end. Enter Republic of Fremantle.

“We were thinking small scale but it’s grown much bigger,” says Townes. “We’ve been researching seriously for three years and secured premises on Pakenham Street the same size as Bread in Common. Instead of woodfired ovens we’re building the distillery down the back.”

Townes is confident that gin is not a fad and that there’s a long way to go before local interest reaches the level seen in the UK. As gin is flavoured using other ingredients, he believes gin can be talked about like wine. Republic of Fremantle is taking that analogy a little further by distilling its spirit from wine.

“There’s only a few distilleries in the world that make their spirit from scratch, and out of those there’s only a few that do it from grape,” says Townes. “We’re doing that because we’re in Western Australia, it’s a natural resource.”

The distillery will partner with Mount Barker-based winery Plantagenet Wines to make its spirit. The finished venue will be a 350-seat bar and restaurant, and a make-your-own-gin experience will be a core part of the offering.

“We’ve visited some of the best distilleries in the world,” says Townes. “Some of them have a hospitality offering but it often feels like a bit of an afterthought. We think that mixing a standalone venue with the experience of the still will be well received.”

The Republic of Fremantle’s still is being manufactured in Germany and there’s plenty of work to do before cracking open the tonic.

“We’re not in a rush; we’re not looking for overnight success. We’re looking to build a solid foundation,” says Townes. “Sourcing grapes from the south west for your underlying spirit is not the cheapest way to go but we see it as investing in the integrity of our product. We want to become an export success story for Fremantle.”

Republic of Fremantle expects its still to be operational later this year. The attached restaurant and bar is due to open in 2019.

**Update June 6 2018: this story has been edited to clarify the partners' involvement in previous Fremantle venues.