They’re teaming up for one night only. 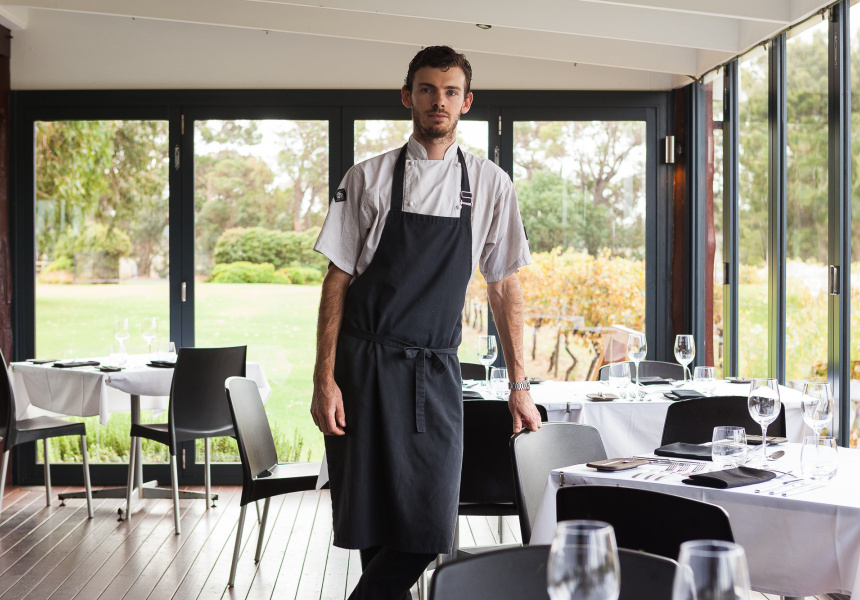 Were you one of the 27,000 people on the Noma Australia waitlist last year?

This July, fast-acting diners can get a second bite at the proverbial (native) cherry when two of the chefs who cooked at Rene Redzepi’s Sydney pop-up unite for a one-off dinner. Best of all, you won’t have to travel to the Emerald City or Copenhagen to dine: just to Margaret River.

On Saturday July 8, Wilyabrup’s Knee Deep hosts a collaboration dinner that sees the restaurant’s chef Baxter Newstead join forces with former apprentice and local-boy-made-good William Wade, chef at Long Time No Sea on New South Wales’ South Coast. Both men met in 2016 while cooking at Noma Australia and Newstead is excited about the reunion.

“After working alongside Willy at Noma Australia as stagiares, I knew he was a standout talent,” says Newstead. “When he told me he was closing his restaurant for winter, we saw this as a golden opportunity to do a co-lab and bounce and learn off each other.”

So what’s for dinner? As you’d expect of a menu written by two Noma alumni, local ingredients will be front and centre: think Southern Forests marron, abalone from Augusta, duck from Wagin and – with any luck – the Albany snow crabs served at last year’s Noma pop-up (“Australia is the world champion of crab,” exclaimed Redzepi at the time, “this is the best crab I’ve ever had.”). Guests should also come hungry: between the snacks, 12 courses, petite forts and other “extras”, the boys estimate dinner will consist of some 30 items.

Despite the size of the spread – never mind the amount of prep work involved for such a menu – the guys have kept the buy-in for the event relatively low ($160 for food only).

“The plan is to break even and not make any profit,” says Newstead who took over the kitchen at Knee Deep in January. If this first dinner is successful, he plans on hosting future guest-chef series. “We want to put together a menu that blows people’s mind. We want to use the best that WA has to offer and not hold back.”

Diners hoping to snag a seat should be similarly bold in endeavour: spaces are limited to just 35 and the Newstead-Wade show is in Margaret River for one night only.

The Knee Deep & Long Time No Sea Collaboration Dinner is on Saturday January 8 at Knee Deep. Tickets are $160 per person (food only) and available online. Beverage pairings are available at $100 per person, or $80 for a driver’s juice and wine pairing. Bus transfers to Margaret River and Dunsborough will also be available.