Up Town Opens in Cottesloe 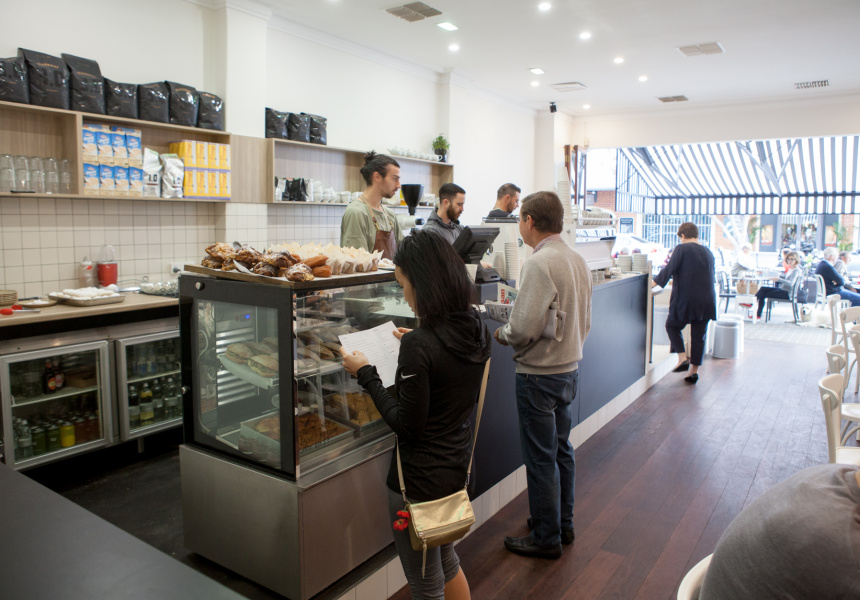 Named after the New York neighbourhood, the cafe’s fit-out is a study in less being more. Grey banquettes and white furniture decorate the fresh-faced room. Walls are unadorned save for photos of Brooklyn street dancers taken by a friend of the Arnolds. But while America informs the cafe’s name, the menu draws influence from closer to home.

“People say ‘modern Australian’, but we wanted to go one step further and use a lot of native ingredients,” says Phillip.

“Once we explain it and they try it, they love it,” he says.

Many of the dishes are gluten free, including the ash damper, which is served with pork hock cooked in paperbark. Standards such as eggs on toast are available for those after something more traditional.

The boys’ mum, Hellen, has introduced some of the family’s Greek heritage to the menu. She bakes the baklava, kourabiethes (shortbread) and galaktoboureko (vanilla slice) displayed on the front counter.

As you’d expect from two baristas, coffee is a strength. The roast comes from Melbourne’s Code Black and the brothers tend a Synesso machine.