Western Australia’s biggest beer festival returns. Whether you’re a brewer, part of the industry or a fan, there’s something for you. 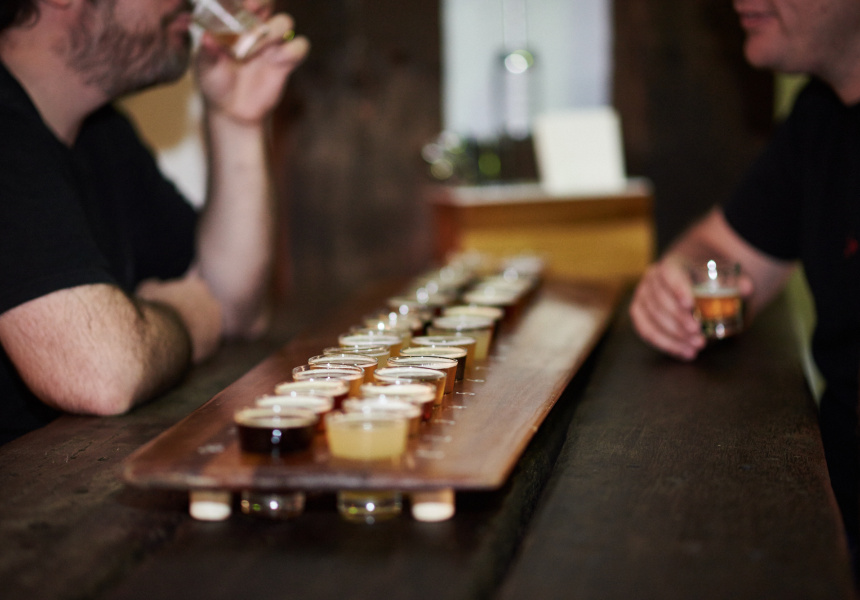 With so much on during the festival, we’ve pulled out five picks to get you started.

Fremantle Beer Fest
Back for its fifth year, the Freo BeerFest is an official satellite festival lead-in to WA Beer Week and it showcases 52 of the best craft brewers, cider makers and distillers in Western Australia.

Running over November 11 and 12, and presented by Little Creatures, the festival takes over the Esplanade Park at Fremantle for a weekend of brew-focused revelry. Twelve stalls will serve gourmet street food and a live-music by Australian acts such as Kid Kenobi, Ash Grunwald and Kav Temperley from Eskimo Joe. Cooking demonstration and brewing masterclasses head up the experiential element, and fire-breathers, stilt-walkers and live comedy will add to the carnival atmosphere.

Brew and the Moo
Beer lovers in the north of the state won’t miss out: Brew and the Moo is returning to Hampton Oval in the Pilbara port of Dampier. Brewers at the one-day satellite festival on November 11 include Little Creatures, Cheeky Monkey, Colonial Brewing Company, Mountain Goat, James Squire and the new Whalebone Brewery from Exmouth.

Local chefs will serve beer and beef-inspired dishes including chipotle pulled Pilbara beef brisket served with Sriracha mayo on bao buns; beer and beef-infused paella; a pulled barbeque beef waffle burger; and a pale-ale-infused chocolate brownie waffle. Pick a spot at one of the picnic tables, pallet lounges and beanbags scattered around the grounds and watch the sun set over the sea.

“There is nothing quite like Brew and the Moo in the Pilbara,” says organiser David Yakas. “It’s an experience normally only available to residents in the metropolitan or South West regions.” Yakas estimates around 30 per cent of tickets are sold to out-of-towners who travel to Dampier for the event.

Note: There are no ATMs on-site, so bring cash.

Brew and the Moo

Bridges to Beer Run
Help kick off a new tradition at WA Beer Week by taking part in the inaugural Bridges to Beer Run on November 18. The six-kilometre loop starts and finishes at Victoria Park’s McCallum Park, crosses the Causeway, takes in Claisebrook Cove and Wyndam bridges and passes Crown Casino on the way. The event is strictly alcohol free, so stick to sipping water until you cross the finish line.

The nearby Dutch Trading Co. will host celebratory drinks for participants. The run’s $15 entry fee and a post-event “karma keg” - from which all proceeds will be donated – will go towards the Movember Foundation, which raises awareness about men’s health issues, including depression and prostate cancer. Elaborate moustaches optional.

From Ground to Glass
Winemaker-turned-brewer Ashley Huntington runs Two Metres Tall, a brewery in an old shearing shed located a stone’s throw from the Derwent River in Tasmania. Brewer Hamish Coates runs Rocky Ridge Brewing Co. from his fifth-generation family farm in Busselton, WA. Despite operating on opposite sides of the continent, the two brewers share a passion for using sustainably sourced local ingredients in their beer making.

The brewers will come together on November 19 during WA Beer Week for Ground to Glass at Dutch Trading Co., where they will shoot the breeze about everything from terroir to homegrown hops. A three-course dinner will match showcased beers with dishes prepared from produce grown on the brewers’ own farms.

From Ground to Glass

Beer to the Future
The Generous Squire head brewer Andy Scade has joined forces with fellow Little Creatures alumni Jason Credaro from Blue Mile Brewery and Rhys Lopez from Otherside Brewing Co. to create a one-off, limited-release beer in time for WA Beer Week. It will be “a double IPA with a hop twist,” says Scade.

The collaborative brew is all about showcasing one hop, Simcoe, in three different ways. The first process uses hop pellets, “the tried and true traditional way of adding hops to the beer,” says Scade. The other two methods use new technology. One is CO2 extraction, “where supercritical CO2 is pushed through some hops. It extracts the bitterness and flavour compounds out of the hops in a condensed resin – apparently smooth bitterness and concentrated flavours are what you get in the beer,” says Scade. “But none of us has tried this yet.” The other method uses lupulin powder. The hops are processed cryogenically in a nitrogen-rich atmosphere to extract the lupulin glands – the flavour and aroma part of the hops. “You end up with a really concentrated powder full of a big hop hit.”

To celebrate the beer’s launch, The Generous Squire is hosting Beer to the Future on November 22. Head along for a night of expert talks, beer tastings, tasty eats and $9 pints.

Beer to the Future